Milk: I want a cow more than ever 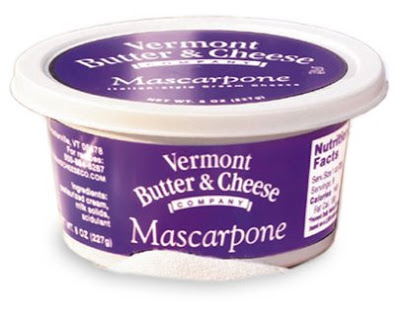 Too tired to structure a narrative, so:
-Whole Foods charges $6.50 for an eight-ounce tub of mascarpone, but you can make it in your very own kitchen using the simple recipe in Anne Mendelson's Milk and it will set you back just over $3. It's a fascinating and empowering process, making mascarpone, a dairy product I had always assumed you had to be either rich or Italian to keep in your fridge. Incorrect. Here are some other mascarpone recipes, in case you don't want to buy Milk. (Though you should because it's brilliant.) Aside from Lynne Rossetto Kasper's unbelievable semifreddo, I don't currently have many uses for mascarpone but it is so delicious I'm going to find some.
-Mendelson's saag paneer is vastly better than Mark Bittman's slapdash recipe, reinforcing my theory that he's an admirable generalist but whenever possible you should refer to a specialist.
-Why can my neighbors have a screeching leaf blower and we can't have a cow? Alright, I get why we can't have a cow, but why not two mini La Mancha goats? Is bleating anywhere near as irritating as a leaf blower?
-We're having this chicken for dinner which is from neither of my current cookbooks, but sounded so incredible I had to change plans. Also: barley pilaf cooked in whey from Anne Mendelson's recipe. After an hour on the stove it resembles gruel but tastes like risotto.
-I've been neglecting Fat, but have a full-Fat meal planned for tomorrow that includes carnitas, refried beans, and brown-butter ice cream.
Posted by tipsybaker at 3/31/2009 03:57:00 PM

Labels: Milk
Email ThisBlogThis!Share to TwitterShare to FacebookShare to Pinterest