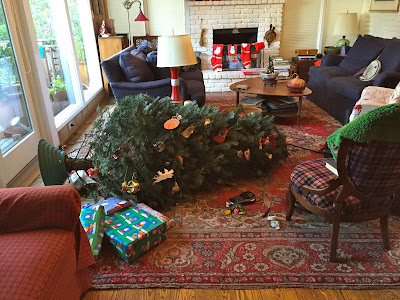 The Egg Lady and her oatmeal pie

At some point in the 1960s, a gaunt farm wife used to drive around Saginaw, Michigan in a rattletrap station wagon with her developmentally challenged daughter in the front seat next to her and deliver eggs and pies to people like the grandmother of Patty Pinner, author of the cookbook Sweety Pies. According to Pinner's grandmother, the so-called "Egg Lady" was married to "one of those kinds of husbands who leave the house and head for the corner store and you don't know whether they'll be back in six minutes or six months."

Pinner's grandmother was black and the Egg Lady was white, but unlike other white woman who visited the neighborhood in their fur coats, carrying themselves with the "poise of entitlement," the Egg Lady wore tattered housedresses. One day while the Egg Lady was transacting business with Pinner’s grandmother, her daughter got out of the car to play with Pinner. Unsettled by the girl's "slow, backward manner," Pinner refused to play with her, one of those trivial decisions you regret forever. All these decades later, Pinner wishes she could go back and apologize to the Egg Lady’s daughter. I have a few Egg Lady's daughters in my own past, shocking to say.

Anyway, that’s the gist of the 2-page headnote to the recipe for The Egg Lady’s oatmeal pie and it's a poignant standalone story with vivid characters, a glimpse of period race/class dynamics, a little drama, a moral, a conclusion. Headnotes like this are one reason I like Pinner's book so much. The Egg Lady's oatmeal pie is another. You wouldn't think that oatmeal could make an exquisite pie, but a lot of exquisite things have been made from very little -- Shaker chairs, Depression-era quilts, New Mexican tinwork -- and this pie is one of them. Three of us demolished all but one slice of the pie in about 20 minutes the other night, and the person who could least afford to finish it off the next morning did so. (For the record, I baked a half recipe in a 7-inch pan, so we weren't quite as piggish as that makes us sound.)

It's hard to describe this pie. It's a lot like chess pie -- with oats. Alternatively, try to imagine a very thin, pale pecan pie made with white sugar instead of brown, oats instead of nuts.

Or maybe just bake the pie and see for yourself. It could not be easier, cheaper, or better.

Preheat the oven to 350 degrees F and have ready an unbaked 9-inch pie crust. In a bowl, beat 2 large eggs, 1/4 cup melted unsalted butter, a pinch salt, 1 teaspoon vanilla, 2/3 cup sugar, 2/3 cup light corn syrup, and 2/3 cup old fashioned oats (not quick cooking.) Pour into crust. Bake for  35-45 minutes until the crust is golden and the filling fairly firm to the touch. Not too firm, though. You’re looking for a delicate crust over a tender jelly-like pudding, not a cookie. Cool. Serve at room temperature.

Isabel came home from college and went back to college, pies were baked and eaten, Jessica Jones watched in its entirety, and then the Thanksgiving break was over. Now it’s December and all hell is breaking loose in the world, but my tiny corner of it remains as placid as ever. The worst thing that’s happened to me lately is that I got a parking ticket and the goats broke into the neighbor’s yard. I guess Mockingjay was kind of disappointing, too. Into every life, some rain must fall.

*The easy 'Bolognese' sauce from Ruth Reichl’s My Kitchen Year is terrific, much more exciting than its everyday ingredients would suggest. Or maybe I’d forgotten just how satisfying a big, meaty red sauce can be.

Here’s the recipe: Chop 1 large onion and soften it in olive oil in a wide skillet. Add two smashed cloves garlic and pinches of red pepper flakes, salt, and black pepper. Cook until onions are translucent. Squeeze 1 pound Italian sausage (I used half mild, half spicy) out of its casing and add to the skillet. Break up with a spatula and cook until it’s no longer pink and raw looking. Add a 28-ounce can good-quality canned tomatoes along with most of the juices, crushing the tomatoes with you hands. (I followed the directions and bought expensive San Marzano canned tomatoes for the first time ever and I regret to say I think they actually made a difference.) Cook hard until the liquid evaporates then turn the heat down, add the remaining tomato juice, and cook slowly for 2 hours or more, adding a bit of water whenever the skillet runs dry. Stop replenishing water as you approach serving time. You want the sauce on the dry side, the tomatoes caramelizing on the bottom of the pan. Cook 1 pound pasta. When it’s done, toss with a couple tablespoons unsalted butter. Toss with sauce. Serve with Parmesan.

*I pulled Sweety Pies by Patty Pinner off the shelf at Thanksgiving like I do every year, but instead of just browsing through the recipes as usual, I sat down and read this charming and eccentric cookbook cover to cover. Pinner, the jacket bio notes, is "an employee of the U.S. Postal Service." I don't know what kind of a cookbook I'd expect a postal worker to write, but it wouldn't be this one, no offense to postal workers.

As you might guess from the title, the book is a collection of pie recipes. Accompanying each pie is the story -- often a long story -- of the woman who provided the recipe, or just inspired it. The stories have little to do with pies except insofar as the pies further a woman's goals of getting and keeping a man. This is book is about feminine wiles.

“When I was twelve, Frida, a wonderful matronly neighbor, taught me a tremendous lesson on how to handle womanly setbacks. When Frida’s handsome flirtatious husband Garfield left her, even though she was heartbroken she did not sit at home with a bottle of gin. . .” (lemon chess pie)

“According to a tale often told in my family, Sister Bernice Brock, a tall, plain-looking church woman who was as sweet as cherry pudding, had her sight set on Brother Varney, a confirmed bachelor, who got a kick out of entertaining the single ladies. . . ” (grits pie)

“Growing up there were two camps relative to catching a man - the ‘if you don’t chase after your intended some other woman will' camp, to which Mama’s friend Annabelle belonged, and the ‘if you start running after a man you’ll always be running after him’ camp, which Mama embraced. . .” (golden squash pie)

I could go on. Limiting myself to just three passages was hard. Men are presented here as philandering rascals who need to be tricked and tamed by cunning women, and invariably are. The tools of conquest range from tangerine-colored slips to chocolate meringue pie and if that makes you roll your eyes, Sweety Pies is not the book for you. Given that my grandmother thought everything could be solved with a little lipstick and that her last words to me concerned my weight, I am accustomed to this kind of talk and enjoy it.

As to the recipes, you’ll find the usual suspects (apple, pecan) but a whole chapter is dedicated to "cereal pies" and there’s wacky stuff like grape juice pie, orange Tang pie, and white potato pie. The recipes I've tried are solid: For Thanksgivings past, I've made Frankie's coconut pie (Frankie has quite a story) and Aunt Betty Jean's lemon pie and both were good. The other day I baked Pinner's mile-high lemon meringue pie and while the meringue wasn’t a mile high, it was still a lovely pie. The Egg Lady's oatmeal pie is cooling on the counter as I type. I just know Mark is going to swoon.