A few good things on a dreary January weekend 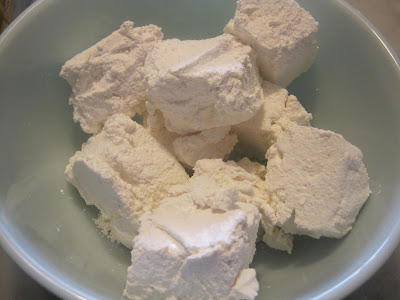 1. Made marshmallows with agave nectar, just to see how it works. It works and they were lovely, big and sticky. I don't understand how brown agave nectar yields a snow-white marshmallow,  but it does. I also don't understand agave nectar. I was under the impression it was healthier than corn syrup, but then I read this.
2. Since we had a surplus of marshmallows, Isabel and I made Rice Krispie treats with homemade marshmallows. They tasted just like Rice Krispie treats made with store-bought marshmallows, which is to say, delicious.
3. I had dismissed Matt Damon as uncrushworthy following Mr. Ripley and The Departed, but it turns out his lack of appeal in both those movies was just ACTING. I have reassessed after watching the first two Bourne movies this weekend with Owen and might need a picture of Matt to tape inside my locker. Jokes aside, what excellent movies! I like Franka Potente too, especially when she's got the red hair. Highly recommend.
4. Though it's no Soviet Kitsch, Regina Spektor's new album, Far, is fantastic. This is probably the only thought about music I will have in 2010 and possibly 2011.
5. Finally, my friend Mary P. came over last night and we baked a dobos torte, which is a multilayered Hungarian cake of extreme fussiness and decadence that her mother used to make and curse over. 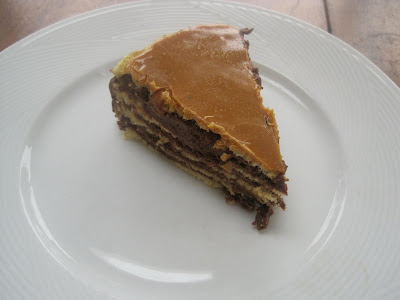 The luscious filling calls for 6 eggs, a quarter pound of chocolate, and a cup of butter, and the whole thing is topped with hard caramel. It was a culinary feat and not at all unpleasant to eat, though ours was a bit sloppy looking. Mary also helped take care of our superabundance of Meyer lemons by preserving them with salt, Moroccan-style. 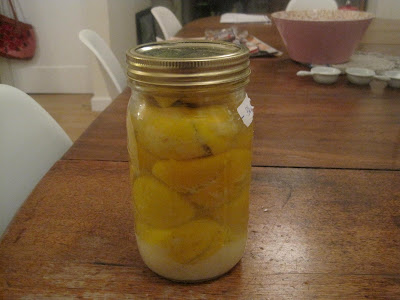