Fat & Milk: Lovin' both of you is breaking all the rules 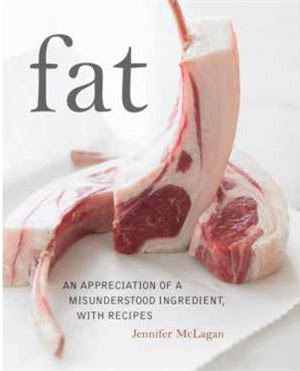 Though I remain fully committed to cooking through Fat (see how beautiful?) I've lately become obsessed with Anne Mendelson's Milk (see how elegant?) 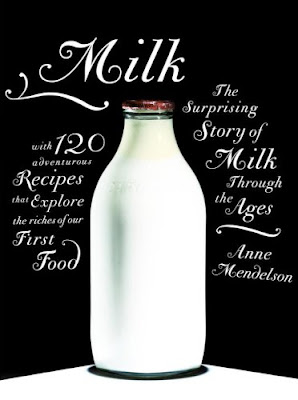 In my spare moments I sit at the dining room table trying not to think about certain unthinkable subjects by reading one fine cookbook, then switching to the other. I really want to buy a sausage grinder so I can make chorizo. . . gosh, look at this, a recipe for mascarpone. . . mmm, slow-roasted pork belly. . . with panna cotta for dessert?
Anyway, I've decided to do both books. They make a great pair -- sharp, single-subject books by women who wear glasses. Just like me! Plus, they complement each other, as McLagan is short on enticing desserts once you depart the butter section (though apparently there's bacon baklava in my future) while Mendelson isn't as strong on entrees.
So, that's the new plan.
A question: While it's nice to live in a world where people can choose "Torn Between Two Lovers" as their ring tone, can you imagine ANY scenario where that would be a smart choice?
Posted by tipsybaker at 3/19/2009 08:02:00 AM

Labels: Fat, granola, How to cook everything vegetarian, Milk
Email ThisBlogThis!Share to TwitterShare to FacebookShare to Pinterest