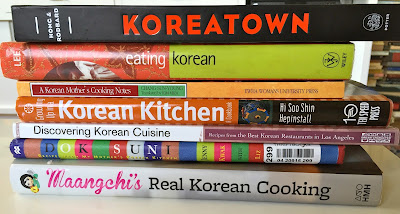 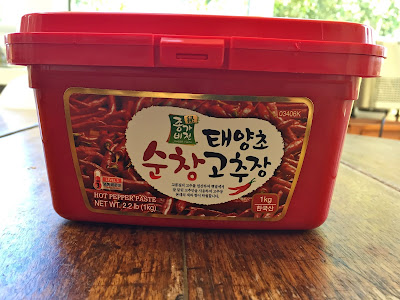 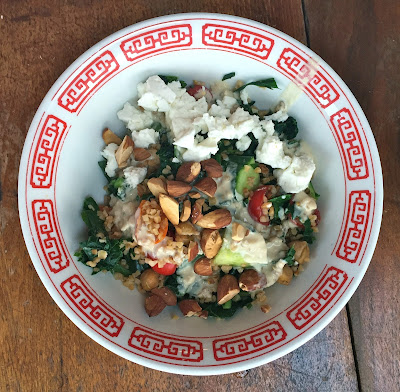 Wake up, coffee, read headlines to catch up on Donald Trump news that erupted overnight, check Talking Points Memo to see what they have to say on the Donald Trump news, then Politico, then Slate, then the National Review, then Twitter. After this, it’s time for Facebook to see which friend chose today to post an impassioned call for everyone to come together and vote for Hillary, no matter how we feel about her, because the alternative is unthinkable. A fight in the comments inevitably ensues, ignited by either a representative of the small number of Trump supporters in my universe or a progressive who announces that he/she will under no circumstances vote for Hillary to prevent Trump, that’s like choosing between Pol Pot and Hitler, he/she is voting for Jill Stein. These fights go on for dozens, even scores, of comments. By the time I’m done reading them, Trump has almost surely said or tweeted something new and amazing so I go back to the headlines and the circuit begins again. Round and round it goes. Soon it is time to start making dinner and I feel like I have just wasted a whole day because I have.

Sometimes I can successfully avoid the vortex, but this only happens if I go cold turkey, zero internet starting from the moment I get up. A productive, peaceful day is then possible unless, mid-afternoon, I decide to go to Whole Foods and there’s a line at the check-out counter. After I’ve studied what the person in front of me is buying and concluded yet again that I really can’t afford the 200 calories in an Ocho chocolate-coconut bar, I remember my phone is in my bag and . . .  he said what?

The rest of the day is lost.

The other salient feature of my life, early August, 2016: cherry tomatoes. We struggle to grow big tomatoes, but the cherry tomatoes are flooding the kitchen. I can’t keep up with the buggers. This week I made two dishes that employed cherry tomatoes to excellent, very different effect, and yet there are still several pounds of cherry tomatoes attracting fruit flies in a bowl on the counter and hanging off the bushes out back. Those bushes show no signs of knocking off. Hardly something to complain about, too much food. I’ll stop.

Here are the cherry tomato dishes, both of which I recommend. As it happens, both also contain kale.

*Toasted bulgur bowl from Lukas Volger’s Bowl. I don’t hate or even dislike tabbouleh, but I could happily give it up for the rest of my life. Not quite salad, not quite starch. Watery. Insipid. Not Volger’s version! It’s a robust meal. Nutty, toasted bulgur fortified with kale and chickpeas and enriched with toasted almonds and garlicky tahini sauce. I made it even heartier with some feta. Try it. You’ll be pleased. It keeps, too, so you have healthy lunches for the next couple days. Recipe here.

*One-pot tomato and kale pasta. Many thanks to the publicist who sent me A Modern Way to Cook by Anna Jones. What a lovely surprise, coming home to find this handsome book full of vegetarian bowl recipes on my doorstep. Last night I tried Jones’s version of that one-pot pasta you’ve probably heard about. I’m talking about the pasta you make by putting uncooked spaghetti, sauce ingredients, and water in single pan and boiling for 8 minutes or so. 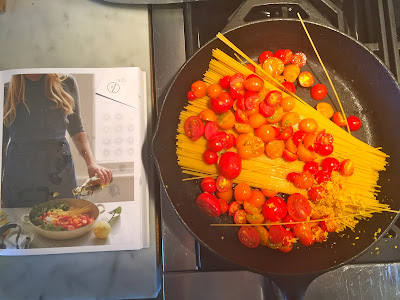 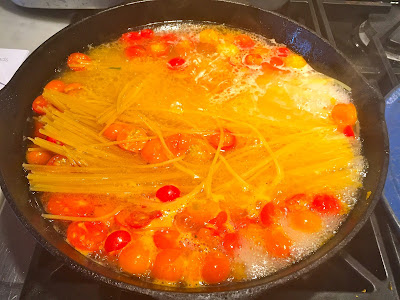 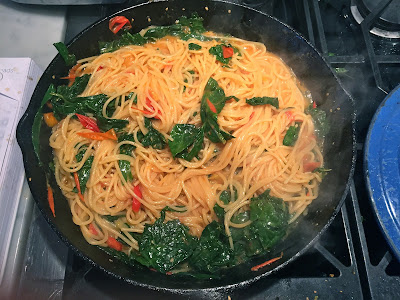 I may have actually tried this before, but I can’t remember. Too much cooking, getting old. It was easy and worked beautifully. The pasta and lemony tomato sauce marry in a wonderful way when they’re cooked together and the kale, which you add at the end, eliminated the need for a salad. Not that I would have made one anyway. I loved this and Mark did too. Recipe here.

The final noteworthy event in my August so far: I baked the ugliest cake ever. Our rhubarb patch is almost as fecund as our cherry tomato plants, but, alas, the rhubarb variety we grow is green. It tastes exactly the same as pink rhubarb but if it is true that we eat first with our eyes. . . 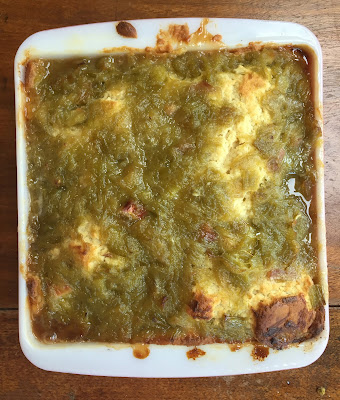 I think it is true.

The recipe comes from the irresistible Vintage Cakes and consists of a rich, yogurt batter that you top with hot rhubarb compote and bake. 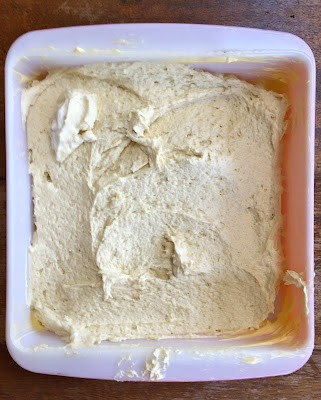 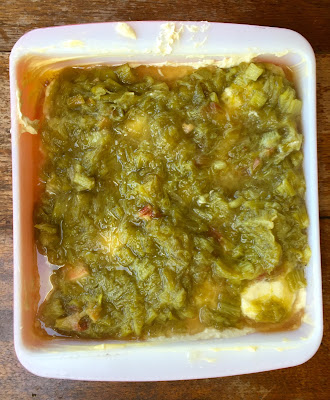 This soft, tangy cake tasted fine, but not as fine as the Food52 rhubarb cake of a few weeks ago, which had the added advantage of hiding the color of the rhubarb. I will never dig up our rhubarb patch, which has been going strong for about 8 years now (I started with seeds), but I might have to plant some red rhubarb next year.