My weird visit to Dr. X 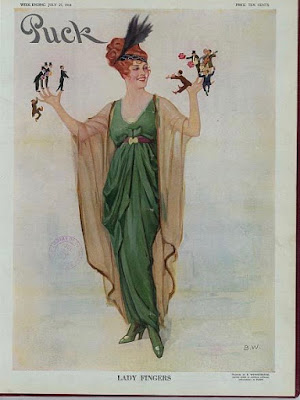 Thank you for the sweet comments. In this post, I describe a strange evening that ends with some food but isn't really about food. I still cook, but not as much as I used to, and if I wait to write about cooking adventures, there will be big gaps.

As I mentioned in the last post, I have a boring but debilitating ankle injury. Thursday I decided to see a doctor and I chose Dr. X because his office is a quick drive from our house and he’s in our insurance network. How bad could a random doctor be? He wasn’t going to perform major surgery, he was just going to look at my ankle and perhaps refer me to a specialist, so I saw no reason to bother with a lot of fussy research. Or any at all. Off I went to Dr. X.

First thing, the nurse called me in and had me step on the scale fully dressed without even taking off my boots. Good God. That was a blow. The nurse left and eventually Dr. X came in. He was a tiny, bright-eyed, bespectacled man of about my age with an accent from somewhere on the Indian subcontinent. When I say he was tiny, I mean he was considerably shorter than I am and I am not tall. I felt like a volleyball player next to Dr. X.

Dr. X shook my hand and before he had even dropped it said sharply, “Why are your hands so warm?”

I was about to reply that it was probably because the room was hot, but he didn’t wait for an answer. “And why are your fingertips bluish?”

I looked at my fingertips anxiously. “Are they bluish?”

I said, “Maybe because I ate a pomegranate a few hours ago?

“What is your diet?”

“What do you mean by that?”

“What do you think I mean?”

I said, “Are you asking, like, what do I have for breakfast?”

“Yes.” What did any of this have to do with my ankle? I told him I was here because I’d been walking a lot and hurt myself and . . .

Dr. X seemed disappointed. He said, “A lot of people with iPhones do not even know about the pedometer.” He took my phone, went into the pedometer, studied it for about 20 seconds. He then informed me that I had a repetitive stress injury because I’d been walking too much and hadn’t been resting between days of walking, he could see it right there on the pedometer. Bodies need rest, something about mitochondria, stretching, cross-training, etc etc, walk 10 minutes a day, no more, and you’ll be fine in two weeks.

I was annoyed. This domineering little man had demanded my phone and hadn’t even glanced at my leg. I said, wait a second, I’ve been resting and elevating my leg and icing it for a few weeks already and it isn’t getting better.

“That means you do not have a stress fracture. You have, like I said, a repetitive stress injury. Do you get a lot of sunlight?”

“Very strange that someone who walks that much would say she doesn’t get a lot of sunlight.”
He began typing the diagnosis into the computer. “How do you spell repetitive?”

I told him how to spell repetitive.

“That’s what I typed but it’s not coming up. How many words a minute do you type?”

“I type pretty fast,” I replied.

“I know you type fast because you are a writer, but how many words per minute?”

The appointment was over. As I walked out, he said, “Are you limping?”

It was the weirdest appointment. It was about 7 p.m. by now and I limped across the street to a roti shop and ordered a vegetarian roti for dinner. I had been planning to go to a pizza restaurant, but cheesy pizza seemed much less attractive after that visit. A roti is like a Caribbean burrito, but instead of a tortilla, the wrapper is a sheet of whole wheat Indian flatbread, and instead of carne asada and pinto beans, the filling is likely to be chicken and potatoes, or, in my case, curried greens and squash. Roti are everywhere in this part of Brooklyn but this was my first. It was delicious. What is your diet? Healthy.

I sat there eating the roti in the empty roti shop, thinking about Dr. X. I would never go back to Dr. X, but I realized that while he was eccentric and obnoxious, I had rather enjoyed him. I had found him amusing, even somewhat cute. I had found him amusing and cute because he seemed harmless and he seemed harmless entirely because he was so much smaller than I was. If a tall doctor had barked questions at me and demanded my phone, I would have been nervous. Instead, I had played along, unfazed. I thought, Is this how men feel all the time when they (literally) look down at women? Is it just size that explains the difference between “you’re beautiful when you’re angry” and “you’re terrifying when you’re angry?”

Obviously size confers advantage. I knew this in an abstract way, but I’d never really felt it before. I enjoyed that feeling. I imagine Dr. X would too.