The uninteresting life of a late adopter

I haven't been cooking anything interesting lately for various uninteresting reasons, but tomorrow I'll be able to throw myself back into it.

The salmon salad from Sunday Suppers at Lucques was the last straw for me with Suzanne Goin as it required 10 separate cooking/holding vessels. It’s a delicious, opulent salad of beets, tiny potatoes, and roasted salmon atop dandelion greens dressed in a mustardy vinaigrette. While the beets quickly bled into the salmon (ugly), that didn’t matter because I was the only one who ate this salad. I ate it for breakfast, lunch, and dinner for a couple of days and was very happy until I was suddenly so sick of it I had to throw it to the chickens. Depressing, given the cost of salmon, but I couldn't force down another bite.

My complaint about the dish is my overarching complaint about Goin's books: Too many steps, too many dishes to wash. I like Suzanne Goin, I like her cookbooks, and next time I go to Los Angeles will try to eat at one of her restaurants, but I just can’t cook like this. Tomorrow or the next day we’ll see what Tad Friend has to say about The A.O.C. Cookbook vs. Roberta’s over at the Piglet. I wait with bated breath.

Ok, about  the Piglet. So homogenized this year! I’m going to swim agains the current and say that while I rolled my eyes at the time, I sort of miss those weird wild card judgments of Piglets past. Eccentric, half-assed verdicts like Roz Chast’s. These bizarre write-ups added spice. They got my dander up. Rather than telling people to write balanced reviews informed by conscientious recipe testing, it seemed like the Piglet organizers just sent the books out to a bunch of creative people and let them respond however they chose. While the results were sometimes lame, they were also very genuine and oddly illuminating. I learned a lot from Roz Chast’s review. I got a glimpse of how many ordinary people approach cookbooks, which is to say, they don't really give a damn. And while I didn’t love Alice Waters’ nose-holding verdict, she was using her own personal yardstick, not following a template. The Piglet organizers have clearly raised their standards and I, for one, find that I am a little sorry.

My two favorite reviews ever:  Nora Ephron’s and Gabrielle Hamilton’s.

Still waiting for the Benton’s bacon so I can’t start Momofuku. What should I do in the meantime?

The pasta that broke my spirit 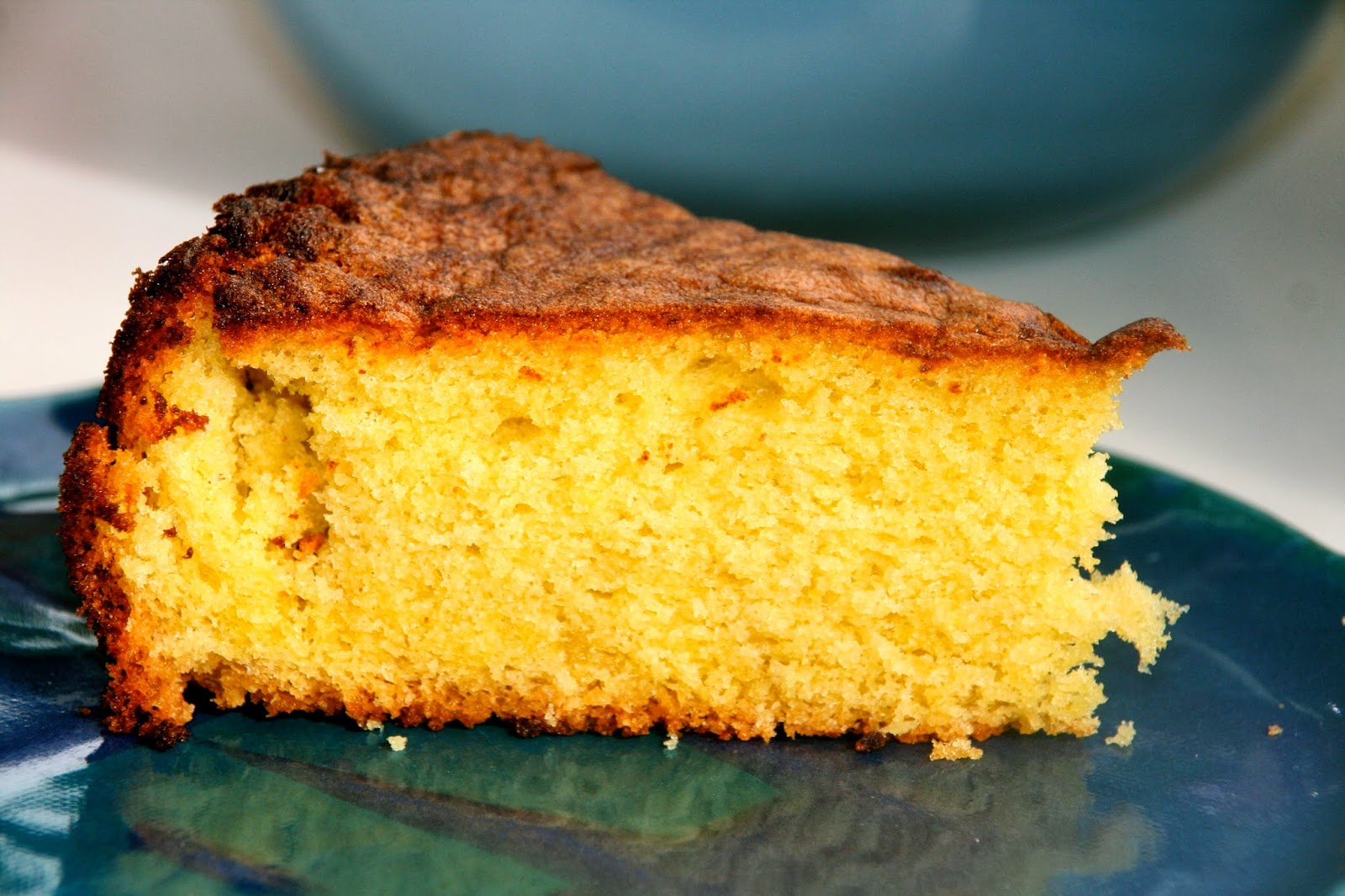 Twelve vessels to make a pasta dish, people. Twelve. I’m counting saucepans, skillets, baking sheets, and bowls. I blithely waded into Suzanne Goin’s penne with cauliflower, kale, pine nuts and currants from Sunday Suppers at Lucques last night and soon found myself drowning. I love Goin as an author and cheerful kitchen spirit, but this dish made me so grumpy. When the pasta was finally done I didn’t even set the table, we just hunched in our corners and ate. After all that work, it wasn’t even particularly good. Mark said, “When are you going to start making some of your staples again, the ten dishes you know we like?”

I don’t think I answered.

I looked on Chowhound and other cooks have run afoul of this dish. That is some consolation.

I also baked Goin's outstanding olive oil cake with candied tangerines, but because the pasta was so elaborate, never got around to candying the tangerines. I don't feel even slightly bad about that. Fortunately, this cake can stand beautifully on its own. It's moist and very plush, almost downy. Yes, it's plain, but in a delicious way. It's also easy and you should try it. A version of the recipe is here, though Goin has you use a 9-inch pan and does not call for orange zest.

So far so good with the Piglet, no? I would have chosen Whole-Grain Mornings over Summerland, but Christina Tosi did a snappy job overall. I'm completely fascinated by her description of the pistachio-apricot jam-cacao nib granola she improvised after reading Whole-Grain Mornings.

Bryan Boitano isn’t such a graceful writer, but then I can barely stand up on skates, so I will shut up. At least he makes it perfectly clear why he chose the book he did (The New Persian Kitchen), which has not always been the case with Piglet judges.

Forget it, Jake, it's February

I’ll briefly rouse myself from February doldrums to link to the first round of the 2014 Piglet in which Suzanne Goin's A.O.C. Cookbook trounced Balaboosta by Einat Admony. Judge Sam Sifton, fellow lover of low-hanging fruit, was, like me, won over by Suzanne Goin's easyish lamb meatballs.

I told you they were good! I wish someone would plagiarize the recipe so I could link you to it.


I spent some time with the losing Balaboosta a few weeks ago at the library and, like Sifton, found the recipes almost aggressively unappealing. A chopped salad of canned beans, canned corn, and canned fried onions (or something like that) convinced me not to check it out. In judging a cookbook there's no substitute for actually trying the recipes, but Sifton is correct that the author first needs to persuade you that you want to.

Poor Balaboosta. I don't like criticizing a book I haven't cooked from. I'll probably have to check it out now as penance.

Since the last post I've "officially" started cooking from Goin's Sunday Suppers at Lucques which, like its sister volume, A.O.C., is full of composite dishes that require significant chunks of time and special ingredients. This hasn't deterred me from making a few inroads. I haven't written about them, though, because here's something else that requires significant chunks of time and special ingredients: writing blog posts. By special ingredients I mean "interesting material," obviously. When a writer is in high spirits she can do a lot with bland ingredients, but it's February, guys, and I'm not at my best in February. Sort of like a deciduous fruit tree.

A roundup dishes I've made from Lucques over the last few days will illustrate the lack of interesting material:

-Dark, coarse, and full of molasses, Goin's chocolate stout cake is a type of cake I personally dislike. Harsh. Blackish. The problem is me, not the cake and I didn't want to write about that. I did, however, love the Guinness ice cream that Goin suggests as an accompaniment. Rich, mellow, slightly slushy, delicious. If you've ever struggled to imagine what Doc’s beer milkshake in Cannery Row tasted like, make the ice cream. It will help. (Note: she only uses 1/3 cup sugar in the recipe as printed in the book and I'd go with that.) This could have been a blog post. A short one.

-Over the weekend I was all set to make Goin's leg of lamb with chorizo stuffing, romesco potaotes, and black olives, but the 40-minute trip to the Mexican market to pick up chorizo never happened. The piece of lamb I'd bought started to get old and I ended up making a Joy of Cooking lamb curry. I'm not sure why I didn't use a recipe from one of my Indian cookbooks. Probably because I suspected they'd call for curry leaves or some spice I didn't have in the house. The Joy lamb curry was unbelievably bland -- not worth writing about, reading about, or eating.

As you can see, I'm wallowing in Lucques without a lot of verve. As with the chocolate stout cake, the problem is me, not the book. I'm telling you, it's February.

Meanwhile, a batch of David Chang’s cabbage kimchi ferments in the refrigerator and my order of Benton's bacon (a favorite Chang ingredient) is waiting to be filled. Although they charged my credit card on January 22, the Benton's web site now indicates the delay is 5 weeks, which takes us into March. I don't love March, but it's better than February. That had better be some good bacon.
Posted by tipsybaker at 2/12/2014 01:11:00 PM 26 comments

Here’s my question for the day: In traditional print media, novels, memoirs, biographies, poetry, and virtually all other categories of books have historically been reviewed, their merits and shortcomings vigorously hashed out. But not cookbooks.

Has the assumption been that most people don’t want to read about cookbooks? Has this been tested and proved correct? Has there been no advertising to back it up? Are cookbooks just deemed too fatuous to merit any kind of critical analysis? If so, why review restaurants? Why review frozen chicken taquitos?

Given how little book criticism get published these days, I wouldn’t want to see a single inch of space taken from novels and devoted to cookbooks. So I'm not indignant, I'm just curious. Over the years I've found more sharp, thoughtful writing about cookbooks in amazon.com customer reviews than in the New York Times and  San Francisco Chronicle combined.

Which brings me to this: The Piglet is coming. A week from today, friends. It’s the only thing I look forward to in February, now that I no longer eagerly welcome my birthday.

I did some more exploring in The A.O.C. Cookbook over the last few days. After much recipe reading and somewhat less recipe cooking, this is how I would characterize Suzanne Goin’s California/Mediterranean cuisine: rich, complex, layered, and soft. She likes dates and prunes, squashes and sweet potatoes, persimmons, cheese, and egg yolks. If I were doing her colors, she’d be an autumn.

Since last I posted, we ate a delicious baked pasta dish that contained 1 1/2 pounds of cheese, milk, cream, walnuts, shredded radicchio, and squash. Having listed the ingredients, I probably don’t need to tell you that it was rich, complex, layered, and soft.

The next night I grilled tetilla cheese sandwiches that were topped with quince paste and romesco, a potent brick-colored sauce of ancho chilies, nuts, bread, tomatoes, and olive oil. The sandwiches were rich, complex, layered, and soft. Also delicious.

Other Goin dishes that I haven’t made but suspect would fit this description: dates stuffed with parmesan and wrapped in bacon; salt cod potato gratin with piquillo peppers, currants and mahon; corn pudding with poblanos and queso fresco; roasted kabocha squash with dates, parmesan and pepitas.

Since we have a big bowl of romesco left over from those sandwiches, I'm going to use the remainder tonight to make one final A.O.C. recipe -- a melange of sweet potatoes, spinach, and bacon -- before closing this short, sweet chapter. Prediction: It will be rich, complex, layered, and soft.

Tomorrow I'm moving on to either Momofuku or Sunday Suppers at Lucques, depending on energy levels, the arrival of an order of Benton's bacon, and my progress with David Chang's kimchi.