The world really has been shaved by a drunken barber 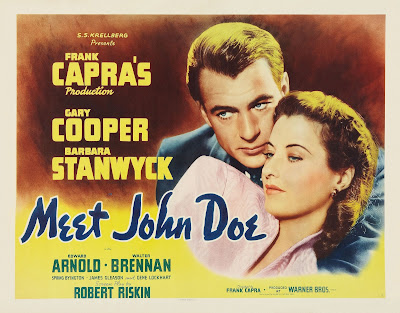 Saturday afternoon, Owen said, “What are you making for dinner?”

I said, “Nothing. I’m not cooking anymore.”

Owen: “I haven’t had a healthy meal since the last time you cooked.”

Me: “Maybe you should have thought about that when you made gagging noises every time you walked through the kitchen and saw me cooking.”

Owen “I didn’t make gagging noises when you were making meatloaf. I always like when you make pasta.”

Me: “Are you saying you want me to start cooking again?”

Owen: “You’re just trying to get me to say that.”

Me: “Well, if you asked me to start cooking again, I’d be really happy.”

Owen: “Does this mean you’re not going to write down all your good recipes for me when I leave home so I won’t starve?”

Owen: “What about the ground beef with fish sauce? I love that. I never complain about that. You could make that tonight. What ingredients do you need?”

Me: “We don’t have the ingredients and I’m not cooking tonight.”

Every now and then, I stop cooking for a while because the family narrative around my cooking — “Mom and the crazy stuff she makes that no one likes” — becomes too tiresome. Also, I can be lazy. Conveniently, I can justify the laziness by reminding everyone (and myself) about the lack of appreciation.

This has been one of the longer strikes.

But I couldn’t keep it up. I never can. I started to feel like I was betraying something important to my identity, not to mention my body, when I found myself making a meal of some black olives, a spoonful of peanut butter, and a mini Mr. Goodbar.

And Owen’s daily queries as to what I was cooking for dinner began to seem plaintive. I do actually sort of like that boy.

Monday, I made the fish fingers from Alton Brown’s excellent EveryDayCook. You chop up some white fish (I used cod) and mix it with breadcrumbs, egg, mustard, mayo, and seasonings, form it into fingers, fry these in just a little oil, and serve with homemade tartar sauce. Solid recipe here.

Owen had to leave for a school play before I officially served dinner and he hovered over the pan, trying to get me to cook his fish fingers faster so he wouldn’t be late. He wolfed them down in about 90 seconds, no gagging sounds or complaints, and when he left half a fish finger on the plate he said, “The only reason I’m not finishing that, Mom, is that I really have to go.”

The kid was trying.

Last night, I picked Owen up at his ceramics class and on the way home we stopped at Safeway so I could buy ingredients for Alton Brown’s breakfast sausage carbonara. Brown calls for whole wheat pasta in this recipe and I told Owen that while whole wheat spaghetti was healthier, he might not like it and maybe we should get regular pasta. He voted for whole wheat. Not sure why.

I made the carbonara, which is very similar to other carbonaras, but a bit eggier and subs breakfast sausage for pancetta. Mark took one bite and pushed the bowl away on account of the whole wheat pasta. Owen had seconds. He didn’t say the carbonara was “great” because it wasn’t, but neither did he treat it as something I’d cruelly inflicted on him.

The recipe is here, though I don’t recommend it. I prefer this carbonara.

If I keep playing my cards right, I think the cooking narrative in this family is going to change for the better.

The other day I went to a matinee screening of Frank Capra’s 1941 Meet John Doe, which I’d been wanting to see for years. The film is about cynical plutocrats and the pure-hearted John Doe, played by Gary Cooper, who inspires downtrodden, divided Americans to start talking to each other and unite around their shared suffering.

My fellow moviegoers were very elderly, which is always the case when you go to a matinee in the suburbs midweek. I was probably the youngest person there by twenty or thirty years — and I’m not young.

About five minutes before the end of the film, two old women came in, not realizing that there was another half hour before the showing of the next film. One of the women was talking very loudly in a growly old lady voice and she did not lower that voice even when it should have been obvious that there was a film in progress. She had reached the age of obliviousness. She was leaning on her companion’s arm as they walked slowly down the aisle and she kept saying, “I can’t see anything. Where are the chairs?”
This inspired a barrage of fierce “Be quiets!” from the audience.

The women paused at the row behind me and the loud one began fumbling around trying to find the flip-down seat, issuing full-throated instructions to her ancient companion. She was flustered. I got up and helped her into her seat because I am, as everyone knows, an angel.

The woman kept talking during this painstaking process. Just as I sat back down, another old woman from elsewhere in the theater stood up, walked over, glared at the woman behind me, and said furiously:  “You need to be quiet!” She returned to her seat.

I could have sworn I heard the woman behind me say “cunt” but I simply can not believe she really did and prefer not to. Plus, an instant later she remarked with innocent delight, “Look, it’s Gary Cooper!” She pronounced “Gary” like “Harry.”

This last, happy outburst inspired an old man now to get up and walk over. “Stop talking!” he hissed. It was as if he’d missed his first opportunity to issue an in-person rebuke, goddamnit, and he wasn’t going to let this one go by.

I really can not convey how bizarre this was.

Two minutes later, the film ended. I ran out of the theater.

If you haven’t seen Meet John Doe, you should. Gary Cooper was impossibly handsome and the film is sweet and uplifting and made me cry. It is particularly poignant given how everyone seems to hate each other in our country right now. The film delivers a lovely message about showing charity and generosity to our frail fellow humans, a message that at least two people in the audience with me seemed to have missed completely.

It really does seem like people are suddenly meaner. Whether this was an anomaly or a sign of the times I have no idea, but in my many thousands of misspent hours in movie theaters, I’ve never before seen anyone — let alone two people — actually get out of their seats and march over to scold someone.
Posted by tipsybaker at 4/27/2017 01:07:00 PM 54 comments