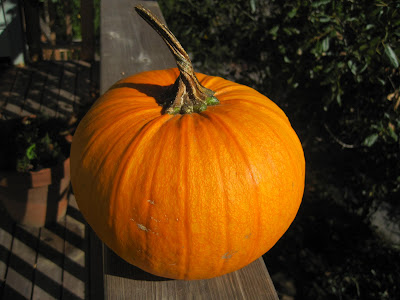 Author: Rick Bayless
Book: Rick Bayless's Mexican Kitchen
Recipes cooked: smoky braised Mexican pumpkin
Used pumpkin from garden. Peeled, chopped, made it into a pumpkin stew that I served to my mother for dinner last night. Children did not touch, which was silly because everything tastes okay slathered in Mexican sauce, topped with avocado and wrapped in a homemade tortilla, even pumpkin.
Homemade tortillas, by the way, were kind of a thrill. I didn't have time to go to the Latin grocery store, but had a bag of Maseca, so we made them. Masa flour, water, flatten, bake for a minute in a hot, dry skillet. Easier than finding the car keys and better than anything you can buy.
The dessert you could not buy if you wanted to.
"When I tasted Huguenot torte, a recipe that ran in The Times in 1965, I had but one thought: Why isn't everyone making this weekly?" Amanda Hesser wrote in the NYT Magazine on Sunday.
Last night, I baked Huguenot torte and had but one thought: What she said.
The recipe is here. It's a one-bowl cake made with humble ingredients, and it's ugly, ugly, ugly 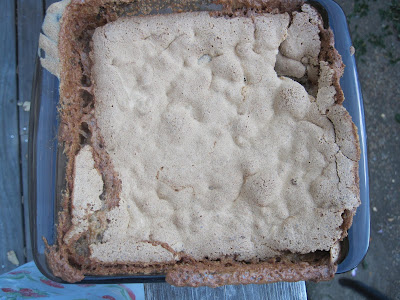 but unless you are on a diet, you will thank me. This torte is easy and gooey and chewy and nutty and moist from chunks of apple and has a candy-like meringue-like top crust that shatters when you cut it. Four of us ate almost the whole thing, picking at it in a way that drives my husband bananas, except he wasn't home.
My story about killing a chicken is here. As a postscript, I would add that there is not another chicken in our flock that I would be comfortable slaughtering, except maybe whichever one is eating the eggs.
Posted by tipsybaker at 9/17/2009 07:02:00 AM