We all have to have our nice hobbies 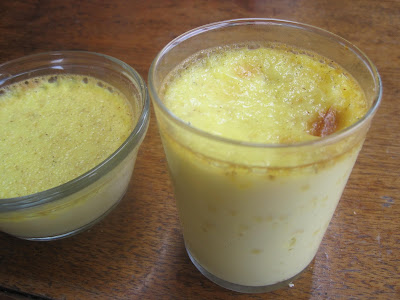 Here's Jonathan Safran Foer on urban homesteading , specifically, the value of keeping backyard chickens: "Is it a solution to anything? Not really. It might be kind of nice in a hobby way. . . People who do stuff on their own, it's more like a personal interest thing rather than a real alternative."
I don't disagree. But the decision to keep chickens is no more or less a "real alternative" to the problem of factory-farmed eggs than an individual choosing to become a vegan, the option chosen by Jonathan Safran Foer. A real alternative? I don't know. Legislation? That sounds like fun. I would never, ever argue that keeping chickens is going to save the world,  but "it might be kind of nice in a hobby way" has such a supercilious edge to it.
Foer comes out as a vegan right here, then skirts the issue throughout his new book, Eating Animals, and in most interviews. I was going to go hear him speak yesterday at Book Passage and ask him why, but Isabel was sent home sick -- coughing, feverish, dizzy, sore throat, etc. -- and I stayed in. All symptoms of the unspeakable, which the advice nurse at the pediatrician's office said it well might be.
At top is the cup custard I made using Gourmet Today and hobby eggs.
And these are the baked eggs in piperade, ditto. 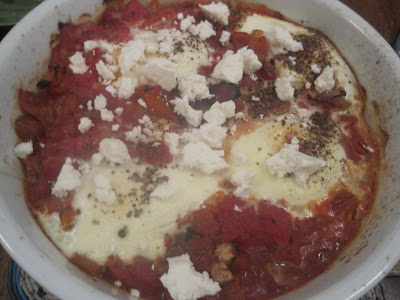