Three pies down, two to go 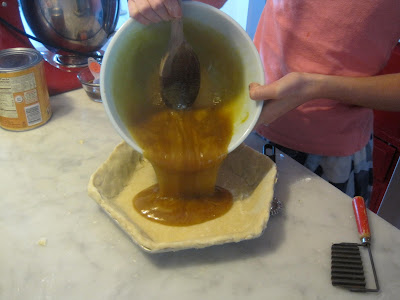 I always thought that I was drawn to cooking because my mother had so few inclinations in that direction. She was always installing skylights, building bookshelves, and working in her pottery studio. Cooking was all mine, and I taught myself to cook using cookbooks. See subtitle of blog. I assumed things would play out this way with Isabel, that she would look for areas where she could  distinguish herself.  And she has. She also cooks. She used to bake with me all the time, and now she bakes without me all the time. I couldn't make a pie unsupervised when I was 12, but she can.
I was watching her yesterday and noticed she's picked up all my "tricks" -- she melts her butter in a measuring cup in the preheating oven instead of on the stove, etc. --
but she's neater, more patient and methodical. Like, she puts the pecans in an orderly row. 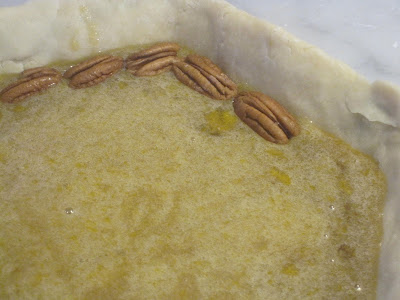 I never do that. 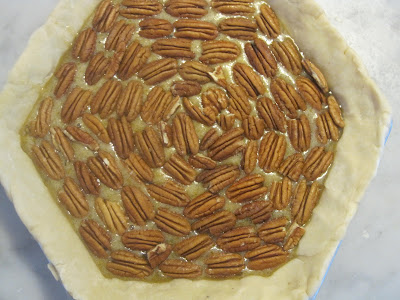 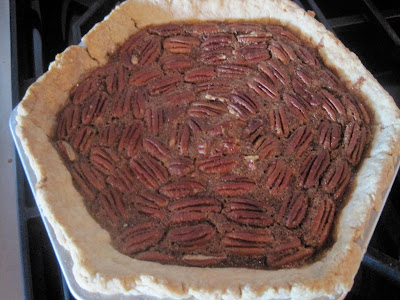 I'm the tiniest bit jealous. I'll always be a fake cook who learned from books; she'll be a "natural" cook who learned from her gentle, wise, and beautiful mother.
While Isabel and I were having our wholesome Laura Ingalls Wilder day, Owen took in some serious TV. The trouble with taking pictures of a kid watching Ben 10: Alien Swarm is that you can't get both stupefied child and flashing television in the same frame. 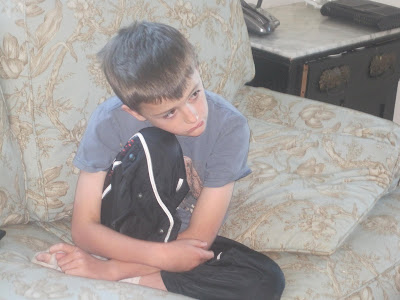