Make it or Buy it: hot dog buns 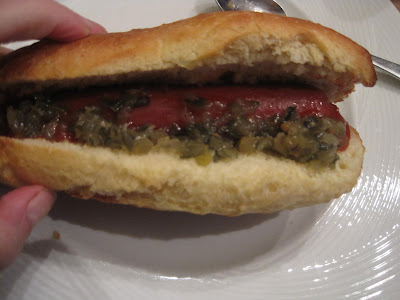 Blog evidence to the contrary, it is not my dream to churn butter, render lard, bake crumpets, and pickle watermelon rinds from dawn to dusk. If I actually had to make all my food from scratch, I would never get to read a book, earn a paycheck, play the piano, sit around watching The Office with my kids or Dahmer all by myself (Last night. Stupendous, though you should lock your doors before inserting the disc and prepare for troubled sleep.) There's a lot to be said for the convenience of buying your mustard and ketchup and bread and cheese.
But the more I cook, the more depressed I get, because it becomes more and more obvious that what we have gained in freedom we have lost in tastiness. No one else is surprised by this, so I don't know why I am. But I am. It never fails to shock me how easy it is to wildly outperform the big food companies.
It seemed a little ridiculous to make hot dog buns, but we had an open package of franks and no buns, so I decided to try. I used the recipe from page 232 of the King Arthur Flour Baker's Companion and I'm going to print it here, slightly  "adapted." I hope they don't mind; I can't think of a better advertisement for this excellent book.
Hot Dog Buns
1. In a bowl mix 1 cup water, 2 tablespoons butter, 1 egg, 3 1/4 cups flour, 1/4 cup sugar, 1 teaspoon salt, and 1 tablespoon instant yeast. Knead until you have a soft, smooth dough. Scoop up the dough, grease the bowl, return the dough to the bowl, cover with a damp towel,  and let rise for 1 hour. (More is fine; I let it rise for three hours.)
2. Divide the dough into 8 pieces, shape into logs, and place on a greased cookie sheet. (Obviously, you can shape the dough into hamburger buns if you wish.) Drape with the same damp towel. Let rise for 40 minutes until "quite puffy." Mine got more than quite puffy; this is dough with Frankenstein inclinations, so err on the side of petite when you shape your buns. 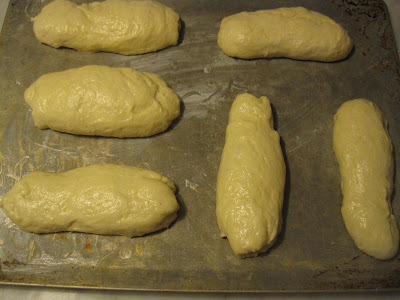 3. Preheat oven to 375. Bake for 12-15 minutes until golden brown. The recipe says to cool the buns, but I would use them soon. Like, immediately. 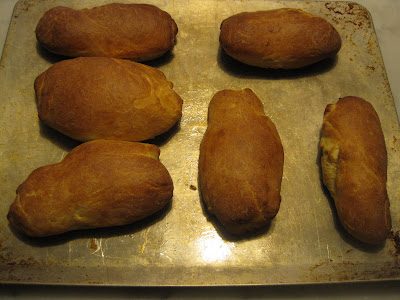 I didn't think I minded storebought hot dog buns, but now I am ruined. These were ethereal, slightly sweet, chewy, and fresh. The kids and I were hushed as we ate. It was like tasting your first Cabernet after a lifetime of Thunderbird, after a lifetime when you thought there was nothing BUT Thunderbird.
The buns were delicious. They were easy (much easier than bread, easier than most cookies). They were also inexpensive. By my estimate, using bulk yeast, it cost $1.41 to execute this recipe, including oven heat. This works out to 18 cents a bun. By contrast, the rock-bottom house-brand buns at Safeway are currently 25 cents a bun. After this, a big jump: Ball Park buns: 42 cents. Columbo: 45 cents. Orowheat: 53 cents.
I would not mind paying three times as much for the convenience of packaged food if it were not so insultingly bad. You only realize just how flagrantly, needlessly crummy it is after you try making it yourself. I should probably feel empowered, but instead I feel indignant.
Now, back to our regularly scheduled programming: 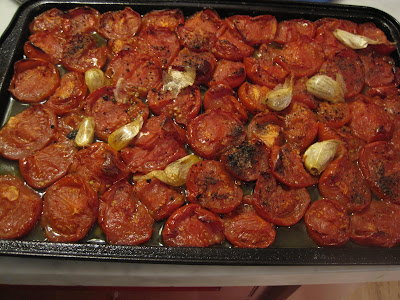 Gourmet Today's roasted tomato soup with Parmesan croutons was sweet and creamy and took care of the the last of the tomatoes. I wish the recipe was on Epicurious so I could link, but it's not. Two caveats:
1. The instructions call for you to put the soup through a fine sieve after pureeing, but I didn't do this. The soup might not have been velvety enough for Joel Robuchon, but it drew no complaints from a suburban family of four. I really hate cleaning the sieve.
2. The Parmesan wafers did not melt into firm wafers, but were yummy dumped in the soup as shreds. 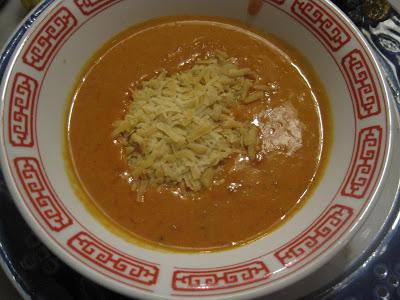 Labels: gourmet today, hot dog buns, make it or buy it, soup
Email ThisBlogThis!Share to TwitterShare to FacebookShare to Pinterest