Some meals are just kind of boring 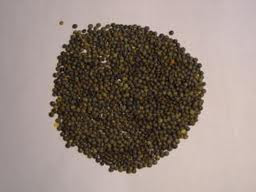 Should I call her Dorie? Or Greenspan? Dorie seems disrespectful and possibly sexist, as I didn't use "Thomas" when I was blogging about Ad Hoc At Home. Then again, she seems to want us to think of her as Dorie. She's friendly and confiding -- she's such a Dorie!

I think I'll go with Greenspan.

When I first flipped through Greenspan's Around My French Table I thought it was stodgy, a magpie collection of recipes for dated dishes like veal marengo and quiche. Maybe it is; I haven't reached a verdict. But whatever it is, I am loving it. I'm not sure I've ever worked with more encouraging, more generous, more precise recipes. Greenspan takes into consideration every possibility and question and describes what you will be seeing as you cook a dish (though sometimes, as with her armagnac chicken, she is wrong -- or I am wrong), and tells you what to worry about and what not to worry about. She is warm and conversational. The recipes are not always exactly to my taste, but, so far, to a one, they have worked beautifully.

-orange-scented lentil soup. Greenspan tells us that the secret to her particular lentil soup is is the addition of citrus peel. One day she was snacking on a clementine while a pot of soup bubbled on the stove: "Just as I was about to toss the peel in the trash, I backed up and dropped it into the soup pot. I've been flavoring the soup with orange, tangerine, clementine and mandarin peel ever since." I don't know if I like that story, and I did not taste the orange peel, but it was nonetheless a superlative bowl of lentil soup.

-coupetade. You fry French toast, put it in a pan, pour sweet custard over it, and bake.

Isabel: "It's a little too much right in the middle between French toast and pudding. . . .she said as she licked her plate."

Tipsy: "Do you want seconds?"

Isabel: "Are you having any?"

We liked coupetade a lot, but eating it for dessert was a bit confusing. It tastes like a breakfast dish.