First, a public service announcement: You need to watch Getting On, a television comedy of such charming oddity and intermittent, unexpected sweetness that after Mark and I finished the final episode last night, we were tempted to start all over again from the beginning. Don’t let any initial distaste for the setting (the geriatric ward of a hospital) or the characters (you’ll see) put you off. Just keep watching. The series is worth a subscription to HBO, but Season 1 is also available on DVD through Netflix.

Ok, now to cooking: I own a few more of the Piglet books and I went to the library and collected as many of the others as I could. I’ve said my piece on Prune vs. Heritage and it was such an interesting exercise that I’ve decided to pursue this a little further.

Next up for consideration: David Lebovitz’s My Paris Kitchen vs. Bar Tartine by Cortney Burns and Nicolaus Balla.

I’m a longtime fan of David Lebovitz and opening My Paris Kitchen this past weekend was like catching up with a gossipy old friend. Lebovitz is droll, smart, and a total pro. A former chef at Chez Panisse, he lives (as you probably guessed) in Paris and writes a popular blog that weaves together wry stories from his daily life with unimpeachable recipes. He’s like a less funny David Sedaris who bakes a lot. His dessert books are terrific and I enjoyed his memoir, The Sweet Life in Paris. 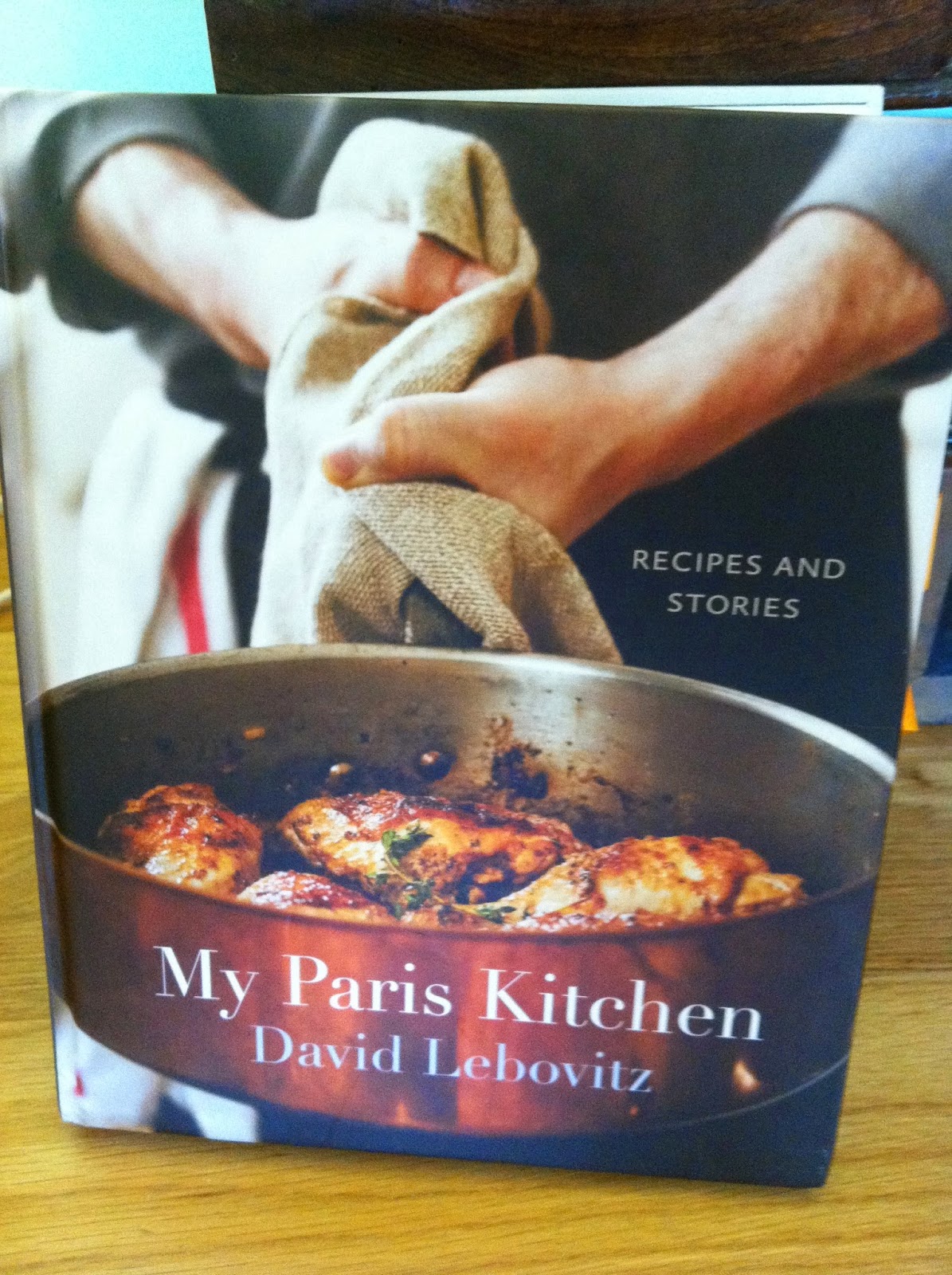 The trouble with this attractive new cookbook is that while Lebovitz is as entertaining as ever, the recipes are incredibly boring. Not to put too fine a point on it. Grated carrot salad, tabbouleh, olive tapenade, baba ganoush, hummus, onion soup, coq au vin, mashed potatoes, roasted cauliflower (ahem), chocolate mousse, madeleines, carrot cake with cream cheese frosting . . . need I go on?

All good stuff, but not fresh or exciting, at least on the face of it.

On Saturday, I made his very basic croque-monsieurs and they were exemplary. I put a platter of these rich, salty, ham-and-cheese sandwiches in front of a bunch of kids and watched them vanish.

Lebovitz includes a few non-French recipes in the book and on Sunday I served his smoky barbecued pork to Super Bowl spectators. It was some of the best barbecued pork I’ve ever made, involving little more than spices, beer, bottled barbecue sauce (I used Stubb’s), and the oven. I’ve barbecued pork shoulders outdoors over wood chips, ministering to them tenderly for hours, and this was not only easier, but better. Sort of galling. I served it French-style with mashed potatoes and mixed vegetable slaw, per Lebovitz’s suggestion, using his recipes. Both potatoes and slaw were great. Let me add that barbecue and mashed potatoes are a brilliant combination.

For dessert: kirsch babas with pineapple -- delicious yeasty little cakes drenched in alcohol. The recipe is here, but do not serve these to children or recovering alcoholics. Seriously.

Everything I’ve made from My Paris Kitchen so far has been perfect. Nothing I’ve made has been particularly original. The excellence of the recipes almost compensates for this lack of originality. Maybe it does compensate. I haven’t decided yet.