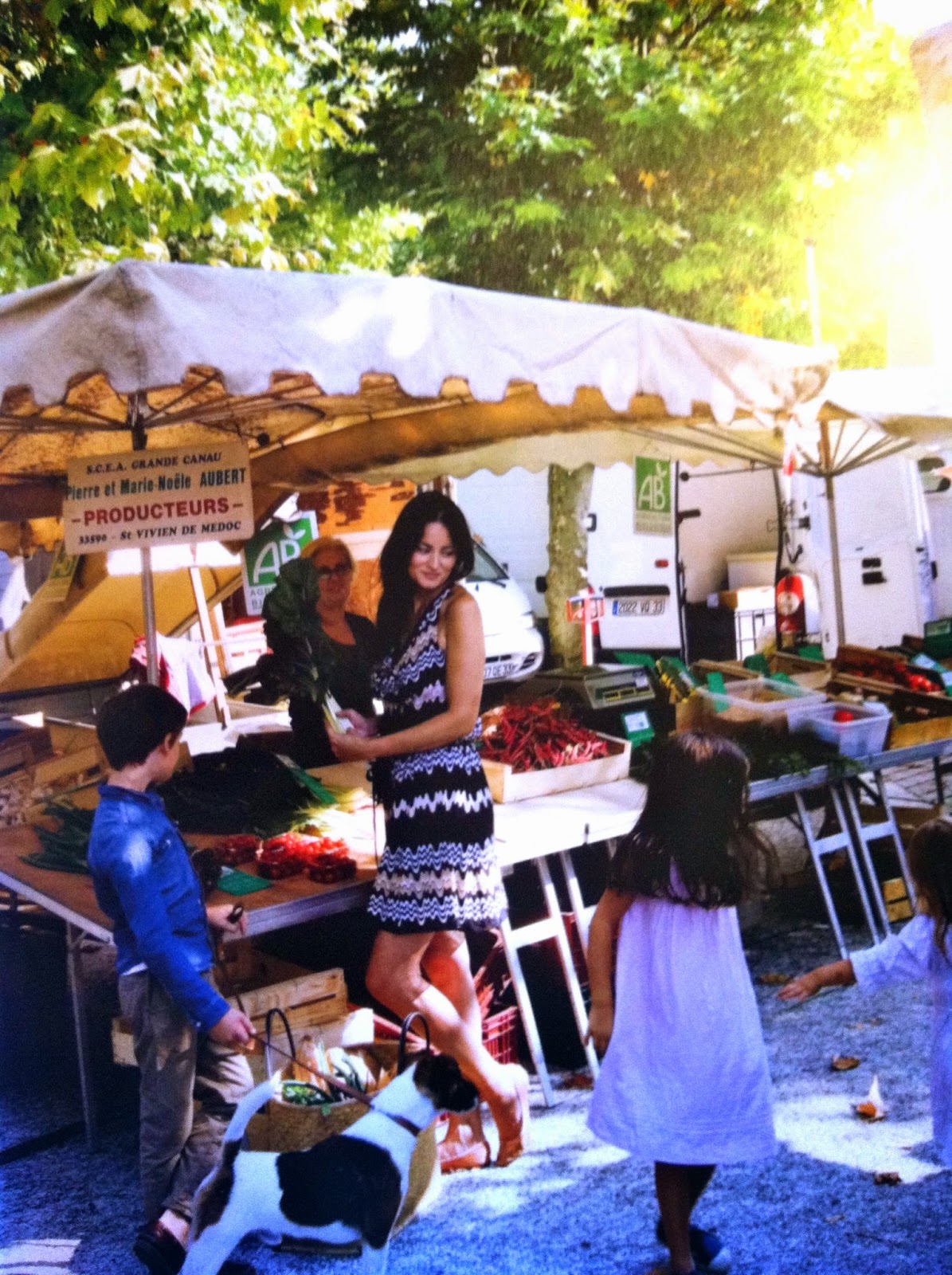 I first saw Mimi Thorisson’s Kitchen in France when I was in Barnes and Noble a few weeks ago trying to figure out if I needed to buy any of the Piglet books. Thirty seconds of flipping through hers was all it took to turn me off. The lavish and abundant photographs never let you forget that Thorisson is gorgeous, slender, young, wealthy and has superb taste in expensive clothes, furnishings, and antique china.  No thank you, Clarkson Potter. I checked the book out of the library instead.

In his Piglet review, Adam Roberts gently mocks Thorisson by marking up some of the glamorous portraits that appear in the book with thought bubbles. I guess it’s debatable how “gently” he mocks, but I thought he was fairly gentle and very funny. He writes that her underlying message seems to be “my life is better than yours.”

But even as I was enjoying Roberts’s derision, out of nowhere I began to feel sorry for Mimi Thorisson. Ashamed of taking pleasure in her shaming. She looked vulnerable up there with the little balloon comments attached to her pretty face, comments that made her appear vain, coy, and foolish. I felt oddly protective. This protectiveness only intensified when I spent some time reading her blog, which is unguarded, personal, and sweetly rambling. She doesn’t seem like she’s lording her privilege over readers. She seems open and nice.

What if the message some of us take from Thorisson’s photographs -- my life is better than yours! -- isn’t the one Thorisson thinks she’s sending? I’m just floating this out there as a possibility. Maybe Thorisson doesn’t quite grasp how she comes across. Self-presentation is complicated for women, especially beautiful women.

Consider the photo at the top of the page.

You could definitely find the woman in this picture annoying. The leg? No, no, no.

But there’s another way to look at it. What if the woman simply doesn’t quite understand how close that whole scene is to self parody? Thorisson is half Chinese, half French -- what if this picture doesn’t read as ridiculous and show-offy to someone from that background? What if it reads as lovely and natural?

I don’t know. I’m just thinking aloud. I could go on, but have to  put Thorisson’s walnut-roquefort gougeres in the oven, say hello to my guests, then plant myself in a chair to watch the Oscars.