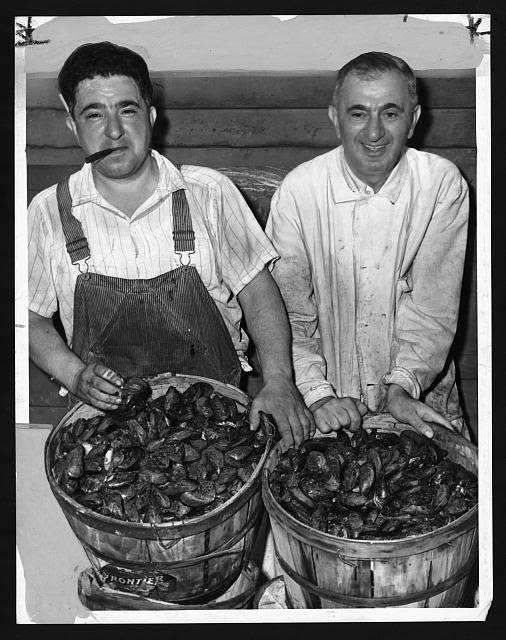 Today’s is the first Piglet review of the year with which I completely concur. In case you aren’t motivated to link and read the whole review, J. Kenji Lopez-Alt explains in detail why he prefers David Lebovitz’s My Paris Kitchen to Bar Tartine by Nicolaus Balla and Cortney Burns.

I share his feelings. I’ve made two excellent dishes from Bar Tartine -- a cauliflower salad and their fabulous, strange kale salad with sunflower seed pesto, yogurt, and rye croutons, but I will probably never cook from this daunting book again. As for Lebovitz’s affable Paris Kitchen, I’ve already gone back to two of the recipes because they were so simple, tasty, and useful.

Which brings me to last night’s all-Piglet Oscars menu:

Other than the fact that Boyhood didn’t win Best Picture, everything was good. Two dishes were delicious enough that I actually went to the trouble of typing out the recipes, which I am generally loath to do because it feels like stealing. But you need these recipes and I did make a few amendments to each.

-I’d never eaten mussels as finger food straight out of the shell before and I’m not sure why not. Mimi Thorisson’s almond mussels from A Kitchen in France were a runaway hit. We all sat crowded around the TV with two big trays of these mussels and devoured them like potato chips. You got a little bite of mussel with some crunchy-buttery topping and then you pitched the shell into a bowl. Surprisingly tidy -- no napkins necessary. My niece Stella must have eaten a pound all on her own and I ate another pound, but we deserved the lion’s share because we were the ones who assembled these lovely things, which wasn’t hard, but took a while. Definitely find a companion for this job.  Do it alone and you risk becoming resentful, which makes you a worse host than if you just put out a bag of Fritos.

In a bowl mix 7 tablespoons soft, unsalted butter with a handful of chopped parsley, 3 minced garlic cloves, and a cup (60g) of fresh breadcrumbs. Season well with salt and pepper. Stir in 1 1/2 cups (180g) finely ground almonds and mix until you have a paste. Cook 4 pounds of mussels in a covered pot for a few minutes with a splash of water until they just open. Discard any that don’t.  Remove the top shell of every mussel and leave the meat in the bottom. (They might be very small and you’ll wonder if that’s ok; it is.)  Top with a teaspoon or so of the almond paste, pressing it down. Put the mussels on a sheet and bake at 425 degrees F for 6 to 8 minutes until hot. Thorisson says “until golden and bubbly” but that never happened and based on what I saw, was never going to. Enough for 8.

2. I’m glad Adam Roberts convinced me to revisit Fancy Desserts because otherwise I wouldn’t have made Brooks Headley’s ricotta gelato, which is a gem of a recipe and so easy I couldn’t believe it was going to work. Three cups ricotta (Headley recommends Calabra brand), 1 1/2 cups simple syrup, 1/4 cup honey, big pinch of salt. Blend well with a stick blender -- or any way you choose. He specifies stick, but I don't see why you couldn’t mix in a stand blender or Cuisinart or whisk by hand or even just stir. Chill. Freeze in ice cream machine. Makes a quart of a fantastic pure-white gelato.