And now for some Flour

In Flour, Joanne Chang writes that she grew up in traditional and "fairly strict" Chinese family where, aside from the occasional plate of sliced oranges, sweets rarely appeared on the table. She was exposed to cakes and cookies at her friends' homes and at a young age developed a "full-blown obsession" with desserts and pastries.

Chang:  "I pored over baking books and food magazines; I read and reread dessert descriptions wherever I found them. I lingered at pastry cases at the supermarket. Most of the time I never tried the desserts I was dreaming about. Instead I could only imagine how they must taste: Turkish delight (I read about it in The Lion, the Witch, and the Wardrobe,) snickerdoodles (Good Housekeeping,) sticky toffee pudding (The Joy of Cooking,) double-crust apple pie (Little House on the Prairie,) New York cheesecake (first spotted at a Safeway in Houston!)"


I completely relate. Her story supports my theory that childhood dessert deprivation can lead to an almost romantic ardor for sweets. The longer and more hopelessly you pine, the brighter those gorgeous and mysterious desserts glow. I should say that I don't view this is as a problem. Ardor is not the same thing as compulsive bingeing. Chang has built an amazing career from her passion and certainly looks like she exercises healthy restraint.

As I mentioned in the last post, Chang majored in math and economics at Harvard, then got a job at a big international consulting firm right out of college. After a couple of years, though, she decided she really wanted to spend her life baking and quit her consulting gig to do so. She opened her Boston bakery, Flour, in 2000. Her yardstick for a dessert: Would you serve this to your mother?

I'm not a complete newcomer to her book. Chang's banana bread is the only banana bread I make anymore and her oreos were the basis for the oreo recipe in Make the Bread, Buy the Butter. I can take no credit whatsoever for those incredible cookies. I would have happily served both Chang's banana bread and oreos to my mother.

Last week, I made her brioche and the recipe is a masterpiece of clarity and detail. I've baked a dozen or so different brioche recipes over the last few months, and this is my favorite, simply because the whole process went so smoothly. I used half the dough to make a loaf of bread and half to make her chocolate brioche buns, which contain not just bittersweet chocolate, but a lovely layer of pastry cream. I baked three of these beauties (see photo at top) and froze the rest to bake later. My mother would have flipped for the chocolate brioche buns and been very pleased with the tender, buttery brioche. 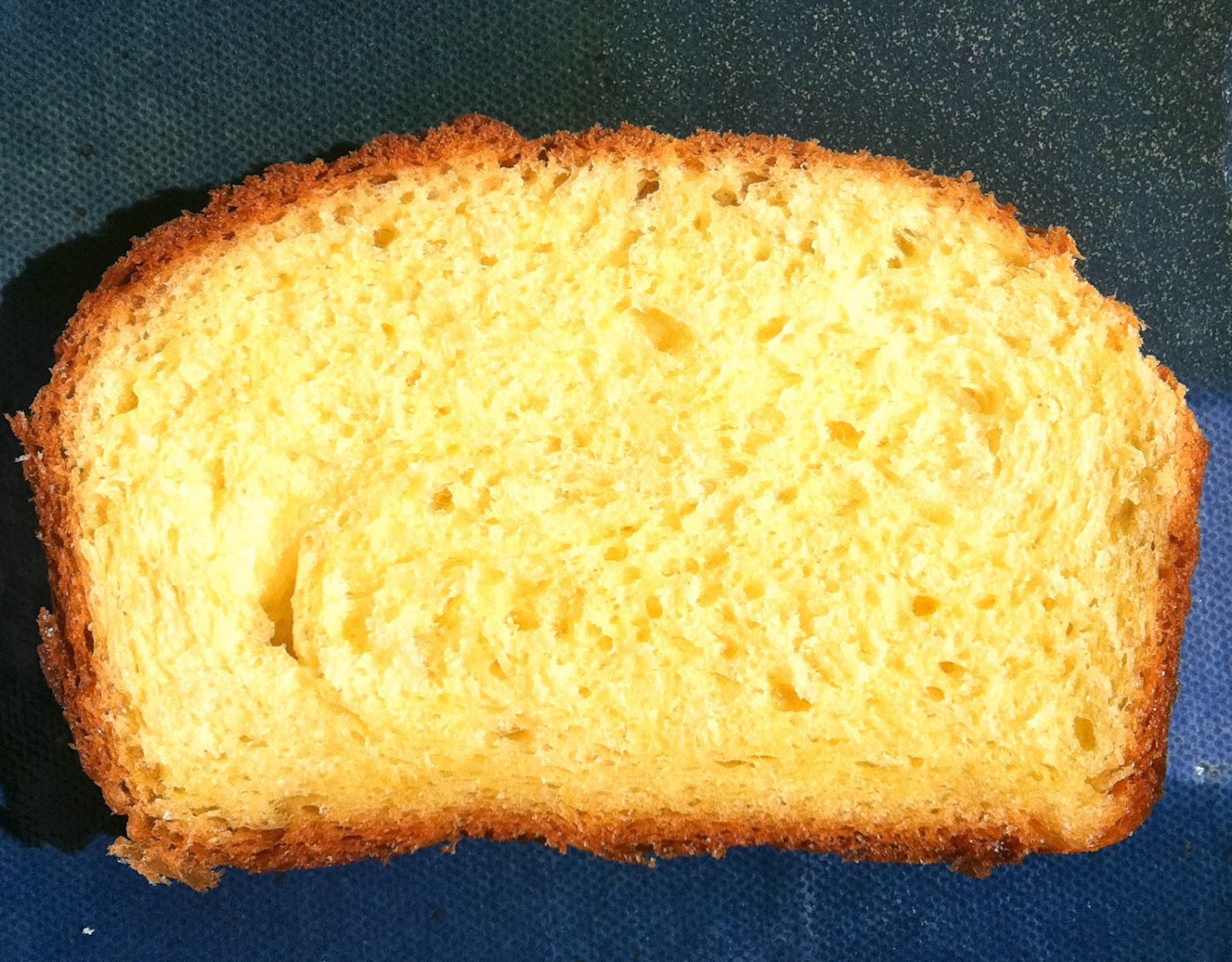 I'm not quite as sold on Chang's so-called luscious cheesecake, which I baked yesterday for our weekly extended-family dinner. It wasn’t quite dense or tangy enough for me and the reviews were curiously contradictory. Mark declared it the best dessert I’ve ever made, while Isabel said that homemade cheesecake is always “kind of gross.” Seriously?! My sister commented on its "caramelly" flavor, which is odd because it contained no caramel. Maybe the top caramelized in the oven? Or did the caramel notes come from the thick graham cracker crust? I would have served this cake to my mother and she would have praised it extravagantly, but I probaby wouldn’t have served it to her again. 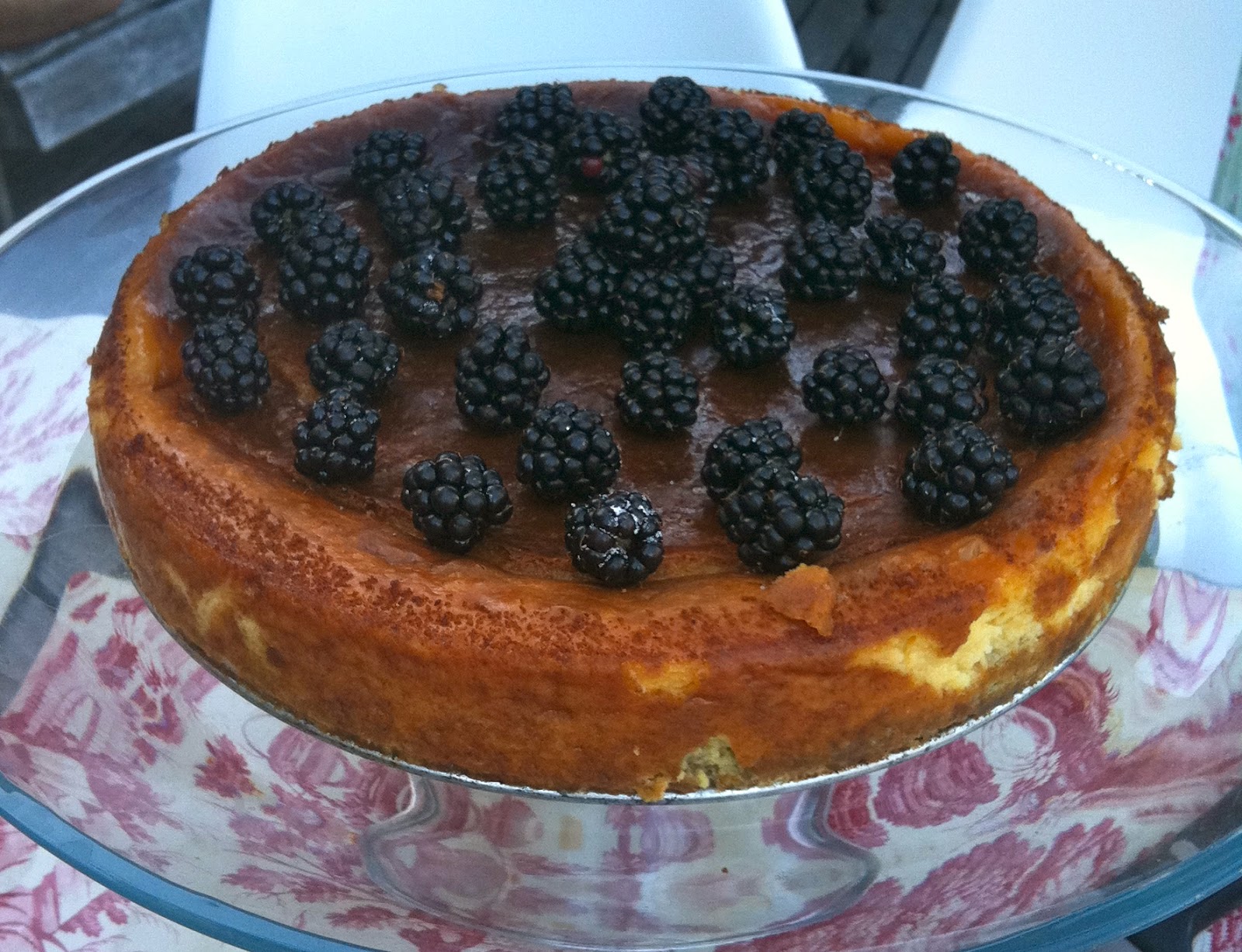 I do have to mention a couple of Ming Tsai recipes I also tried last night, just to keep up.

His shrimp lollipops from Blue Ginger are a variation on a Vietnamese dish that consists of spiced shrimp paste that you mold onto the end of a stick of sugar cane. Tsai has substituted lemongrass stalks for the sugar cane and has you present these tasty appetizers with a spicy almond pesto. The lollipops were very, very good, but there was general feeling that some mayonnaise, bland and rich, would have been a better foil than that spicy pesto. You have to really love the flavors of lemongrass and Kaffir lime not to want them cut with a little mayonnaise. The recipe is here. (FYI, the lollipops in the book are pan-fried, not grilled, and there are some small differences in the quantities of several ingredients.) 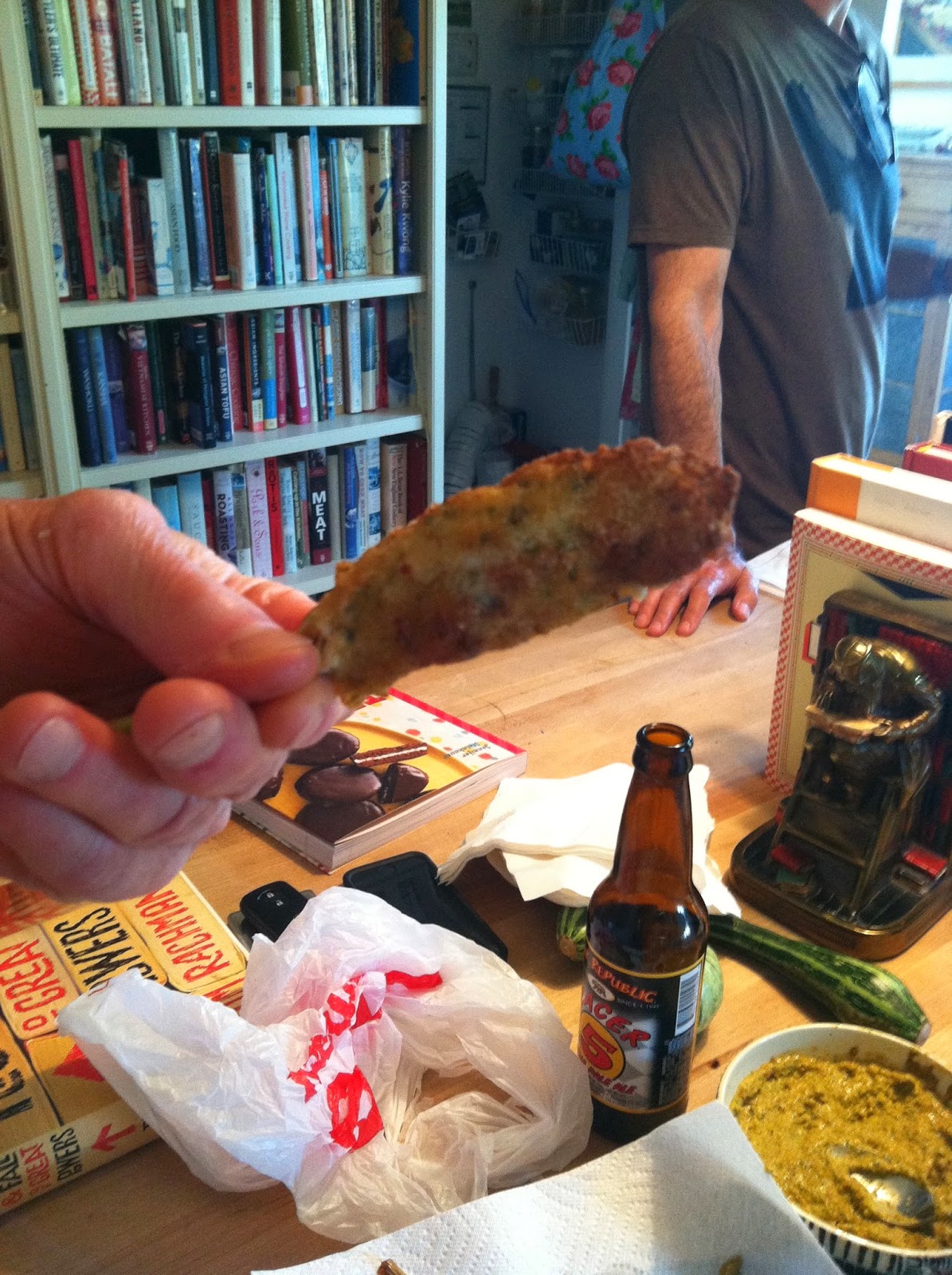 and my sister cried out, "No! I'll do some food styling for you." 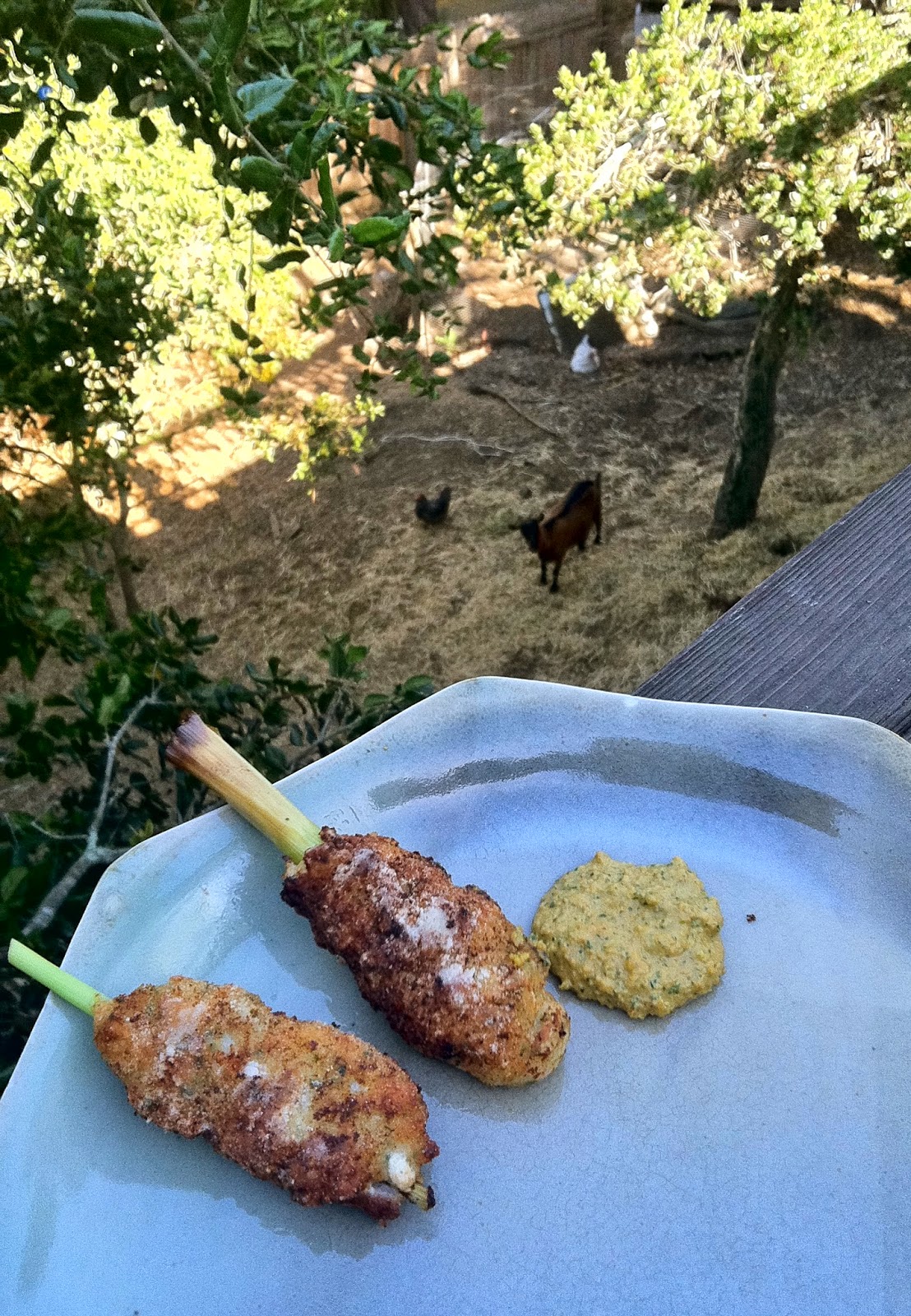 I don't know. Her shot is definitely better, but maybe food styling doesn't run in our family.

I also made Tsai's napa slaw which is not a refreshing salad, as I'd expected, but a relish, very pungent and sharp, full of fish sauce and vinegar. We ate it on burgers. I would not make it again.

On another subject, Owen texted me from camp requesting pictures of the goats and I took some shots this morning. I hesitated, wondering how it would go over in New England, the goofball from California showing off homely pictures of goats hanging out in a dust bowl. But I sent them. I'm including this picture to illustrate the stark difference between a yard with goats and one without.  It's like the border between North and South Korea. We're the North.
Posted by tipsybaker at 6/30/2014 06:09:00 PM