Sorry, but there's just nothing like a pretty face 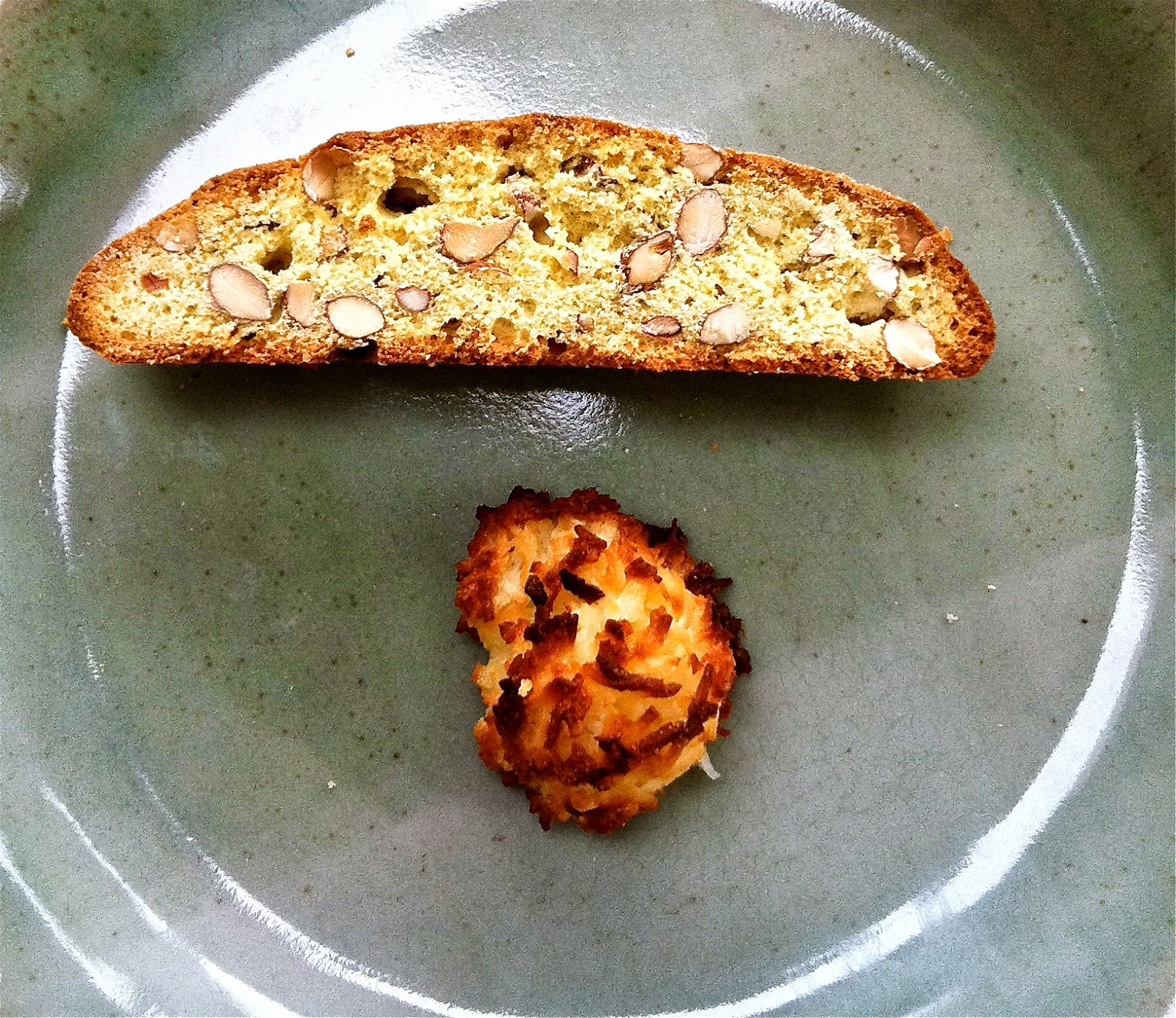 This morning I read a review of a restaurant called Trou Normand written by Michael Bauer, the veteran San Francisco Chronicle critic. I stopped when I got to this paragraph:

The food embraces you like a warm hug. The space is alluring, but not altogether comfortable - it's like a woman who doesn't have the prettiest face but still attracts attention for how she puts herself together.

Gag. Couldn’t continue reading. There are thousands of unpaid, unedited restaurant bloggers who would die of shame if they published a paragraph so trite, muddled, and offensive. Do newspapers have a death wish?
*****

Flour kept me busy this week. There are two types of coconut macaroon: rich and lean. Rich macaroons call for egg yolks and/or sweetened condensed milk and tend to be sticky and heavy, while lean macaroons involve little more than coconut, egg whites, and sugar and are generally snowy white and a little grainy. Joanne Chang's are some of the best I've made in the "rich" category. As you can see in the photo, they got a little singed, but that didn’t diminish our love for them. Highly recommend. Recipe is here.

Even better than Chang's macaroons: her coffee ice cream with cacao nib brittle. (Chang says it's one of her favorite recipes in the book.) The recipe is here and you should try it.The cacao nib brittle is great, but a big hassle and not strictly necessary so I probably won't include it next time. Coffee is Mark's favorite ice cream flavor and I've tried a number of recipes. This is our #1. I might stop here.

Finally, Chang’s almond-anise biscotti are good, though they're the dense, floury type of biscotti and I prefer the kind that are super-brittle and porous, like coral. Do you crave biscotti? I don't. I think that's the beauty of biscotti. They're not addicting. You can stop at one, which isn't the case with, say, chocolate chip cookies. I'm not sure whether desserts should really be "irresistible." Do other cultures know something we don't?