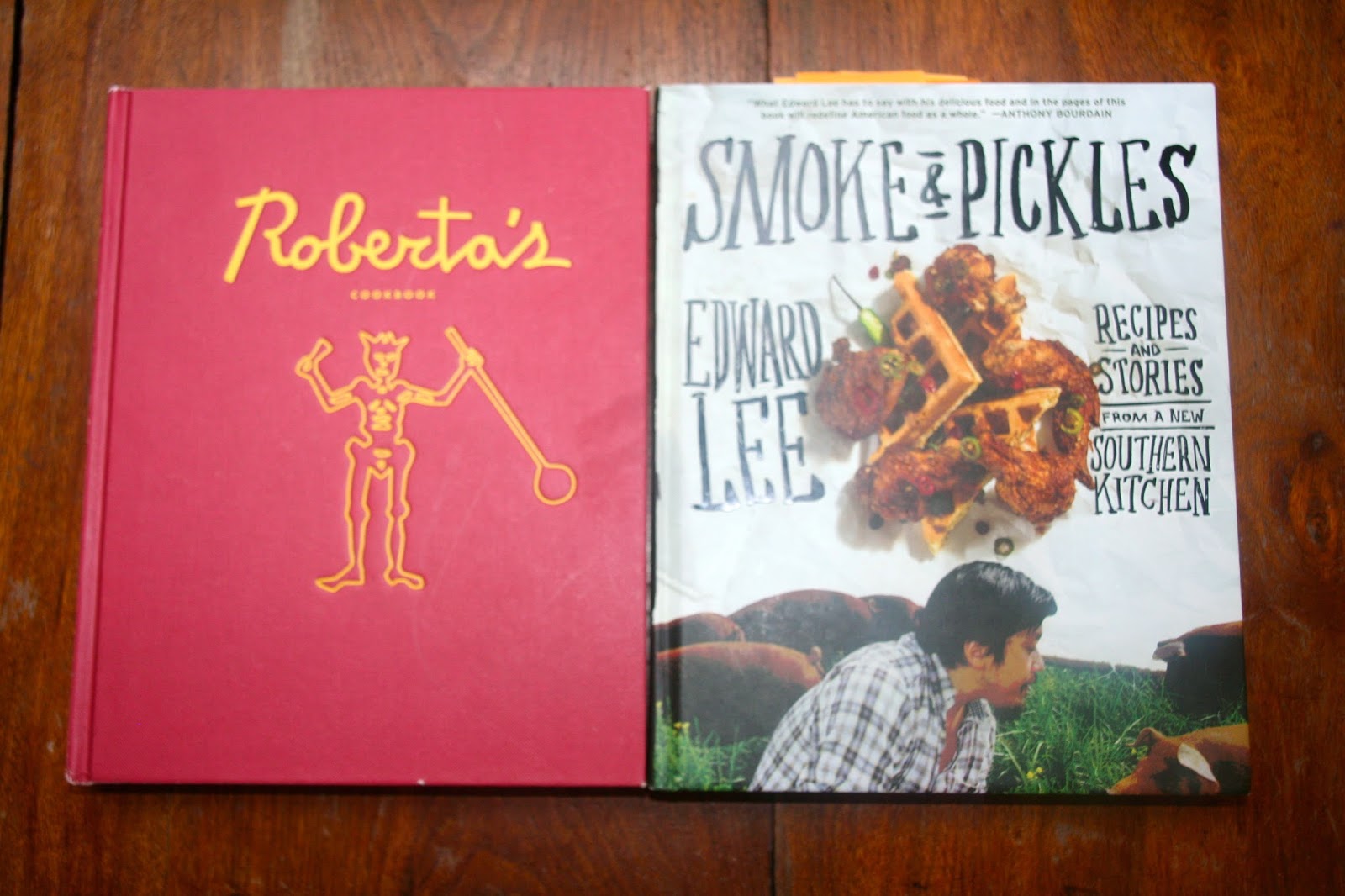 This post is for serious cookbook nerds only. Anyone else who reads it will roll their eyes and pity me, so please go do something else.

Ed Lee’s Smoke and Pickles lost to Roberta’s Cookbook in the Piglet this morning and I found myself surprisingly put out. You can read the judgment here . I had a handful of problems with this verdict and here they are:

First of all, I’ve made the salmon rice bowl from Smoke and Pickles that reviewer Aran Goyoaga tested and it was not, in my opinion, “too saucy.” I thought it was lovely, one of my favorite dishes from the book. The sauce she refers to is a remoulade that you add to your individual rice bowl and it was as easy to control how much you dolloped on your portion as it is to control how much butter you put on your toast. She made the same “too saucy” criticism of Lee's sauteed squid and bacon salad, which I haven't tried, but here again, it looks like one could easily calibrate the quantity of dressing so as not to “drown” the squid. I had plenty of problems with Smoke and Pickles, which I cooked from extensively last year, but her criticisms didn’t add up.  I felt that Goyoaga’s indifference/dislike was about something more than "too saucy," something that she didn’t or couldn’t pinpoint, or pinpointed and chose not to articulate. I wish she had. I still might have disagreed, but the review would have made more sense to me.

Second, I couldn’t see how the dishes she described from Roberta’s Cookbook -- burrata salad, beet salad, sea bass, gingerbread -- offered more “surprise” than the food in Smoke and Pickles. A beet salad? Were there other truly "surprising" dishes in the book that she just didn't happen to mention in the review? Or was "surprise" an unfortunate choice of words? Because from what I read in the review, Lee's was by far the more "surprising" cookbook.

Third, I have an outsider complex and wanted the Korean guy from Kentucky to prevail over the Brooklyn pizzeria where they shot an episode of Girls. This is a problem with me, not Goyoaga's analysis. And it is silly.

Since I’m taking the week off, I decided to misspend the day and drove over to Barnes and Noble to buy a copy of Roberta’s. My family will be delighted to know that we’re having both a burrata salad and sauteed squid and bacon salad for dinner tonight. Someone should videotape this meal.

Meanwhile, I baked the Roberta’s gingerbread, which Goyoaga describes as “moist and full of flavor and surprisingly easy to convert to gluten free.” How could it not be full of flavor when it's so full of ingredients? This gingerbread contains twenty two ingredients, including black pepper, caraway seeds, cinnamon, coriander, celery salt, juniper berries, almond flour, regular flour, cornstarch, honey, molasses, brown sugar. . .

You could probably edit that list without losing much.

Results? It’s spectacularly good and seriously hot. Your whole mouth glows from the spices, especially if you eat it while it’s warm. I love that heat and guarantee I will be the only one in this household who does.

There's only one problem with this gingerbread, but it's a big one: STRINGS. The grated ginger had long, tough fibers that you absolutely do not want in your gingerbread or your mouth. I followed the book’s grating instructions to the letter and when I looked at the photo of gingerbread in the book, saw that there are strings in their gingerbread too. How is this possible? Do they really serve gingerbread with strings in it? Are my strings just tougher and more offensive than theirs? Was something wrong with my ginger? How did Goyoaga not encounter the string problem? Did she encounter it and not mention it? Is this something a Vitamix might fix? Something one could avoid by mincing instead of grating the ginger?
Anyway, if you're still reading: While the Roberta's gingerbread is fabulous, strings or no, I still think the wrong book won. I have a lot more to say on this. Sadly.