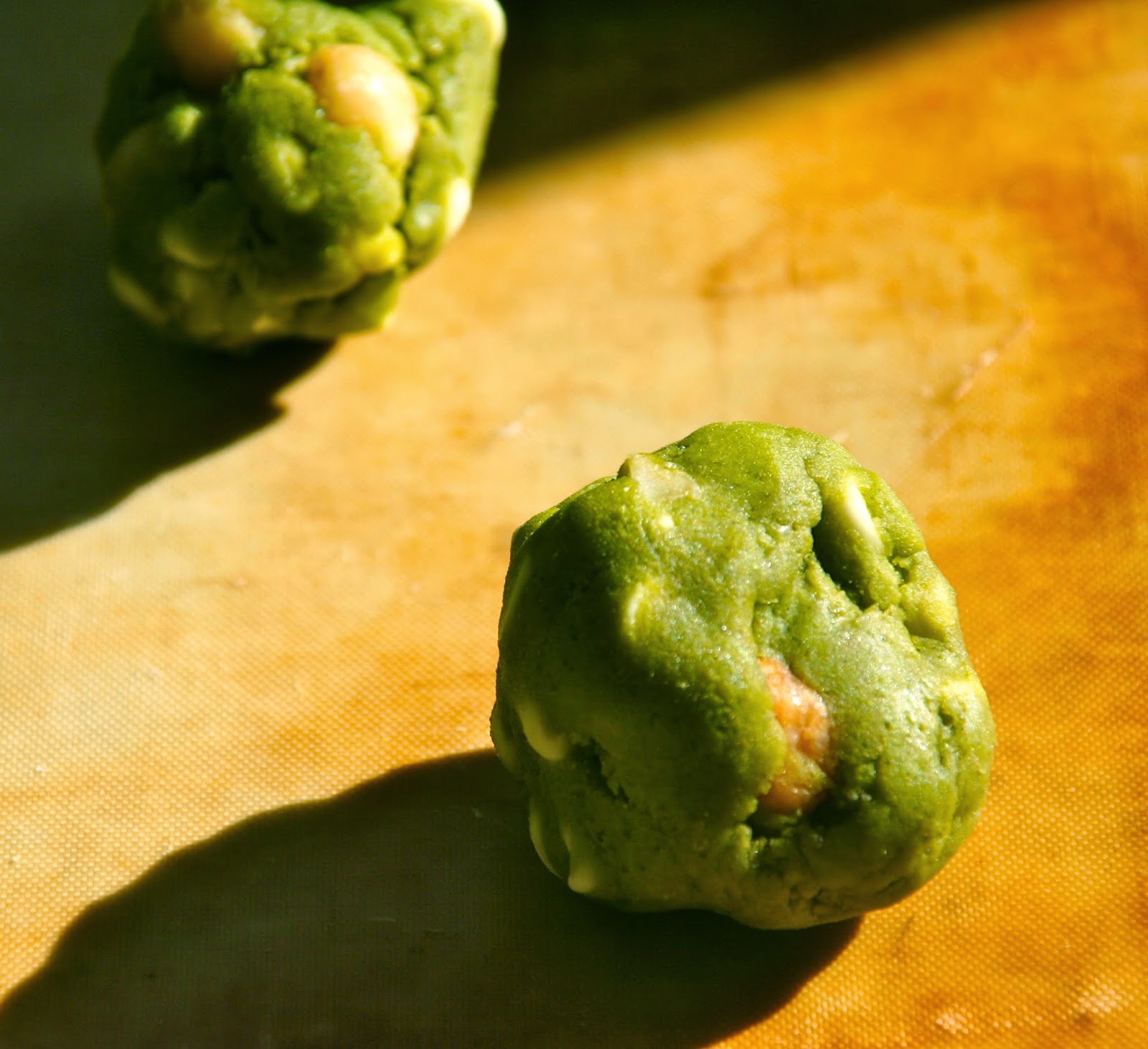 The Momofuku cookbook is eccentric and absorbing, but I’ve been consuming it in tiny chunks because David Chang has a pungent, supercilious persona that I find hard to digest. Here’s something that really turns me off: He repeatedly describes losing his temper with his employees. He’s apparently famous for it. Every time he brings it up, I hate him a little. I can’t help it. I identify with the employees.

But here’s something I love about him: His devotion to American country hams. After tasting some great country ham, he became convinced that Ssam Bar "had to serve country ham, had to put money in the pockets of people who are preserving an old American tradition, and had to do it in New York before anyone else." With great passion he tries to persuade the reader to start buying and eating country ham. He succeeds. I ordered a country ham. One day soon I will make red eye mayonnaise, warm up a baguette, and slice some salty, pink Tennessee ham. He’s an interesting guy, David Chang. He should stop yelling at people.

Since the last post I’ve cooked two new Momofuku dishes: pork sausage ssam and steak ssam. Ssam is food (Korean) that’s wrapped in lettuce or some other leafy green, sort of like tacos. You may have heard of Chang’s bo ssam, a great, sugary-salty shoulder of pork that is slow-roasted for many hours and served with oysters, rice, and various sauces, along with a big bowl of lettuce for wrapping. It’s a tremendous party dish -- bounteous, communal, delicious, easy. I can’t recommend it more highly. I consider it a staple now; I’ve made it six or seven times and it never disappoints. 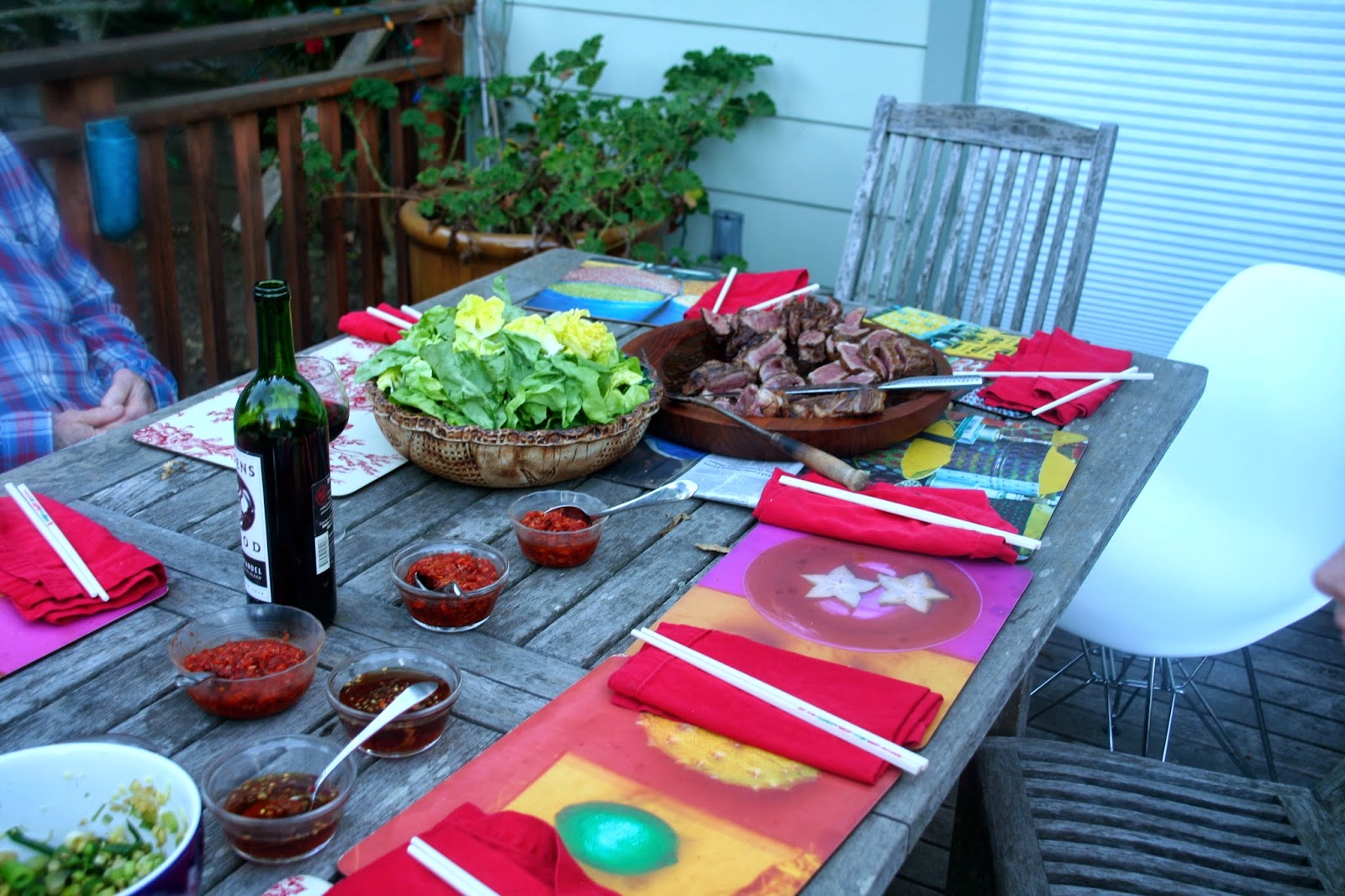 These two new ssams aren’t quite as brilliant. They’re relatively easy and quite delicious, but don’t feel bounteous and communal. Rather than pulling chunks of meat from a giant shared haunch, you serve yourself neat little portions. Steak ssam = marinated beef that is grilled, sliced, and served with rice and pureed kimchee. Pork sausage ssam is made by mixing ground pork with various Vietnamese ingredients (fish sauce, lemongrass), baking it in a brownie pan, cutting it into rectangles and grilling it for a few minutes. This ssam is served with fish sauce vinaigrette and scallion ginger sauce. Both ssams are very good. Realistically, I probably won’t make either again. 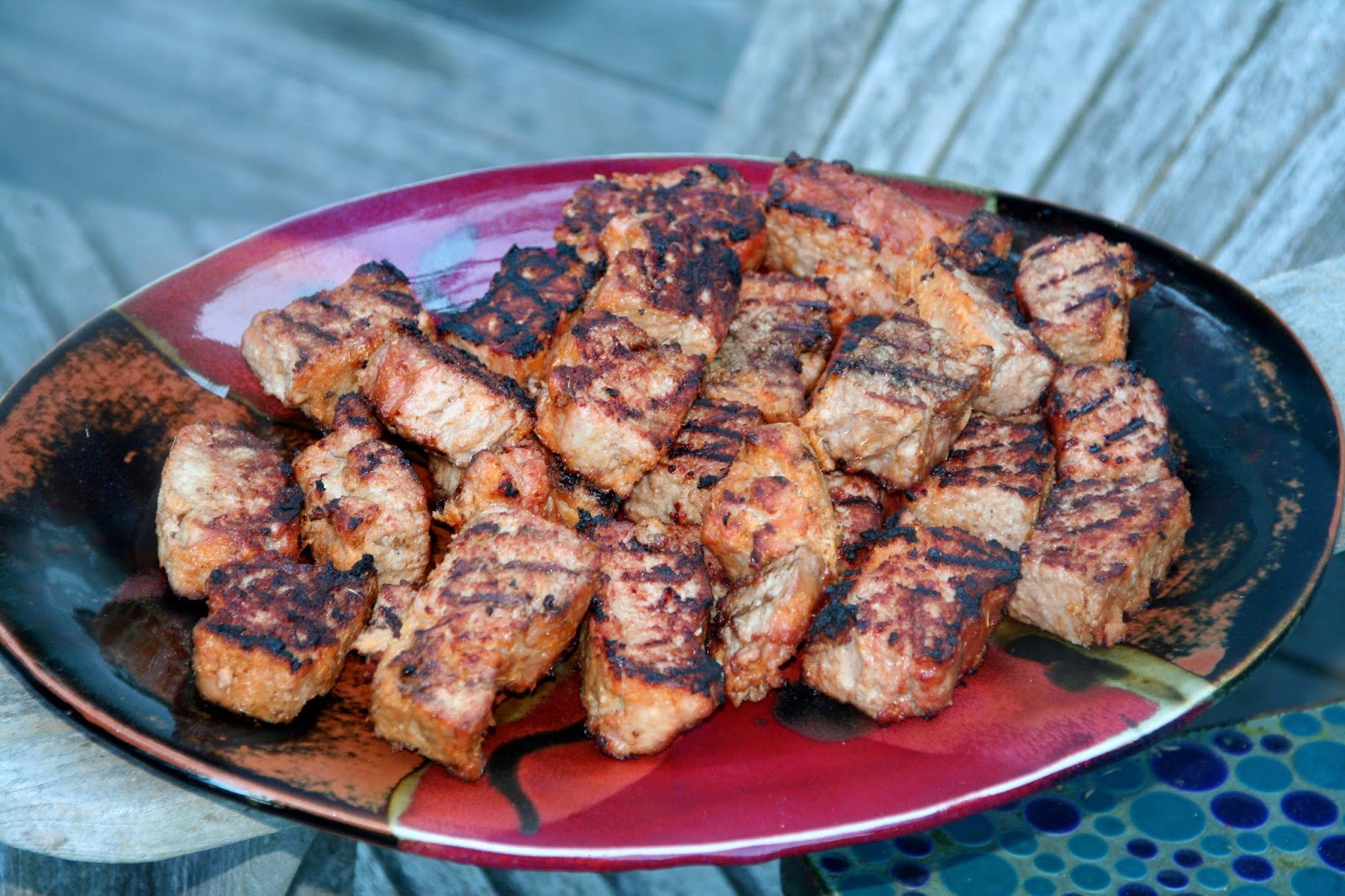 The same is true of the last two recipes I’ve tried from Valerie Gordon’s Sweet. Her matcha cookies with white chocolate and macadamia nuts are superrich, intensely sweet, and only faintly tea-flavored. We all liked them, but they sat around for a week, disappearing at the sluggish rate of maybe one per day which means they got stale before they got eaten. Was it their warty green appearance? I called them Shrek cookies, but no one knew what I was talking about, so apparently that cultural reference is dead.

But maybe it wasn't their looks. Maybe everyone in the house is sick of cookies. No one ate the salted peanut blondies either, and they were tasty, tan, and conventionally attractive. I can’t explain. 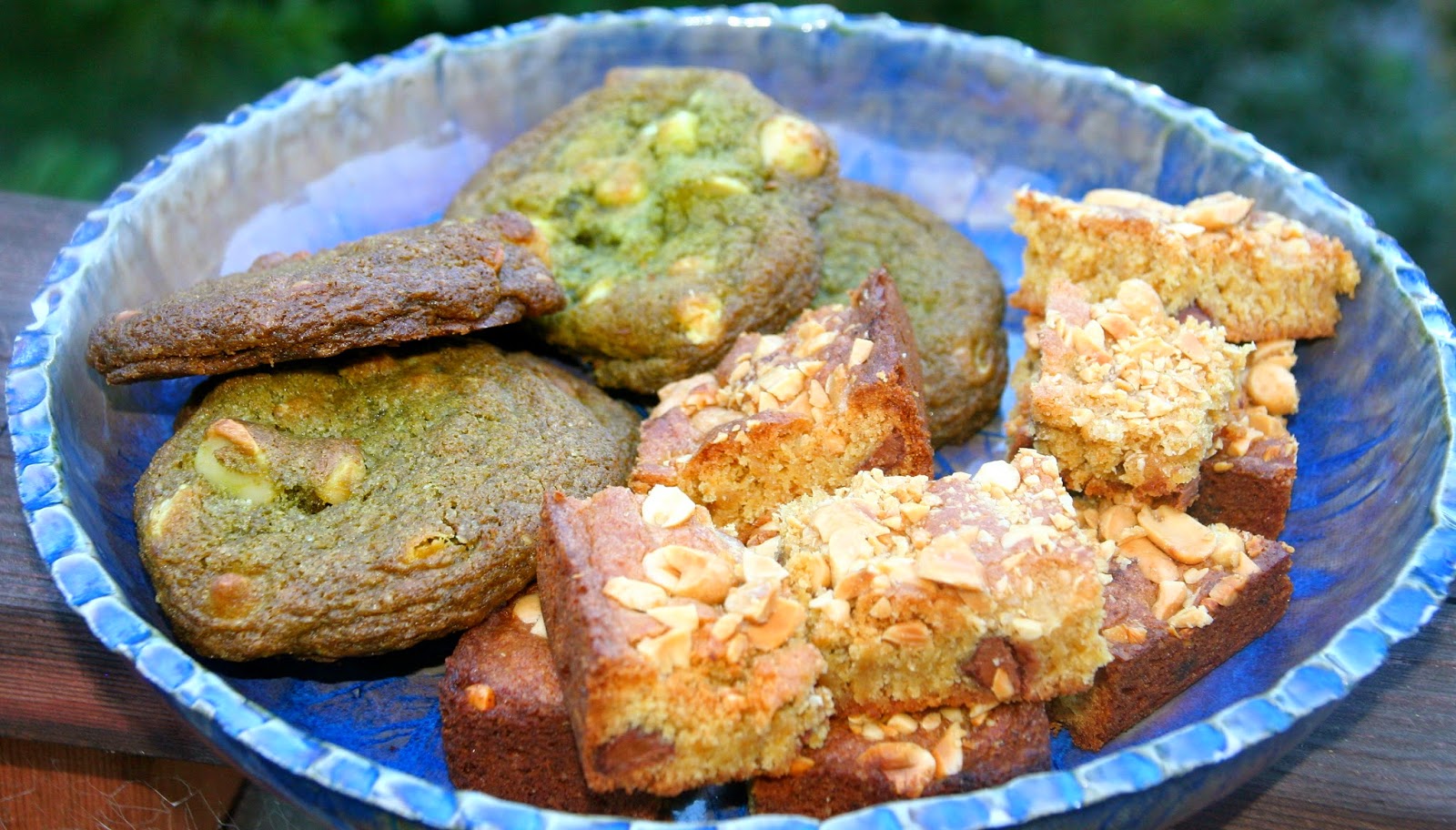