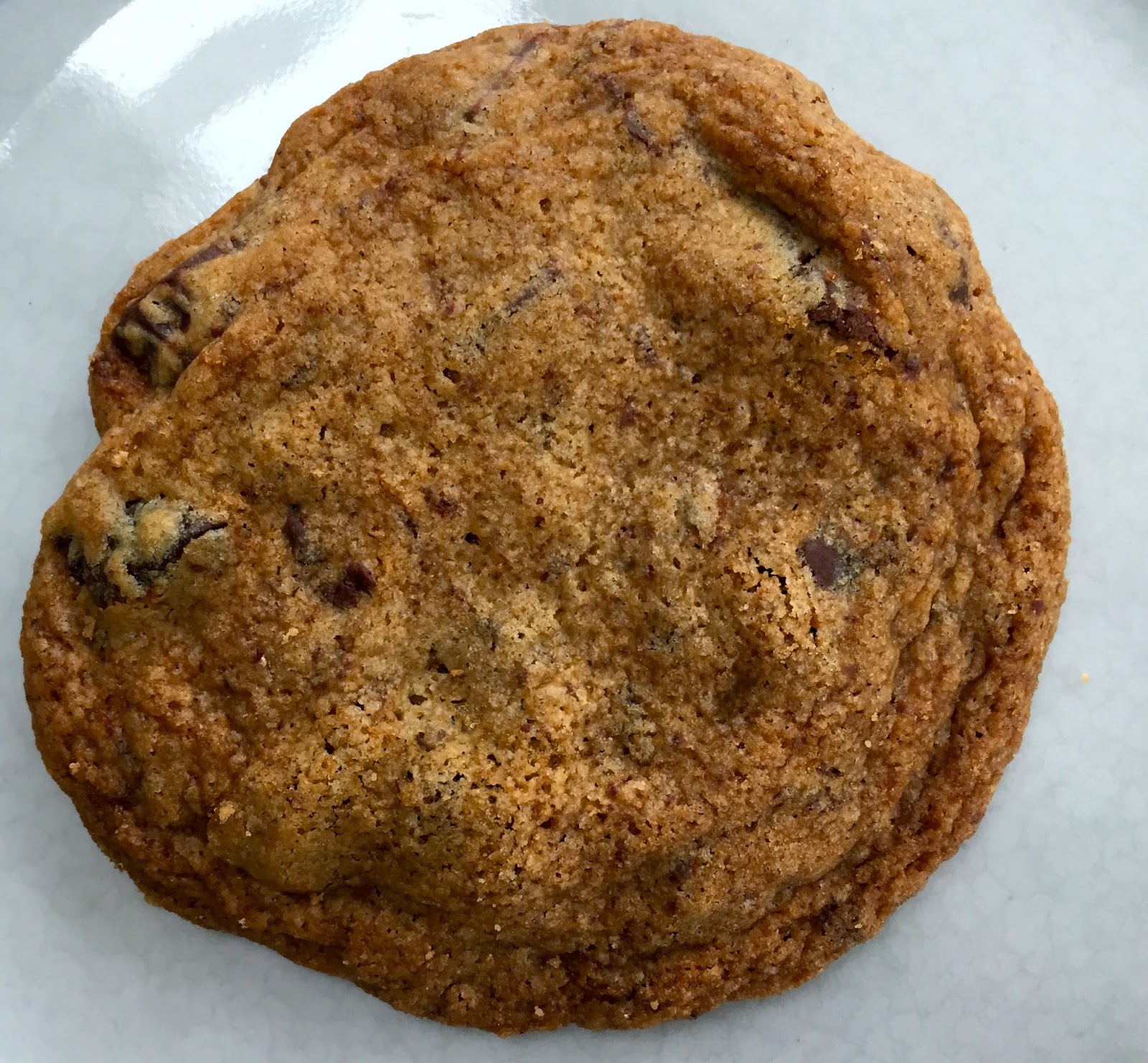 I detached the keyboard from the computer the other day because Owen hadn’t done his chores and seemed incapable of separating himself from Team Fortress 2. Based on his reaction, Owen would have preferred I detach a few of his toes, maybe even a foot.

“You’re the worst mother in the world.”

“This is my day off! I have so few days off and I just wanted to be happy.”

“I’m NEVER going to unload the dishwasher again unless you give me the keyboard back.”

“I’m going to step on your phone.”

“That cauliflower soup you made last night was uneatable, the worst dinner ever. You should burn the cookbook that it came from. It left a really awful taste in my mouth and later when I tried to eat cereal to get rid of the taste, even the cereal tasted like vomit. I wasted a lot of cereal, Mom. You should know that.”

Guys, the soup (recipe here) was not that bad. It’s a very eatable, even tasty, cream of cauliflower from Tyler’s Ultimate. You make it by simmering cauliflower in milk with thyme, bay leaf, and butter, then blitzing in a blender. Toss some bread crumbs and pine nuts with more butter, toast in the oven, and strew this rich, salty, crunchy topping on the soup. Yum.

Tyler's Ultimate does not deserve to be burned. Good cauliflower soup notwithstanding, I did give it to Goodwill.

I guess I need to back up. 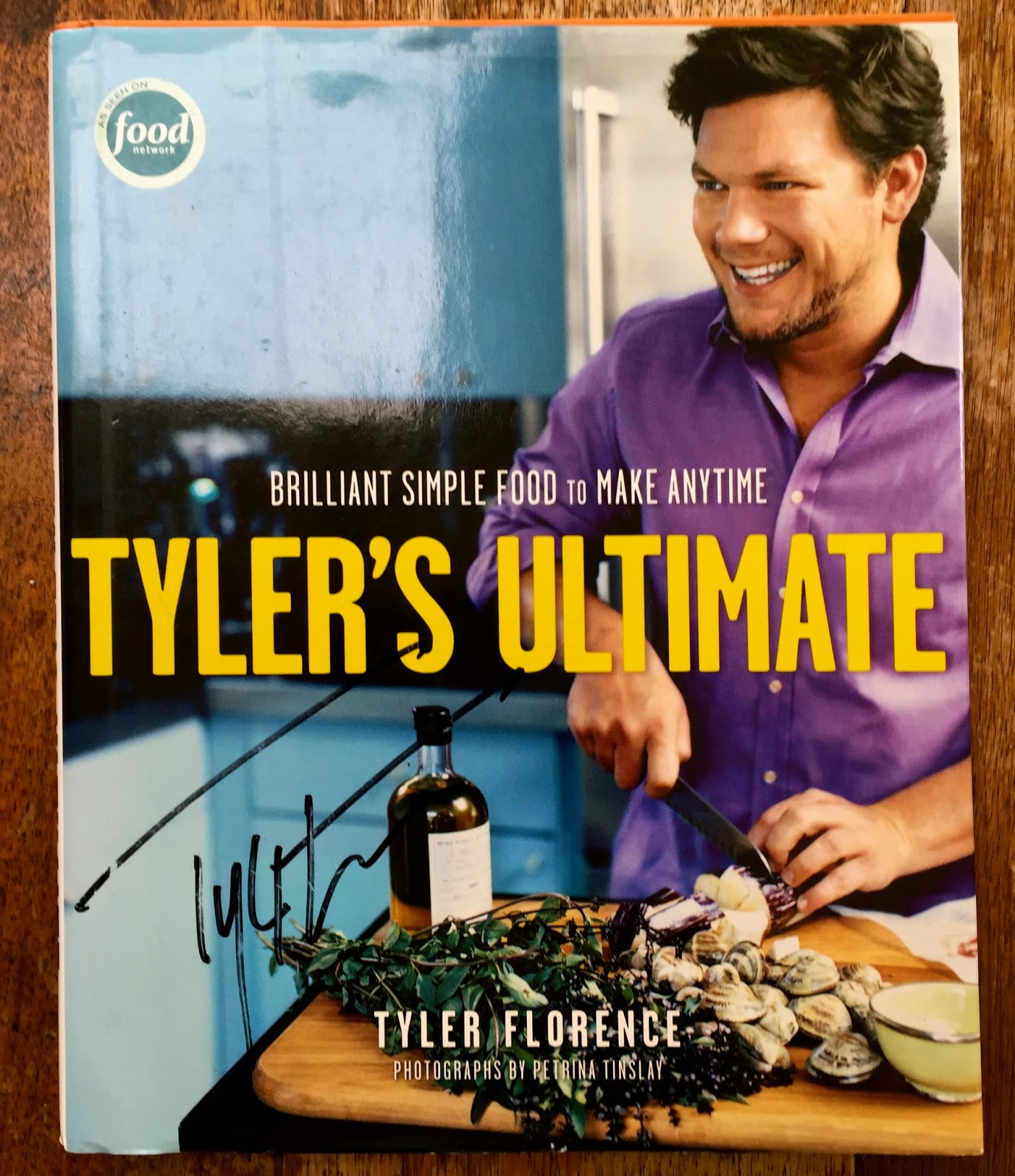 A year or so ago someone left two cookbooks on the free table at the gym: Tyler’s Ultimate and The Macrina Bakery and Cafe Cookbook. Both of them were signed. The Tyler Florence book was warmly inscribed to someone who shall remain nameless. 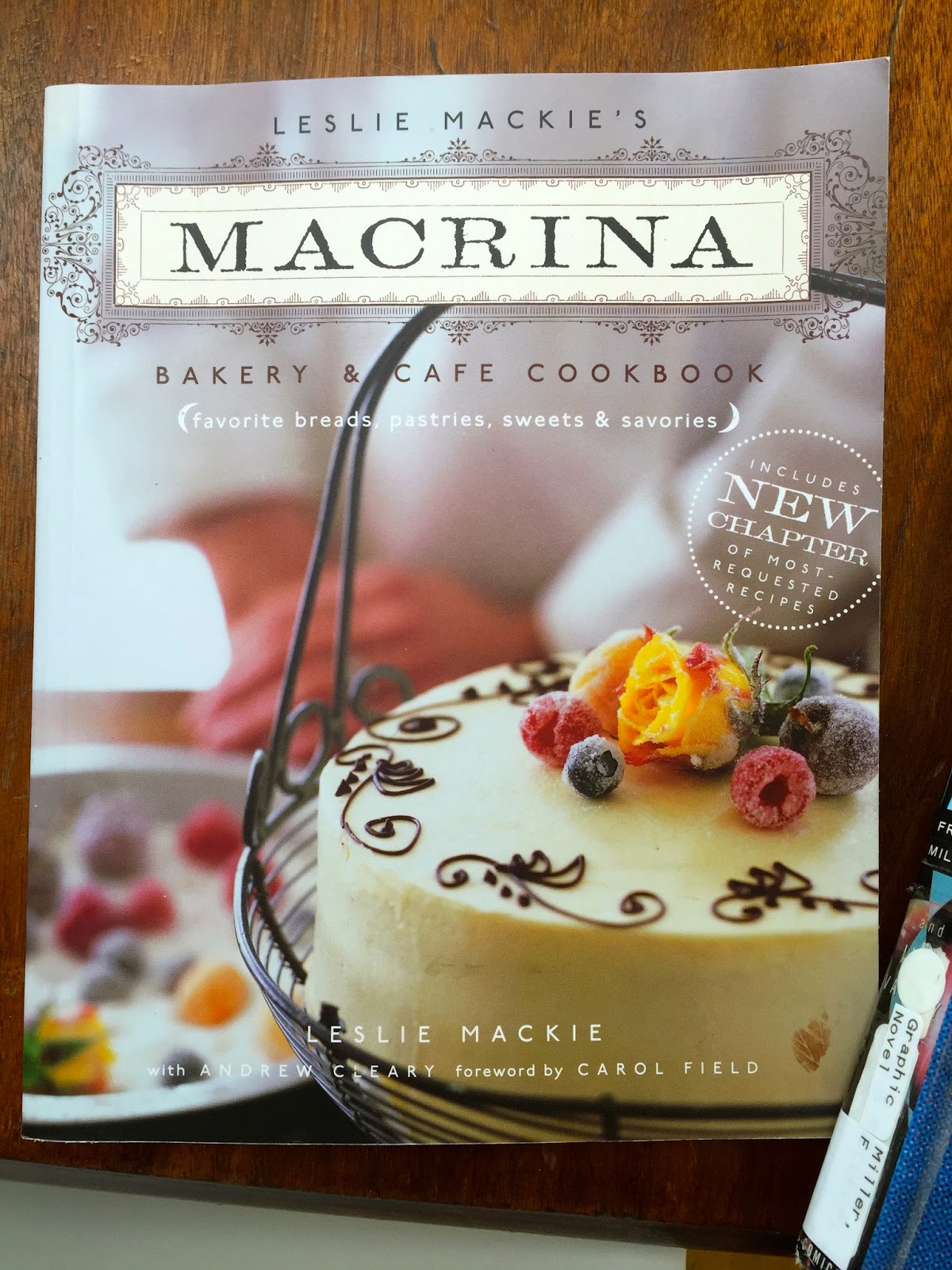 I took the books, of course. But did I really want them?

My shelves are getting tight again, so recently I decided to cull a few titles. It seemed logical to start by evaluating books I never actually chose.

I decided I had to try one recipe (the soup) but other than that I didn’t see much I liked in Tyler’s Ultimate. If you love Tyler Florence, speak now and I will listen respectfully. I didn’t delve deeply and could well be wrong. But the recipes appeared standard, the pictures almost grotesquely huge, the overall feel, flashy, showy, not my thing.
You know, because I’m really subtle and modest and elegant.

Macrina, by Leslie Mackie of the Macrina Bakery in Seattle, is as drab as Tyler's Ultimate is gaudy. Which is not to say that I adore the look of this book, which is full of illustrations like this:

No color whatsoever. You flip through this book and feel like you’re in a shabby apartment, late afternoon, with the blinds drawn. You can’t find a light switch.

Still, lots of intriguing recipes. And I do love to bake.

First, I tried the rustic potato loaf ("Macrina's most sought-after loaf") and it was perfect.

You boil potatoes in their jackets, mash, work them into a dough and bake into a lovely dense bread. I ate a piece of this every day last week for breakfast. I’d make it again in a heartbeat. Recipe here. 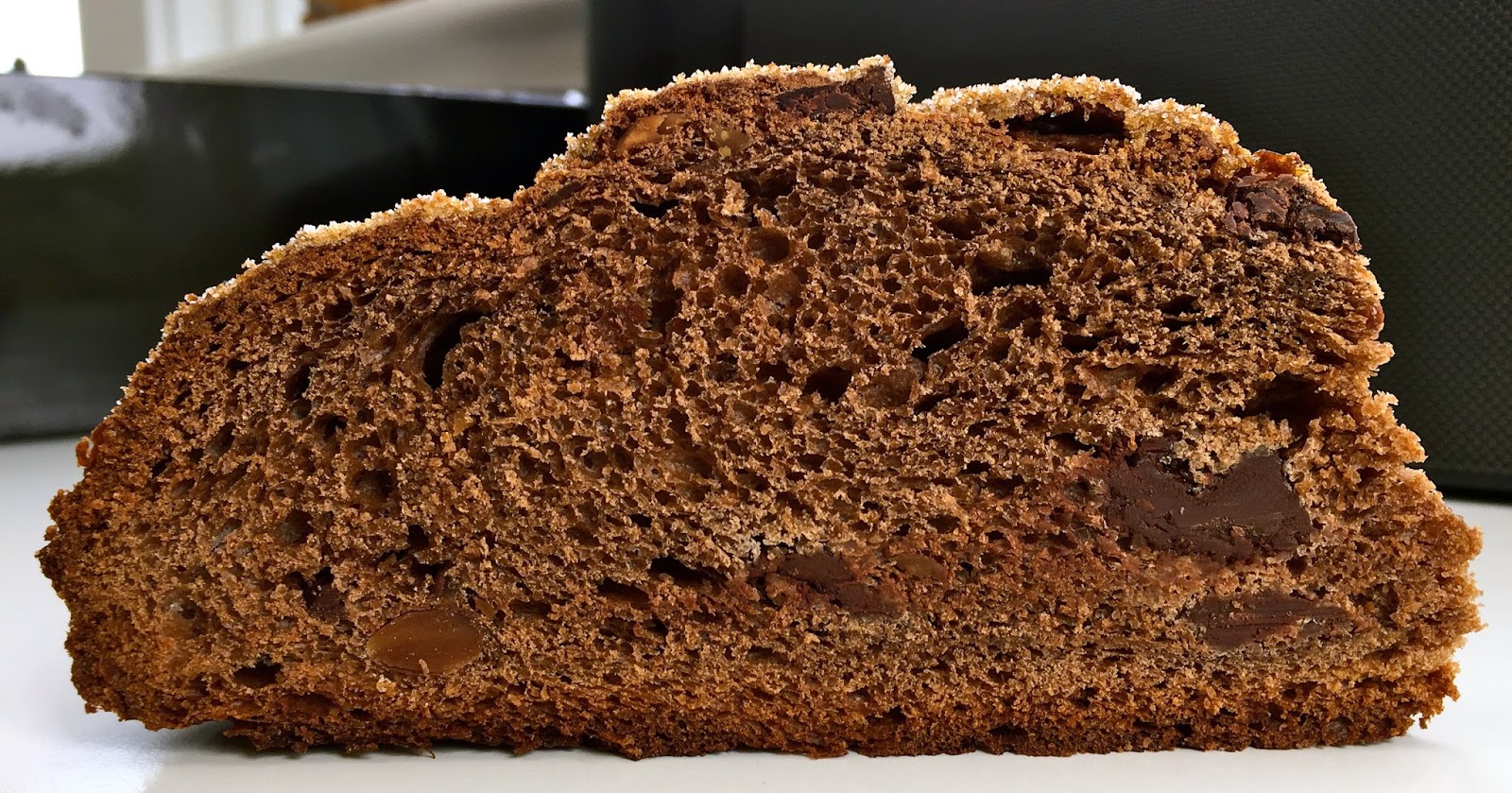 A few days later, I baked the Guatemalan hot chocolate bread. Really unusual. The flavor is that of chocolate cake, the texture that of yeasty bread. Big chunks of chocolate throughout. We ate roughly half the loaf before the novelty wore off. I wouldn’t make it again, but it was an interesting experiment.
Friday, I made the Macrina chocolate chip cookies with dried apricots. 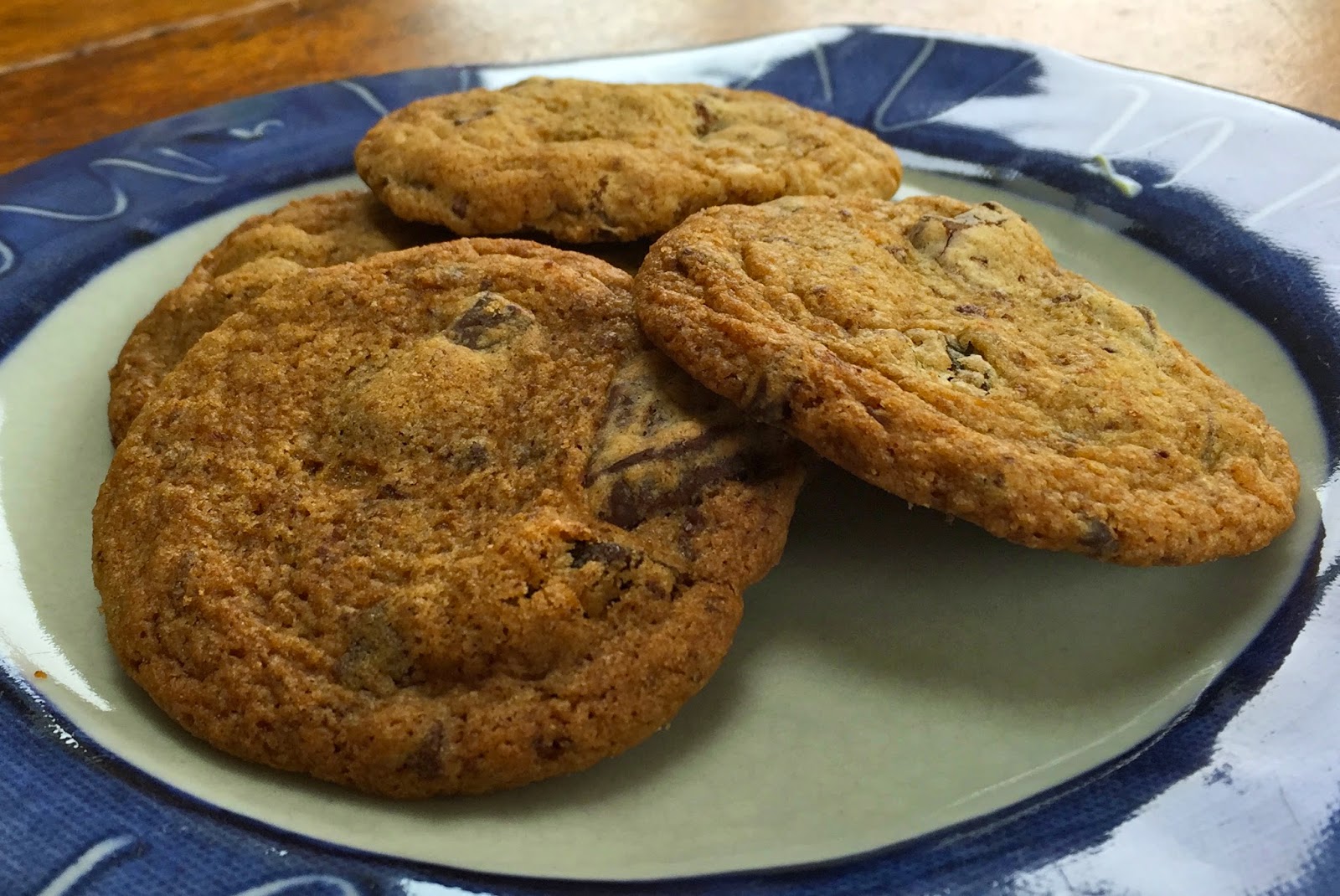 Jennifer: Did you try those cookies?
Mark, frowning: Yeah, I did. What kind were they?
Jennifer: Chocolate chip.
Mark, still frowning: Really?
Jennifer: Chocolate chip with dried apricots.
Mark: AHA!!!! I knew it!! I tasted one and spit it out. It was like there was a worm in there.
Jennifer: You did not spit it out.
Mark: When you’re expecting a regular chocolate chip cookie, you don’t want to bite into something gross.
Jennifer: Dried apricots aren’t gross.
Mark: I will not be having another one of those cookies.
Jennifer: Are you kidding?
Mark: Don’t tease me like that. It’s like me expecting you to go to the basketball game with me.

I live with crazy people. The cookies (recipe here) are delicious.

-condensed milk ice cream from Smashing Plates with 1 teaspoon of orange flower water added. Needs a new name, this ice cream. Otherwise delicious. If you have the book, you will not be disappointed by the ice cream.

-This Bon Appetit lamb and lentil dish which I liked, Mark deemed “flavorless,” and Owen said was “too spicy.” Can a dish be both flavorless and too spicy? 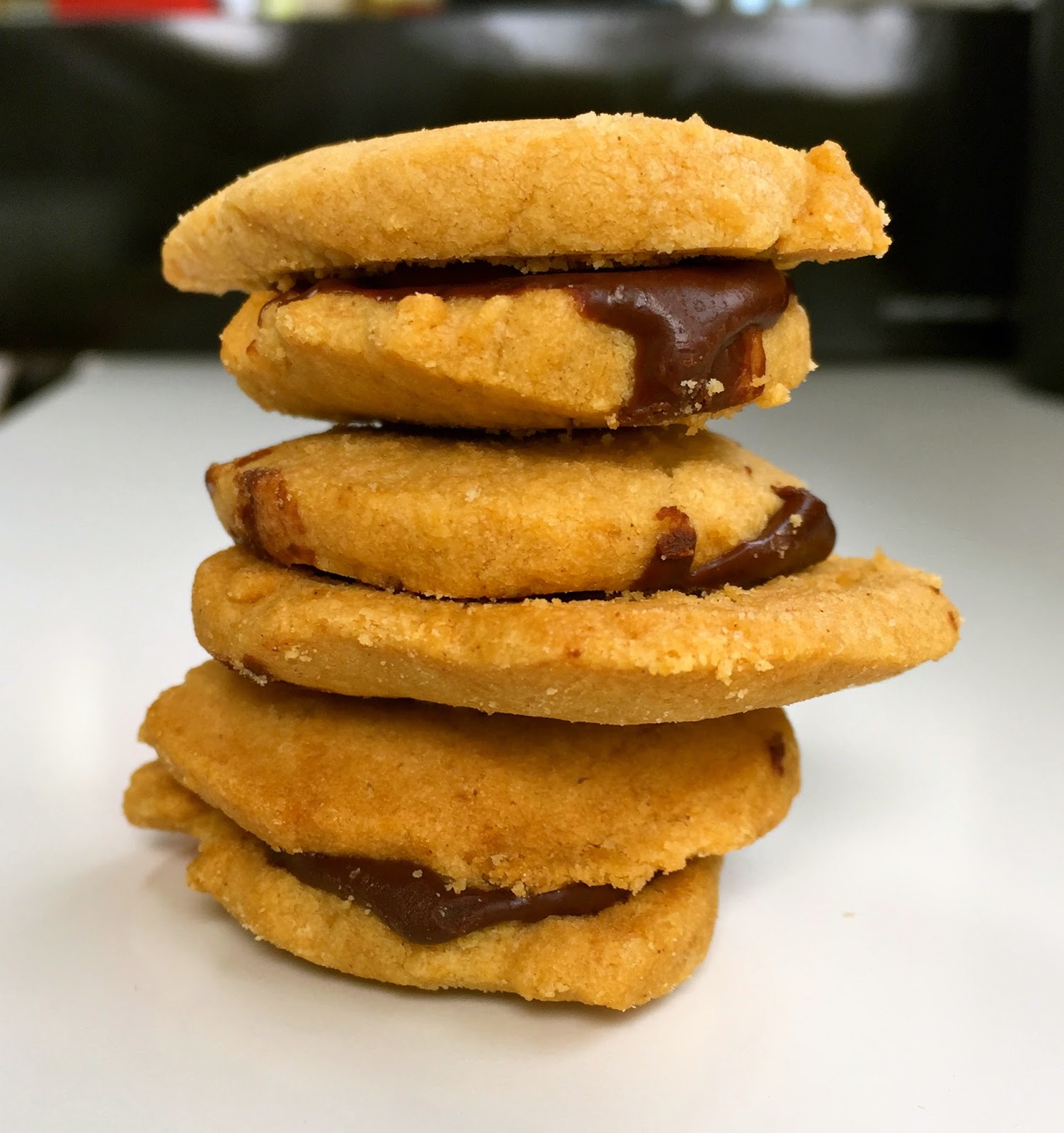