A winner, a loser, Lena Dunham 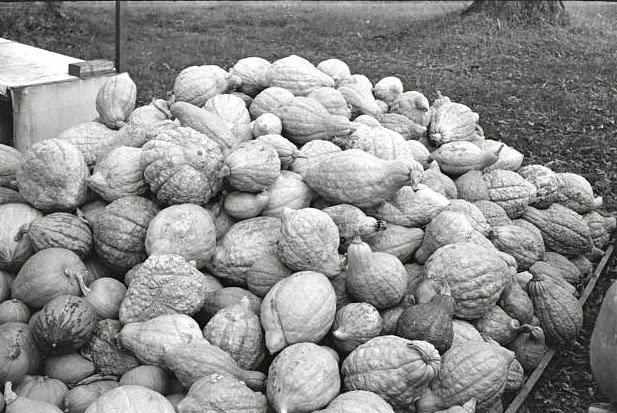 The squash with chile yogurt and cilantro sauce is the best dish I've made from Plenty More so far, by far. Toss sliced squash with olive oil and cinnamon, roast, top with Sriracha-spiked yogurt and a paste of cilantro, garlic, and oil. Sprinkle with some toasted pumpkin seeds for crunch.  Recipe here. The only thing I would change, and I can’t say this loudly enough: PEEL THE SQUASH. Other than that, perfection.

Not even close to perfect: the taleggio and spinach roulade, which is like a too-sharp, too-salty, loaf-shaped pizza full of leathery sun-dried tomatoes. Avoid.

I’m going to persist with Plenty More, but it will be hard when I get my hands on a copy of Gabrielle Hamilton’s Prune, reviewed yesterday in the New York Times. I first fell for Hamilton's writing when she explained everything that was wrong and right about Yotam Ottolenghi's Plenty in a notorious I Piglet essay. She nailed the problems (too tart, “not quite careful”) that I’ve been finding with Ottolenghi's recipes, but also captured why his books are so seductive. Prune is 576 pages long and while I'm not sure I'm going to love the recipes (broiled grapefruit) I can't wait to curl up on the sofa and read it.

Finally -- and this relates to cooking only thanks to the puerile food diary in which she records the calories in single bites of tofu and lemon tart* --  I read Lena Dunham’s Not That Kind of Girl over the weekend. FTR, I didn’t pick up on any sexual abuse of her sister. None. I had other problems with the book, however. I’ll just name one: I wanted to hear more about Dunham's ambition and accomplishments, less about her degrading hookups. All the youthful bad sex with unappealing man-boys started to depress me, mostly because I couldn't figure out why she was doing it. I detected no sexual desire, not a glimmer of real longing, in this book crammed to bursting with sex. Zero. It sometimes read like she was throwing herself into situations for research purposes, gathering up mortifying erotic experiences for her art. Or maybe she thought sexual adventures were expected of groovy 21st century girls?

I was perplexed. If you’re in your twenties or thirties and shaking your head because you loved and related to Not That Kind of Girl and think I’m dead wrong, please remember that while it would have been a (barely) teen pregnancy, I’m old enough to be Lena Dunham’s mother. Isabel thinks the book is great and hilarious. I can not fathom why she and I have not yet discussed it at length.

Which reminds me: I love how tenderly Dunham writes about her parents.

**Isabel appears to have taken the book to school, so I can’t fact check whether tofu or lemon tart appear in the food diary. I think they did, but the diary was so boring I skimmed and can't remember.
Posted by tipsybaker at 11/06/2014 12:52:00 PM