Id and superego saw Eclipse and guess what? They disagreed. 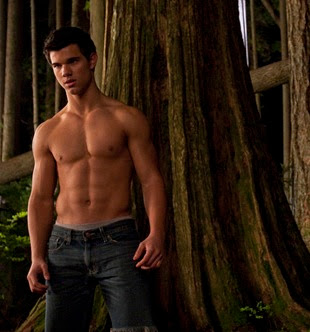 If Betty MacDonald had seen Eclipse she might have said nicer things about the Native Americans of Washington State.

I walked out of the theater yesterday, called Isabel and told her how much I enjoyed Eclipse. She replied, "Didn't you think it was STUPID?"

I was so proud of her! I said, "Of course it was stupid, but I also loved it." I wanted to tell her that if she were in Bella's shoes I would twist Edward's pale undead head off with my very own hands and insist she get with the werewolf. But it didn't seem appropriate. Time magazine's excellent review -- Mary Pols calls Edward a "maiden"-- says everything I want to say about this berserk movie, but says it better.

One of my favorite bloggers, Kacy Faulconer, recently exhorted sheepish Twilight fans to stand up for themselves. "If you like it, you think it's good, right? I mean, if you think it's dumb then why do you like it?. . .You don't get to love it and be above it at the same time."

I didn't cook anything yesterday except a grilled cheese sandwich. Tonight we are going to a special (we hope) dinner here. What I am not ordering: zucchini tartare.
Posted by tipsybaker at 7/21/2010 05:18:00 AM