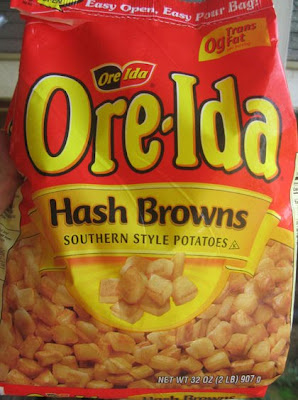 As Azure Song pointed out in a recent comment, Pioneer Woman aims straight at the taste buds of American men. She's the dream wife who never scolds, nags or serves brussels sprouts, never drags her spouse to a Cambodian restaurant, Romanian movie, or the ballet. Instead, she fries him up some battered chicken and nicknames him Marlboro Man.
I like Pioneer Woman, like her lack of pretension and her humor and heart. But sometimes she bugs me. Here's the foreword to her breakfast burrito recipe: "If you're looking for fancy chipotle-asiago-chorizo poblano-fancy-o breakfast burritos, you've come to the wrong wife and mother. And I've tried that route; believe me, I've tried it. The problem is, my family -- my husband and four children -- just don't like chipotle-asiago-chorizo-poblano-fancy-o stuff."
Wait a minute. Chipotle, asiago, chorizo and poblano aren't really "fancy-o stuff," they're inexpensive Mexican/Italian staples you can find at Safeway, and while you wouldn't want to eat them all together, each on its own is, in my shrewish opinion, more delicious and nutritious than, say, cream of mushroom soup. Moreover, I'd sooner put poblano and chorizo in a burrito than frozen hash browns (per PW's recipe), not because I'm "fancy-o" but because I think the burrito would taste better.  C'mon, Pioneer Woman, lead your timid family into some new culinary frontiers! You're making the rest of us look bad.
I'm not sure Pioneer Woman's rustic flat apple pie, which I baked the other night, was as man-pleasing as her usual fare. It's essentially apples and sugar folded in a free-form crust. PW seems to realize this is rather austere and elegant, maybe even healthy, and offers a suggestion: "For extra sweetness, drizzle on jarred caramel topping after removing the pie from the oven."
This chick does not fight fair.
Posted by tipsybaker at 3/07/2010 07:22:00 AM