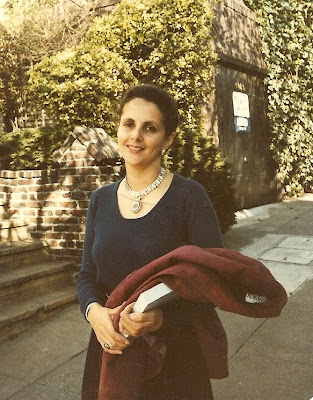 Although she couldn't eat and was frequently incoherent after she came home from the hospital 10 days ago, my mother often asked for a tiny cup of coffee. Overjoyed that she actually wanted something, we made the coffee, even knowing she wouldn't drink it. She'd clutch the hand-made mug (she was a potter) in her bony, jaundiced fingers and attempt to bring it to her lips, usually hitting somewhere in the middle of her chin. Then she would just lie there, fingers laced around the warm cup, eyes shut. I worried she would fall asleep, spill the hot coffee and burn herself. I would try to extract the mug from her hands. The other day when I thought she was dozing, she said, "I'm going to do this for 45 minutes just to drive you crazy."

I would say she was as funny as ever in her final days, except it's not precisely true: She was funnier.
On Tuesday, she again requested coffee. Then she mumbled, "newspaper." I brought in the day's Wall Street Journal (she was an obsessive WSJ reader) and propped it up on her tented legs. She tried to put on her owlish red glasses, but had lost the ability, so I did it for her. For 20 minutes she sat there absolutely still, clutching the coffee, newspaper propped up, sunken eyes closed. It was pitiful, but it was valiant, and it's the last image of my beautiful, exuberant mother that I will remember with any pleasure. After that, all I saw was the cancer.
She died early Friday morning, my aunt and sister holding her hands. She was ready to die -- she'd said it many times -- and I am glad for her that she is free.
I am not glad for myself. I used to call her every day, often more than once. I keep having the urge to pick up the phone, an urge I think is only going to get stronger as everyday life starts up again. Talking to my mother was my everyday life. 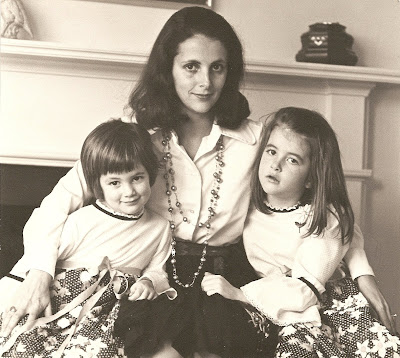