I’ve been all over the map. First, in Honolulu, to celebrate my in-laws’ 50th wedding anniversary. We swam in the sea and (some of us) ate warm, salty, delicious Spam musubi.


Then the big family party moved to Maui, where we swam in the sea and ate Costco food prepared in condo kitchens. My brother-in-law made a fresh pineapple pie so delicious that I must replicate it within the week. More on that coming soon. My kids and their five cousins . . .  frolicked? Cavorted? Stupid words, but ones that begin to capture that combination of horseplay, confiding, pina colada-drinking (virgin, they said), snorkeling, card games, and utter nonsense that seven boisterous teenagers who have known each other since birth get up to when they’re reunited on a tropical island.

I had an ambitious eating list for Hawaii, but the trip was for celebrating David and Mary, not running around to bakeries and shave ice stands, so I was uncharacteristically at peace seeing gastronomic ambitions thwarted. It was a lovely, lovely trip even if I never got to try poi donuts. I am very grateful to have married into this warm, close family.
I did come back with a fixation on purple sweet potato-haupia pie, a confection that a local person described to me and which I looked for everywhere and never found. I have to bake one if I’m ever going to taste one. So along with pineapple pie, that’s on the summer to-do list.

The day after we got back from Maui, I flew to New England to install Owen at summer school. I swam in another sea and ate a couple of lobster rolls and stayed in my cousin’s house in the town of Rumford, Rhode Island, birthplace of Rumford baking powder, and got the kid all set up in his dorm with junk food and laundry detergent, only one of which will be put to use, and said good-bye for 6 weeks. 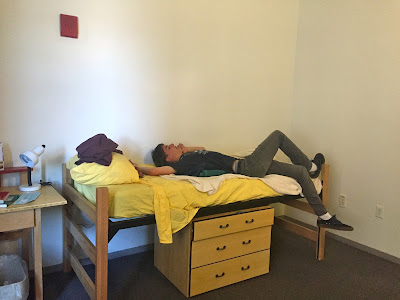 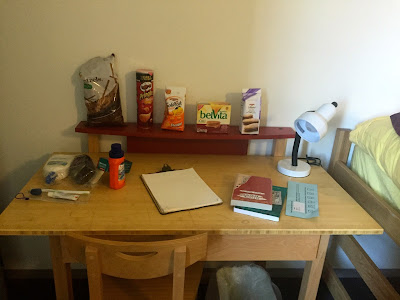 I flew home a few days ago to an empty nest.  My inglorious return to cooking after this long hiatus featured a pea and cashew soup from the latest Bon Appetit. The recipe came attached to a vivid story by pastry chef Brooks Headley about why there’s a role for frozen vegetables, even in summer. Have you read it? The story doesn’t really track, but it’s lively and the gist is that fresh summer vegetables, like sugar snap peas, are amazing -- but they’re too expensive to use in something like soup. Instead, you should eat them whole and fresh and turn to cheap frozen peas when you make soup. Headley has a recipe: “You are going to blend a bunch of (frozen) sugar snap peas into creamy submission, but the soup is still going to have, as Fonzie would say, ‘a snap in its trunks,’ and it’s going to be very delicious.”


I don’t remember Fonzie saying that and I’m not sure what that line even means. Is it dirty? In any case, the soup interested me. In addition to sugar snap peas, it contains onions, celery, garlic, brown sugar, and cashews, and it looked like it would be healthy, substantial, and easy. It was healthy, substantial, and easy. What it wasn’t, was good. The first bite was tasty, the second bite was less tasty, and a whole bowl was almost vomitous. I ended up throwing away the rest of the pot, and it was a big pot. Way too sweet! Sugar snap peas are already pretty sweet, so why the sugar? And in combination with the sweet, unctuous cashews -- blecch. Imagine a hot, sweet, green, liquidy pudding.

Then I remembered that Headley’s book, Fancy Desserts, which won the 2015 Piglet, was packed with vegetable desserts, including a pea cake. He clearly isn’t as uptight about sweet-savory boundaries as I am. I also remembered that the cashew gelato from Fancy Desserts was glossy and divine, so if you have a copy of Fancy Desserts (and dextrose powder), you should make it. I looked for the recipe online and never found it, I’m sorry, but I did come across this 2012 story about ice cream that mentioned an innovative banana split at the Ice Cream Bar in San Francisco, a place I’d never even heard of. I was horrified. I pride myself on keeping track of bakeries, ice cream shops, and clever restaurants in my region. Big fail. The Ice Cream Bar. Something else for the summer to-do list.