A week or so ago I decided to go on a little diet. I try not to say the word diet too loudly lest I immediately start wanting to eat everything in sight. So I whispered the word diet. I’d weighed myself for the first time in months and it was exactly as I had predicted, down to the pound. That’s one beauty of middle age: I know my body so well that I don’t even have to step on a scale to know precisely how much I weigh, I just have to gently squeeze one of my arms. The only other person I know who shares the infallible arm-feel barometer is my sister. It’s one of our special genetic endowments, the sturdy arms, and I like to think it suggests we come from strong, cabbage-picking stock. I’m not trying to make you feel bad. I’m sure you have other things going for you.

So I sat there on the morning I intended to start my diet and flipped through The Naked Cookbook, an attractive volume by food blogger Tess Ward. It’s a wellness-oriented book with recipes for almond milk, coconut yogurt, and ginger-turmeric lattes, as well as information about things like wheatgrass and your adrenals.
It had come in the mail. It isn’t the type of book I’d ordinarily buy as I do not have a wellness-oriented personality. And yet I found myself drawn to it. The pictures are so pretty and the desire to be someone you’re not not dies hard. Perhaps someone like Tess Ward. . . 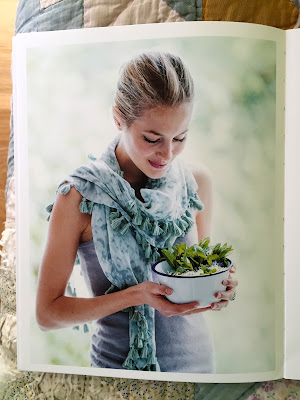 Also,  I had recently made a very delicious riced cauliflower dish (riced cauliflower, goat cheese, lemon, pumpkin seeds, favas/peas) from the book and I wondered what other nutritious and dietetic gems it might contain.


I was sitting there looking through Naked when Isabel came down and said, “What’re you doing today, Mom?”

She said, “What should we do?”

She said, “I don't like going to movies in the day.”

After movie, that was the first thought that popped into my head on a sunny June morning in California. Not hike, not bike ride, not spa day, not shopping trip.  Food crawl.

“Sure,” said Isabel. “When should we leave?”

You might think I decided to postpone my diet for another day. I did not. I decided to embrace, yet again, the small portions diet, the only diet that will ever work for me. It’s not the most miraculous diet ever, to put it mildly, and if you can handle something more restrictive and badly need to lose weight fast, you should. But until I get a personality transplant, the small portions diet is the diet for me.

In case you’re planning a trip to the Bay Area soon, here is our food crawl itinerary. I wouldn’t recommend either the first or last leg of the crawl, which means that this account yields but a single restaurant recommendation. As Isabel put it later, our day was short on food, but long on crawl.
Stop 1: Crixa Cakes in Berkeley. I can’t remember where I read about this Russian-Hungarian bakery, but it’s been on my list forever. The atmosphere was chilly and a little stiff, not cozy, and the woman behind the counter was stern, like the woman behind the counter of an Eastern European bakery should be. We ordered a miniature Boston cream pie (photo at top) and a kreme, which is a mighty brick of vanilla custard held between a few shards of pastry. The kreme was delicious and hard to stop eating, though I did so after a few bites and we got a box for the leftovers. The Boston cream pie turned out to be wonderfully resistible, the ratio of cake to pastry cream far too high. If you are in the vicinity, you could do worse than a trip to Crixa, but we did not adore this bakery.

Stop 2: A few years ago, a friend of my father’s recommended El Paisa, a taqueria on International Boulevard in Oakland. The neighborhood is not the greatest, unless you consider piles of trash and mattresses on the street the greatest. But inside the taqueria, all was humming and cheerful and wholesome. We were the only non-Hispanics. Big line, Latin families from babies to frail grandparents all there for their midday Saturday feast of tripe tacos, brain tacos, horchata, chorizo burritos, chicken burritos, et cetera.  Isabel ordered two dainty carne asada tacos and I ordered one not-dainty carnitas quesadilla. It took titanic will power not to eat every bite of that fantastic quesadilla, even after I was stuffed. So good. But I dutifully put half of it in a box to take home. That might not sound like dieting to you, but trust me, it is. It could have been so much worse.

I highly recommend El Paisa for both the outstanding food and the fun cultural experience. Like going to Mexico without getting on a plane or worrying about the water.

Stop 3: We drove from El Paisa an hour south to the Mitsuwa Marketplace in San Jose where I was hoping to find fresh dorayaki, a fixation ever since I saw the film Sweet Bean last month. Have you seen Sweet Bean? It’s a gentle Japanese movie about a morose dorayaki maker and the old woman who turns up at his cafe one day looking for a job. It’s a very pleasing story and a tiny bit sappy. I loved it. Among other things, it will make you want to eat dorayaki, which are small golden pancakes filled with a jammy sweet bean paste. Alas, Mitsuwa, a huge strip-mall chain grocery store, only sold packaged dorayaki, which did not appeal. We bought some cream mochi instead. 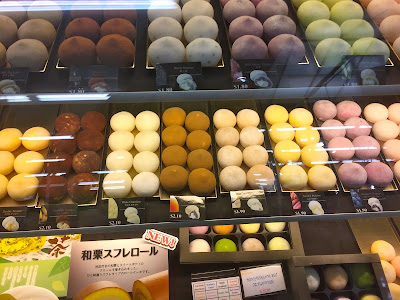 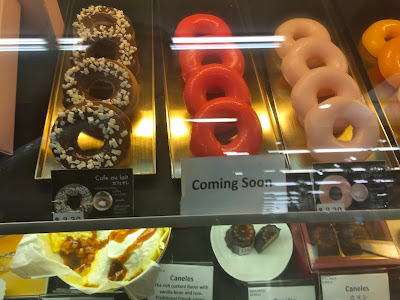 Yuck. Bitter disappointment. It was easy to eat small portions of the mochi because they were intensely perfumey and artificial tasting, especially the fruit flavors. I think we chose poorly. I hate throwing food away, but we threw away our leftover mochi and that was the end of our food crawl. It doesn’t sound like much, but it took all day. I loved driving around with my girl.

I have consulted my arms and in the last week I have not lost weight, but not gained either. I consider that a win.

Our plum tree went into overdrive this year and I couldn’t figure out what to do with the bonanza of fruit. I don’t make jam anymore (no one but me in this house eats homemade jam) and while I’d love to bake with plums, these are the kind of plums you can’t slice because they burst when you break the skin, the flesh collapses, and the juice runs all over the cutting board. I decided they might make a good ice cream, though, and I was right. I used David Lebovitz’s plum ice cream recipe from The Perfect Scoop, which was easy and delicious. Because you puree the sour plum skin with the flesh, this ice cream has that sweet-tart magic of plum jam, plus the lovely pink color. It tastes like sorbet, but is definitely ice cream. Small portions, for sure!

Lebovitz suggests cutting up the plums, but I just stewed them whole and removed the pits when the plums were cooked. You could use little wild plums for this. Make it. You’ll like it.

Stew a pound of whole plums in a pot with 1/3 cup water until the plums disintegrate completely. Remove the pits and stir in 3/4 cup plus 2 TBS sugar (180 g). Cool. Puree with 1 cup cream and (if you want, though it’s not necessary) 1/2 teaspoon kirsch.  Chill. Churn. Makes about a quart. 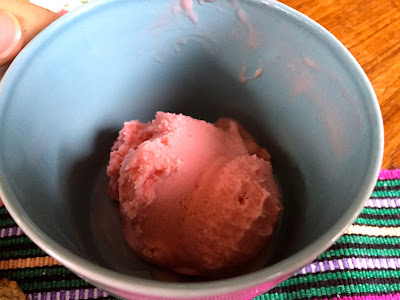