This and that, part XVII 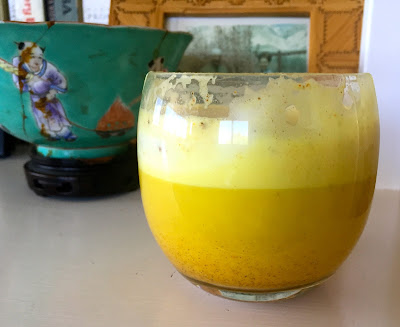 * The new film Our Little Sister follows the daily lives of four Japanese sisters sharing a rambling old house over the course of a year or so. Minor romantic complications arise, festivals, arguments, cherry blossoms, soccer games, tears, hugs. Plot-wise it’s not exactly, I don’t know, The Shallows. But the characters are lovely, their intertwined stories absorbing, the way the sisters take care of each other moving. A major theme running through the narrative is food. The sisters pile whitebait on toast, they cook seafood curry the way their mother taught them, but above all, they make, drink, give away, and talk about plum wine. The making of plum wine is beautifully rendered. We watch the sisters pick hard, green plums from their tree, prick them with a needle in unique designs, then place the plums in crocks that they store in a cellar with wine made by previous generations. I have so many unfinished projects going that I dread the appearance of a new one, but I hope I can make plum wine happen here next spring.

Mark found the film slow and overly delicate. I can’t say he’s entirely wrong. From my description you can probably tell whether you’d enjoy Our Little Sister or not. Obviously, I did.

*Speaking of sisters, I told mine that I’d bring dessert to dinner the other night and while I intended to make a pie or layer cake, I ended up bringing an unfrosted, one-layer, brown cake. As always. You know the kind of cake I’m talking about. Marion Burros’ famous plum torte falls into that category, as do Marcella Hazan’s great walnut cake and Laurie Colwin’s nutmeg cake, to name but a few among thousands of unfrosted, one-layer, brown cakes.

I need to get out of this rut.

I’m not sure the previous paragraphs did anything to sell the Food52 rhubarb almond crumb cake, which is the unfrosted, one-layer, brown cake I brought to my sister’s. I’m sorry, because it was a winner. (Someone even described it as ambrosial.) It’s a basic butter cake with rhubarb folded in and a crunchy almond streusel topping.  You could use more fruit, you could change the fruit, you could change the nuts, you could swap out the almond extract for vanilla, you could experiment with different flours. If you have a crazy rhubarb patch like I do, bookmark this recipe. It’s a really handsome tunic. You can wear it anywhere.

*On July 4, 1996, nine days before we got married, I baked a tomato pie that Mark has talked about ever since. I know the date because it is written in the margins of Laurie Colwin’s More Home Cooking next to the recipe for tomato pie. It’s a bizarre recipe, involving a double biscuit crust with a filling that, in addition to cheese and tomatoes, includes a big dollop of mayonnaise. Mark loved this pie and wanted me to make it again immediately. I was displeased with this pie as it was very soupy. A cook doesn’t like serving a soupy pie. It feels like failure.

This past Tuesday, six days after our 20th wedding anniversary, I made Mark a second tomato pie. I used a recipe in Ruth Reichl’s My Kitchen Year that looked a lot like Colwin’s, but I hoped would be less soupy. Reichl’s recipe does away with the top biscuit crust, reduces the cheese, and quadruples the mayonnaise. If you lived through the low-fat mania of the 1980s, slathering that cup and a half of glistening mayonnaise over sliced tomatoes might give you palpitations.

How was the pie? Very good. As good as it was fattening? Not in my opinion. Would I rather have pizza? Yes. Was it soupy? Yes. Did that bother me? Yes. Did Mark love the pie? Yes. The recipe is here. I followed Reichl’s instructions exactly, though skipped the “little flurry of chopped parsley” in the biscuit dough.

*We are living in the golden age of the experimental latte. I for one feel very lucky. I want to try them all. A couple of weeks ago I went to a restaurant that listed something called a misugaru latte on the menu. The waiter explained that misugaru was a kind of Korean cereal and convinced me not to order it. I’ve regretted listening to him ever since. One of these afternoons, I plan to drive into San Francisco and try a sweet potato latte. I was hoping that afternoon would be this one, but today’s blog post has taken too long to write, damn it.

Naturally, I was fascinated by the recipe for a turmeric-ginger latte in Tess Ward’s Naked Cookbook. I tried it yesterday. You toast some turmeric powder, ginger, and cinnamon in a little skillet, combine with steamed almond milk and an optional 1/2 teaspoon honey. I was suspicious of that meager “optional” 1/2 teaspoon honey and rightly so. The latte wasn’t even slightly sweet and I had to add a lot more honey to make it so. Unless you’re on a strict no-sugar diet, you should quadruple, maybe even octuple, the honey. A bigger problem with the latte, though, was the fact that the turmeric powder did not really dissolve. It settled thickly on the bottom of the cup so that as I got towards the end of the latte a bitter sludge of turmeric filled my mouth and guess what? It was yucky. A cheesecloth-lined sieve would solve this problem, but next time I’m going to try the Goop turmeric-ginger latte which looks more delicious anyway.

Goop is such an ugly word. Why did Gwyneth choose it? I don’t even like typing it.