Ingredient of the Week: Coconut Sugar 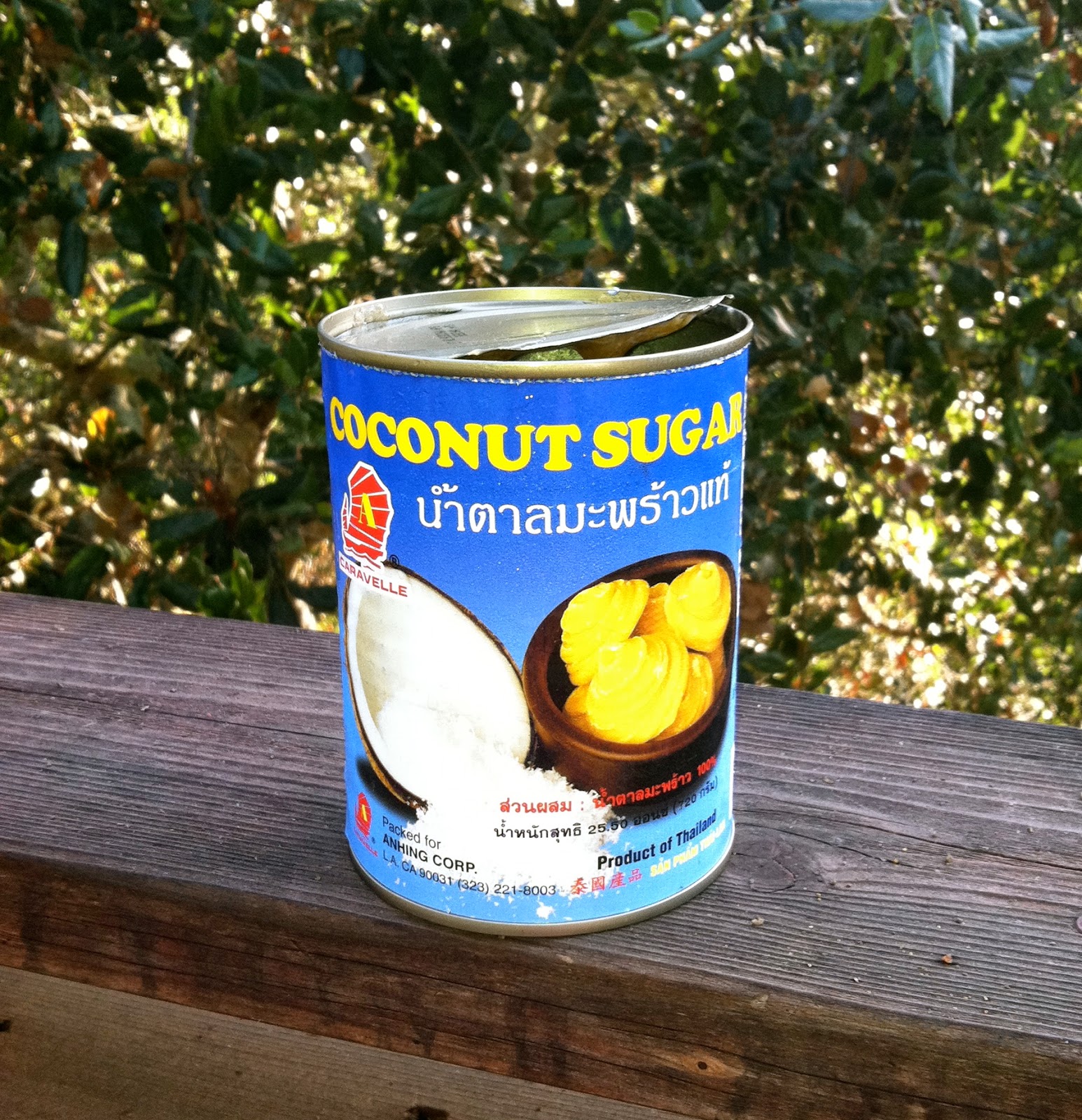 Surveying my overstuffed pantry the other day, I realized there’s a lot of interesting stuff in there. Asian condiments, teff flour, stone-ground grits, strange sugars, maybe 10 varieties of dried chili. If there’s an earthquake, we could live for days on Chinese sesame paste and black treacle alone. In the interests of finishing the pantry clean-up, I've decided to highlight one unusual ingredient per week and find ways to use it up.

I have no idea why I bought this, except of course I know exactly why I bought it: coconut sugar. It sounds like the most delicious thing ever. One day when I was wandering the aisles of the Richmond New May Wah I must have put this can in my basket because it looked and sounded so magical. Brought it home. Years passed.

The image on the can made me expect coconut sugar to be white, pressed from the snowy flesh of a coconut. Not so, as I discovered yesterday when I finally opened the can. Coconut sugar is derived from the sap of the coconut palm and my can contains an alluring caramel-colored goo that separates into a translucent syrup and a thicker, sugary paste. It’s delicate, a little nutty, a little fruity, and very delicious. It would be fantastic on crepes. 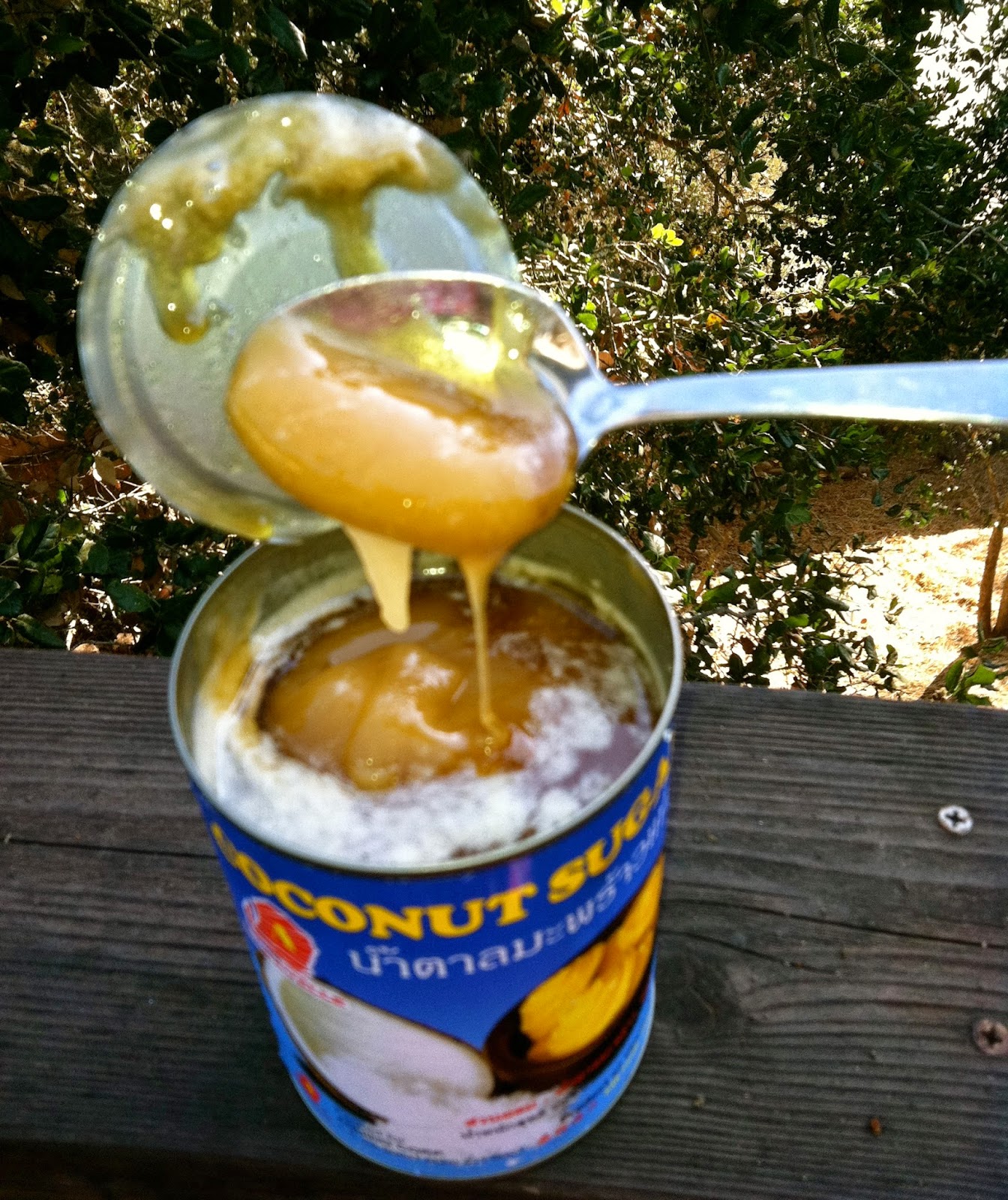 I went online to learn more about coconut sugar and discovered that this tropical sweetener has recently become trendy in the West, as some people believe it's healthier than cane sugar. I’d completely missed this trend, but lo and behold, Whole Foods does indeed carry bags of granulated coconut sugar that sell for five times the price of cane sugar. Is it five times healthier? Or is it the next agave nectar?
I considered buying a bag to compare to my creamy Thai coconut sugar, but that’s how my pantry got so full in the first place. No new products! Especially not ugly ones.

Also, I learned that there’s a problem associated with our growing appetite for coconut sugar. As David Thompson writes in Thai Food: “To make this sugar, the coconut tree is ‘bled’ of its sap; this depletes its nutrients and, as a consequence, the coconuts themselves are of inferior quality, or sometimes do not form at all.”

In other words, the more coconut sugar we eat, the fewer coconuts. Booming demand for coconut sugar could means more expensive coconut oil, coconut milk, and coconut water, at least in the short term.

The recipes that call for Thai coconut sugar are few and far between. Today I made this vanilla ice cream, which I chose because it looked simple and I wanted the flavors of the coconut sugar to have a chance to shine. That's tonight's dessert. There will be no dinner unless I stop typing right this second.
Posted by tipsybaker at 9/22/2014 06:56:00 PM