So this was Christmas 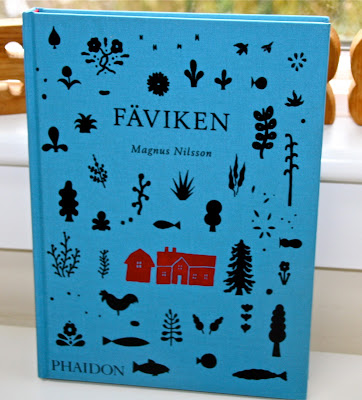 I got such great gifts this year, far better than I gave. My husband bought me Faviken, which is reportedly impossible to cook from but full of beautiful, stark pictures of rural Sweden and very interesting to read, with recipes for dishes like wild trout roe in a warm crust of dried pigs' blood. One recipe begins thusly: "The cow's heart should be put on ice immediately after slaughter, then brought out well in advance so that it comes to room temperature. Place the femur on the grill. . . "

He also gave me the rebar modern food cookbook, which I will definitely cook from. I don't know why they don't capitalize rebar, but they don't. As none of you will remember, I ate at rebar when I was in Victoria, B.C. earlier this month and someone recommended the restaurant's cookbook in the comments of this blog. Mark picked up on that. He's one of the most thoughtful gift givers I've ever known.

And then there's my sister who MADE me this 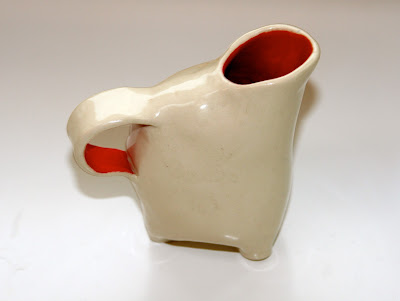 and bought us this painting 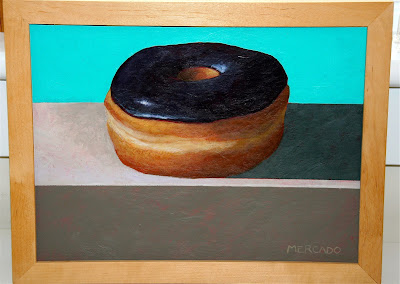 which I love. I've driven by the artist's studio for years and wanted to buy one of his paintings. How did she know? I never told her.

Isabel gave me some makeup and Owen gave me an extendable fly swatter. I made out like a bandit this year.

I didn't have to do much holiday cooking either, which was restful. My sister hosted the excellent Christmas meal (seafood pot pies! I need to ask what recipe she used because they were delicious) and I just contributed a coconut tres leches cake from The Homesick Texan. 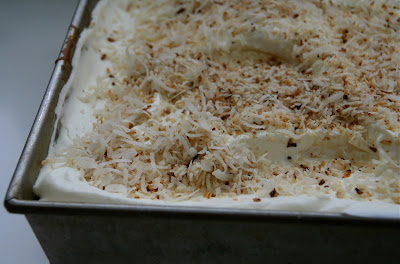 Is everyone familiar with tres leches cake? It's cake soaked in a sweet milk syrup. I first tasted it when I was an exchange student in Costa Rica in 1982 and I've never forgotten the delightful shock of soggy cake. Not for everyone, I suspect. Personally, I think coconut changes the whole character of this cake and I prefer it without, but everyone else was very enthusiastic. Or maybe just polite.
Posted by tipsybaker at 12/26/2012 08:04:00 AM