I'm an adventurous eater, but like most people I have a few intractable aversions. And they are pretty lame. I haven't drunk a glass of milk since I was 5 and I don't think I've ever eaten an entire egg. I like the yolk of a fried or soft-boiled egg, but the white makes me skin crawl. Hard-boiled eggs are out of the question as are deviled eggs and egg salad. But worst of all: scrambled eggs. I can barely stand to watch other people eat scrambled eggs. I would as soon eat a fetal duck egg as a scrambled egg.

I'm not sure zucchinis are in season, but they were in our CSA box, so I used zucchini as our seasonal vegetable and sliced up some potatoes. Swanson calls for a mere ounce of goat or feta cheese for 10 eggs, so I doubled that, given my need to disguise the eggs. I thought it was a very handsome frittata.

But while I was hungry, I was apparently not hungry enough. It was too eggy for me. At the same time, it was too full of zucchini for household scrambled egg lovers. "Not the best, Mom," said Owen. "No offense."

I don't fault Swanson's recipe. I just don't have a feel for egg cookery. We fed the leftovers to the chickens, who love eggs with a disturbing ardor. Which may have something to do, though I'm not sure exactly what, with why I'm turned off by eggs.

Last night, I made Swanson's tortellini salad using CSA broccoli and supermarket asparagus. It was tasty, but compared unfavorably to the orzo salad I described in a previous post, the recipe for which you can find here. Try it!

As I've mentioned, I'm going to cook from Guy Fieri Food next. It appeared in the mail and Owen has been flipping through it and folding back pages of he-man dishes like spaghetti and meatballs and pork ribs. Every day he asks me when I'm going to stop cooking from "the vegetable book." 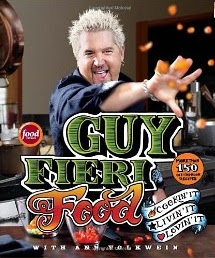 I know. But Owen has eaten a lot of tempeh and broccoli lately and I owe him. And for all the noisy graphics and dudespeak, the recipes in this book look delicious and solid.

-baked oatmeal. Because Soule Mama loves it.
-dilled green beans with seitan. Because I've never eaten seitan. (Or, as Buddy Garritty calls it, "satan.")
-repeat of the cauliflower soup. Because there's a CSA cauliflower to use up
-mostly not potato salad. Because there are CSA potatoes to use up.
-carnival cookies. Because: popcorn, peanuts, bananas, chocolate chips, ground almonds.
-Tutti frutti crumble. Because the picture is so beautiful.
-Bran muffins. Because I have been searching for the perfect bran muffin recipe since I was 18.
Posted by tipsybaker at 5/21/2011 10:10:00 AM