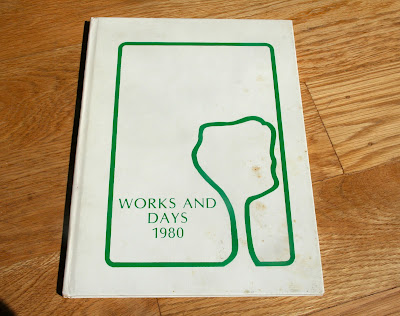 transference /trans·fer·ence/ (trans-fer´ens) in psychotherapy, the unconscious tendency to assign to others in one's present environment feelings and attitudes associated with significance in one's early life. . .

I'll start in the middle.

I used to be a semi-regular visitor to Smitten Kitchen, Deb Perelman's recipe blog. I read her posts and skimmed the hundreds and hundreds of loving comments appended to each one.  If you're unfamiliar with Perelman, though I doubt you are, she's a thirtysomething woman who lives in New York City with her husband and pre-schooler son and writes about cooking. Her chummy, confiding persona is that of a charmingly obsessive perfectionist. She's not my soulmate, but she's a real pro, cheerful and consistent in her posting, reliable and often inspired in her recipes, a strong photographer.

Yet I found myself holding back approval from her blog. When her book was published last fall, I bought it right away but again held back. I was even a little sorry when the first recipe I tried, the buttered popcorn cookies, turned out to be so delicious. I was reading her in a mean spirit, looking for faults. This is no way to read a cookbook or anything else.

Was it jealousy?  I wrote a cookbook that did fine and Smitten Kitchen wrote a cookbook that was a huge hit. I pondered this at length, because it seemed like the most obvious explanation. But while I should have been jealous of her sales, which translate into tangible benefits like money and professional opportunities, I didn't feel so much as a twinge of envy. It was something else. I thought and thought and then suddenly it was clear as day and since that moment of clarity I've had no problem with Deb Perelman at all.

I went to all-girls schools from kindergarten through 8th grade, a period I think of as my own private Dark Ages. I was excruciatingly shy and struggled to navigate the intensely social and socially intense culture of an all-girls school. I was constitutionally unable to sit on other girls' laps, talk baby talk, dance gracefully around the maypole (seriously!), excel at field hockey, join in spontaneous renditions of Rainbow Connection, or jump up when Fiona or Mindy walked into the lunchroom and cry out "Sit here! Sit here! I saved you a place!"

That's one of my chief memories of 8th grade: Mindy or Fiona entering the lunchroom and the competing cries of "Sit here!" "No! Sit here." The more one girl begged the harder the other girls would plead. They sounded like seals begging for sardines. I'm sure they thought I resembled a hermit crab, if they noticed me at all.

At the end of the school year there were tears and promises and big group hugs.Yearbooks were serious business, the pages blanketed with sentimental notes signed with nicknames that originated at slumber parties, every "i" dotted with a heart. There were drawings of flowers, drawings of Snoopy, smiley faces.

I tried to throw out my old yearbooks last year, but Mark made me keep them. In preparation for writing this post, I pulled out my 8th grade volume of Works and Days. I was sure I would have nervously solicited signatures from  Lisa Bransten, Lindsay Dunckel, maybe Leslie Howes and a few others. But there is only one signature in the book.
Fast-forward to 2013: Smitten Kitchen's most recent post got 261 comments. Mine got 14.

Do I need to connect the dots?

I wasn't envious of Deb Perelman's professional success as reflected in sales, which would have been sensible. I was envious of her popularity among girls. When I read her blog and the hundreds of comments I felt like I was back in 8th grade, standing meekly in the corner watching an outgoing girl get her yearbook signed. 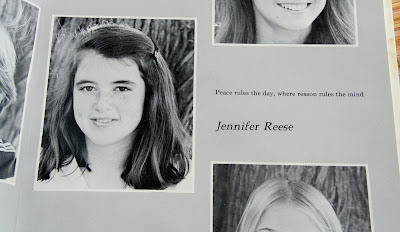 Just recognizing what was going on solved the problem instantly. I don't know how that works, but it does. I'm now very fond of Smitten Kitchen.


This is all just to say that our feelings about cookbooks can be far more complicated than whether we love a certain recipe for broccoli slaw. Which we do.

While I was flipping through that old yearbook, walking down bad memory lane, I saw a picture of Mr. Bell, who taught English and P.E. 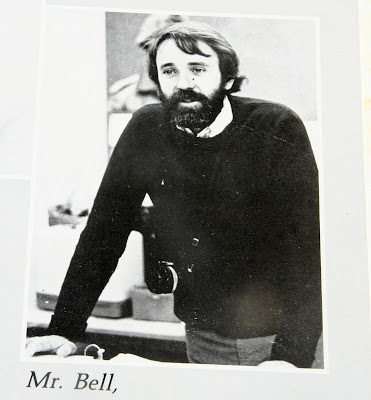 Mr. Bell was handsome, wasn't he? I didn't think so at the time, but a 13-year-old girl can't see past facial hair. Nor should she. I think Mr. Bell may have something to do with my Michael Ruhlman problem. He has everything to do with why I hate field hockey.
Posted by tipsybaker at 5/13/2013 10:30:00 AM