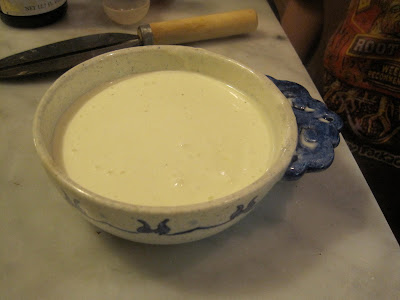 First the good.
- Milk mayonnaise. Please make this. It sounds odd and doesn't look like much, but it's much. The recipe and a beautiful description are here. I've made it two nights in a row and have a big crush.
- Isabel. She now makes dessert every evening after she finishes her homework. 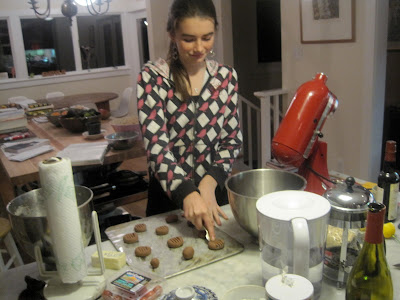 The Nigella Lawson cinder toffee didn't work -- she burned the sugar -- but she cleaned the pot herself without being asked. I was shocked. When I was 13, I would have left the pot for my mother and gone upstairs to watch Bob Newhart reruns.
- Isabel's brownies. 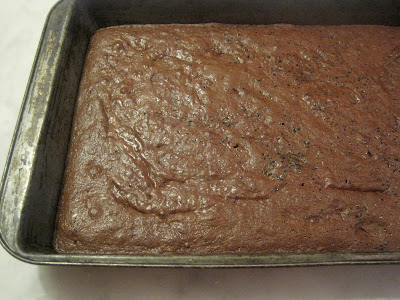 - Christmas tree is gone.
Now, the not so good and the ugly.
-The Moro tortilla was unwieldy and swimming in oil. The instructions call for you to flip the wet mass of egg, potato and onion, and  I seriously considered doing it. 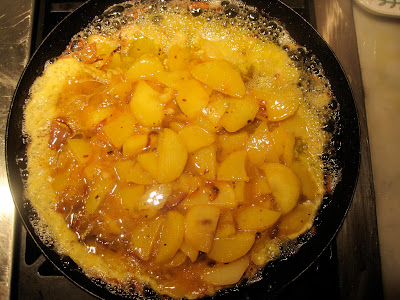 I stood there at the stove with a pot holder, ready to execute. Then I said, no, and put it under the broiler. 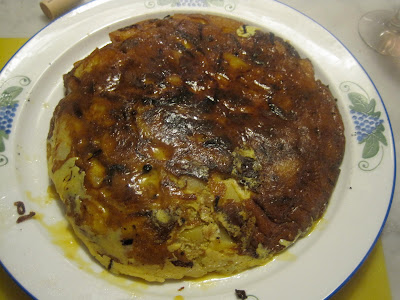 It wasn't attractive or delicious, but at least it wasn't on the floor. Accompanied by milk mayonnaise, an acceptable dinner.
-Moro roasted skate wing with caramelized garlic and sherry vinegar. 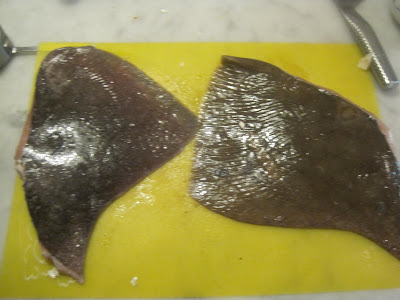 I went to the Chinese market to buy sardines or mackerel and when there were none to be had, decided to try skate wing, which was splayed out on the ice right next to the sole. Everyone loves sole, and the two fishes looked kind of alike. Skate wing is cheap: $2.99 a pound, which would be a steal except. . .
It's an extremely thin piece of fish covered with slippery gray skin and it really does sort of feather out at the edges, like a wing, or a fin. Handling the fish back home, I realized I didn't know what a skate was and went to the computer to check. 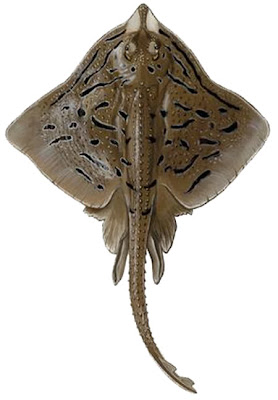 It's a relative of the ray. The Moro recipe calls for searing and then roasting the skate, which made a bad thing worse. 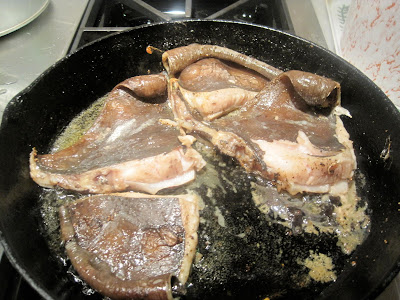 And though it tasted fine -- pleasant, even -- this was one of those mind-over-matter meals. Frankly, looking at this photograph, I'm appalled that we even tried.
- Cream of tartar biscuits from this recipe out of Yankee magazine. 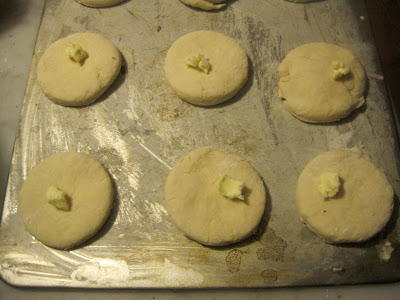 Jeff Bridges makes cream of tartar biscuits in Crazy Heart. I'd never heard of them, but found recipes all over the internets. And? They were intensely sour, flat, inedible. Straight to the chickens. I have to try again with another recipe.  Or is it possible I forgot to add the baking soda? It is possible. I really wanted a biscuit this morning.
Posted by tipsybaker at 2/11/2010 08:21:00 AM