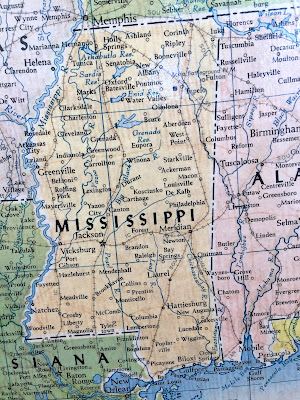 I wasn't cooking at all for a few weeks. I was busy one night and lazy the next and then Mark was out or Owen was out or I couldn't be dragged away from my marathon viewing of Shoah. It was great for a while, but eventually I started to feel slovenly and unhealthy. In the absence of leftovers, my non-dinner meals had devolved to cherry Hershey’s kisses left over from Christmas and spoonfuls of Jif straight from the jar. That’s not a droll hypothetical. That's a precise description of one of my lunches last week, and probably all of my snacks. There was another day when sustenance consisted of an orange, handfuls of Nabisco gingersnaps, and a chai latte.

Have you heard of Mississippi roast? Sit down, get comfortable, I'm going to tell you all about it.

A few weeks ago Sam Sifton wrote a story in the New York Times about the “improbable rise” of so-called Mississippi roast. The story was both fascinating and unintentionally hilarious, or at least I found it so at the time.

Over the last decade, a 5-ingredient, slow-cooker beef dish -- a.k.a. Mississippi roast --  has become a sensation among, as Sifton put it, “the mom-blog set.” A slab of chuck goes into your slow cooker along with a packet of Ranch dressing mix, a packet of au jus gravy mix, a stick of butter, and a few jarred pepperoncini.  Cook for 8 hours. Dinner.

Sifton tracked down the Mississippi woman who invented the recipe and the friend of hers who subsequently published it in a church cookbook, et cetera, et cetera (this was the fascinating part), until suddenly it was all over Pinterest and the blogosphere. One blogger quoted in Sifton’s story enthused that the roast passed “the hubby test.”

It didn’t quite pass the Sifton test.

Sifton: “Packaged dry ranch-dressing mix? Packaged dry gravy mix? These are built on foundations of salt and monosodium glutamate, artificial flavors, artificial colors, polysyllabic ingredients that are difficult to pronounce much less identify. Surely they could be replaced without increasing by much the prep time for the roast.”

He came up with a new version of the recipe that involves browning the meat "aggressively beneath a shower of salt and pepper and a coating of all-purpose flour that I hoped would create a fond, or base of flavor, to replace the gravy mix, and give some structure to the sauce.” Then he whips up some homemade ranch dressing. Sifton: “It was exactly the same as the original effort, and took about the same amount of time to make.” (Italics mine.)

I didn't have to try the recipe to know this was absurd. How I chuckled. The original Mississsippi roast was about the miraculous alchemy of a few unfussy supermarket ingredients in a crockpot. It was about magic. By turning it into just another recipe and using the word fond, Sifton missed the whole point.

I was awfully smug. Like I'm so folksy and unpretentious. I made Mississippi roast according to the traditional mom blogger recipe Saturday, emptying two packets of flavoring powder plus butter and pepperoncini onto a chuck roast. I love ranch dressing. I love butter. I was sure it was going to be delicious.

You've probably guessed from my long wind-up that a dramatic reversal awaits. I won't disappoint.

We sat down to dinner Saturday, I took a bite of the Mississippi roast and cried, “This is is terrible!”

Mark said, “I don’t know what you’re so upset about. This is really good.”

I’m not sure why this beef offended me so much. After all, I enjoy cloyingly artificial Hershey’s cherry kisses and love garbage like instant vanilla pudding. But Mississippi roast was so not my thing. Disgusting. I just don't get it. I’m sorry I ever doubted Sam Sifton. I bet his fancy Mississippi roast is delicious and worth the ten or fifteen extra minutes it takes to make, I can not recommend the original.

Last night, I continued the cooking revival by making the chicken albondigas (meatballs) from Zahav, which were good, though I thought they contained too much smoked paprika.

A word on meatballs. Everyone thinks they are an easy, homely, weeknight dish, but they're not. Meat loaf is an easy, homely, weeknight dish. Meatballs are a miserable chore. I forget this every time I decide to make meatballs and only remember when I'm in the middle of making meatballs. What is so hard about meatballs? A lot of things, but it mostly comes down to handwashing. If you’re shaping a meatball and the phone rings, you have to turn on the sink with your elbow and wash your hands to take the call. You have to wash your hands to turn on the stove. You have to wash your hands if your son wants you to come over and read his English essay. Then you often have to brown the meatballs "in batches." "Batches" is not a word you ever want to see in a weeknight recipe.

And in the end, you just have meatballs and no one is as impressed as if you’d made something truly easy, like, I don't know, cassoulet.

Gosh, I sound negative. I’m actually very cheery, A few things that have made me happy and might do the same for you:

*45 Years. It won't make you happy, exactly, but this movie will make you think and argue (in a good way) with your friends over what actually happened and whether the character played by Charlotte Rampling is justified in feeling as she appears to feel at the end, which I think she absolutely and clearly is. I can't say more without ruining it.

*I read John Waters’s wonderful book Role Models a few years ago and loved it so much I’m listening to it now in the car and I love it just as much, maybe more, because Waters narrates with personality and wit. This book really does make me happy. I find the irony and outrageousness of Waters' movies wearisome, but his writing charms me. He’s an enthusiast whose exuberant, almost wholesome, delight in eccentricity is infectious and life affirming.  Parental warning: I used the words “almost wholesome.” There are a couple of chapters here that must be avoided when driving carpool.

*Typing the name “Waters” reminded me to say that if you’re ever in San Francisco, the David Ireland House, which I toured last week, is extraordinary and worth a visit. It’s a lovely old Victorian that Ireland, a conceptual artist, used as his canvas, so to speak. You can read all about it here. At the end of our tour of this bizarre, entrancing house the guide had us sit at Ireland’s dining room table which is set with silver bowls filled with cement, candles stuck in blobs of cement, and perfectly round cement balls. She asked if we had any questions. Having heard that Ireland threw raucous dinner parties at this table, I asked, “What did David Ireland cook?” She said, “He cooked very basic things but he was in a relationship with Alice Waters so he certainly ate well.” I said, “A relationship relationship?” She said, “Yes, a relationship relationship.”

I like to keep this blog nominally about food and I think that brings us back around. 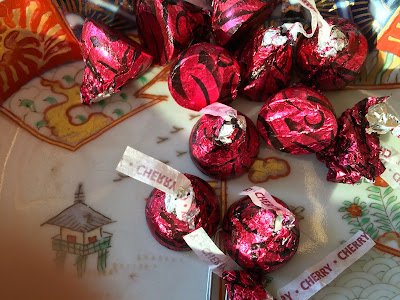