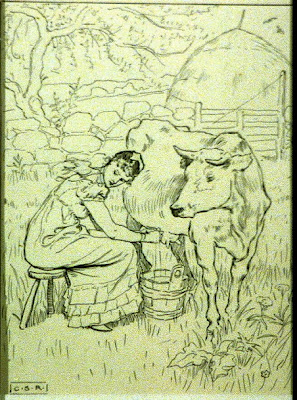 Until week before last I'd never experienced syllabub, the whipped concoction of cream, sugar, and alcohol that was popular in Britain during the 17th and 18th centuries.

There are three syllabub recipes in Classic Desserts and, given that antique desserts with silly/poetic names have always appealed to me, I felt I had to make one.

I chose the so-called everlasting syllabub, which Classic Desserts editor Richard Olney excerpted from one of Elizabeth David's books. It is wonderfully simple: In a bowl, combine the zest and juice of one lemon with 2 tablespoons brandy and 1/2 cup white wine. Infuse overnight. The next day, pluck out the lemon peel and beat the liquid with 1/4 cup sugar and 1 1/4 cups heavy cream until it forms soft, billowy peaks. Spoon into small glasses and grate a little nutmeg on top.

I thought, here goes nothing. Another weird creamy dessert. But it was love at first bite. This syllabub was tart, sweet, light, airy, rich, boozy, all the flavors and elements in perfect balance. A recipe for the ages. Even Mark thought so. Make this. It may not be exactly to your taste, but I think you'll have to agree that there is something magical about it.

I was so crazy about the Elizabeth David syllabub that the following day I made cider syllabub using a recipe from Anne Willan’s Cookbook Library. Willan’s recipe is older than Elizabeth David’s, dating back to 1660 when people still treated syllabub as a drink. Although I served the cider syllabub with a spoon, it was actually a beverage with a thick, foamy head. Or, as Willan puts it, “a feisty liquid topped by a creamy mousse.” I liked it almost as much as Elizabeth David's syllabub. Mark liked it better.

I wanted to know more about syllabub, so I looked it up in The Oxford Companion to Food:

It has often been said that the primitive method of making syllabub, ensuring a good foam, was to partly fill a jug with sweetened, spiced white wine or cider, and to milk a cow directly into it. When this technique was critically examined, and subjected to experiments, by Vicky Williams (1996), it was found to be unsatisfactory; and it began to seem doubtful whether it had ever been a common practice. Ivan Day (1996b) crowned the debate on this particular question by a historical and technical survey of the whole subject of syllabubs, now the locus classicus.

Locus classicus? Sheesh. So much for my American education.

The fact that there are people "critically examining" syllabub and "subjecting it to experiments" interests me more than syllabub itself. And I'm pretty interested in syllabub.

If you have 15 minutes to spare, there are worse ways to waste them than in reading Ivan Day's paper on syllabub. It's scholarly but funny. Day attempted milking a cow into his syllabub and reports:

Unless your syllabub cow is extremely well-groomed, the congealing milk will also be garnished here and there with cow hairs and the odd speck of bovine dandruff, a most unappetising prospect, at least to our modern eyes. It is possible that a farmhand would have happily slaked his thirst with a rude refreshment of this kind, but surely not an aristocratic banqueteer expecting a “daintie silla-bub” in a delicate spouted glass.

Even if you don't read the paper, you should check out Day's web site. For me, it was like falling through a trap door into fantasyland. Pink Twelfth Night cakes, sugar sculpture, jelly moulds. My personal dream.

On another subject, thanks to the reader who recommended Amy Thielen's New Midwestern Table which I picked up at the library. It’s a handsome cookbook, full of dishes I’ve never heard of, like runzas, which appear to be something like Nebraskan piroshki. I have not make those, but did make Thielen's cracker crust pizza. It was easy and very good and I’m not sure anyone but me noticed that the crust was unleavened and totally flat. We are not talking about a discerning audience here. The crust recipe is here.

The other New Midwestern dish I tried was the smoked oyster dip. Hugely popular at my sister’s birthday party. I should note that the recipe contains what I believe to be a significant typo, calling for a 13-ounce tin of smoked oysters when I am quite sure Thielen meant to call for a 3-ounce tin. Anyway, that’s what I used and, as I said, the dip was great.
Posted by tipsybaker at 11/30/2013 10:06:00 AM